September 30, 2021 Comments Off on NAMA to conduct mock exercise on volcanic eruption at Abuja airport 592 Views

This is in compliance with requirements of the International Civil Aviation Organisation (ICAO).

NAMA General Manager at NAIA, Mr Robinson Baazo, said in Abuja on Thursday, September 30, 2021 that “we want to practice how to handle volcanic eruptions and how it affects aviation basically.

“Some years ago, there was volcanic eruption in neighbouring Cameroon.

“Basically, volcanic eruptions affect aviation tremendously when there is earth eruption in the air,’’ he said.

He lamented paucity of funds, which he said had restricted the acquisition of basic equipment and limited the effectiveness and efficiency of NAMA.

Baazo said, however, that there had been great improvements in Nigeria’s aviation sector compared to developments six years ago.

He said there had been improvements in facilities and stakeholders now adhered more to aviation laws.

Mr Macel Onwuakpe, Search and Rescue Mission Coordinator at the airport, said that ICAO normally carried out career audits on airports within their contracting states every five years.

He added that ICAO could no longer wait for five years more before conducting its inspection.

“ICAO conducts its `Continuous Validation Monitoring’ in less than two years, even in less than a year interval.

He said NAMA would call for stakeholders meeting and conduct workshops to prepare for the exercise.

“The workshops and stakeholders meeting coming up on Oct. 6 is to create awareness and sensitise people about the impact of volcanic eruptions on aviation itself,’’ Onwuakpe said. 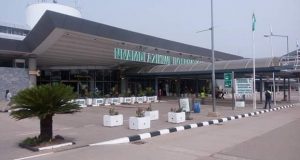