An innovative Nationally Appropriate Mitigation Action (NAMA) in Colombia that integrates transport and land-use planning at the local level can now move to implementation following a 14.7 million euro grant from the NAMA Facility. 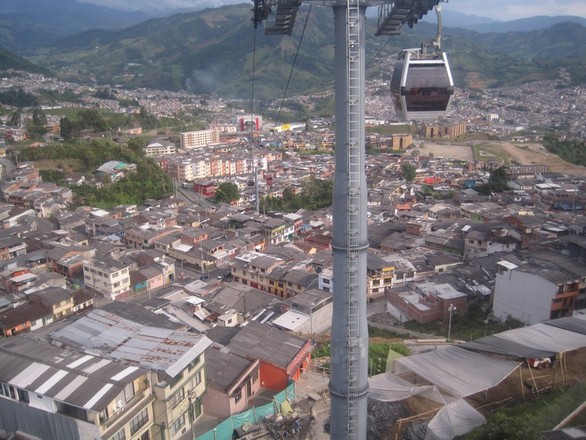 Manizales, Colombia, is focusing on a pedestrian-oriented redevelopment of its historical town centre to promote accessibility and social inclusion around a recently inaugurated station of the public cable transportation system

Transport is Colombia’s fastest growing sector in terms of energy consumption and GHG emissions. Motor vehicles are also the dominant source of air pollution, responsible for more than 95 percent of carbon monoxide and nitrogen oxides emissions in metropolitan Bogotá. A University of Los Andes analysis indicates that driving in Colombia is expected to quadruple over the next 30 years, exacerbating to traffic congestion and emissions. TOD can play an important role in mitigating this growth in driving to help Colombia meet national climate mitigation goals and advance sustainable and equitable economic growth.

Colombia, already a leader in implementing bus rapid transit (BRT) systems (having successfully implemented BRTs in six large cities) and currently structuring new public transport systems for medium-sized cities, was ready to take on a more integrated approach to tackle traffic and GHG emissions over the long term – one that coordinates land-use and transport systems, and integrates with social housing policy.

The Center for Clean Air Policy (CCAP), worked on the ground with leading Colombian stakeholders to develop a proposal for the TOD NAMA in order to finance and implement transit-centered neighborhoods.

At the core of the NAMA is the creation of an independent center for the promotion of transit–oriented development (CIUDAT), housed within the national development bank, Findeter. CIUDAT provides cities with technical and financial assistance on TOD implementation, based on locally specified needs. CIUDAT also serves a policy advisory role to advance and harmonise national policy goals on urban transportation, housing and environment, economic development and social equity.

Before development of the TOD NAMA, there had been insufficient policy integration and coordination among public entities, and limited public-private collaboration. The TOD NAMA was designed to address many of these barriers to implementation, as well as to increase local capacity for TOD projects. The NAMA’s innovative approach promotes coordination between five government agencies: Transportation, Environment, Planning, Housing and the National Development Bank (Findeter). CIUDAT is governed by a Board made up of vice ministers and directors from these five organisations, with CCAP providing advisory input. Technical and policy experts from the six bodies now meet regularly as the advisory committee to CIUDAT to guide NAMA implementation.

The TOD NAMA will target investment to at least three pilot projects in Colombia’s cities to serve as demonstration cases to catalyse and inform replication of the TOD model across Colombian cities. Three cities have been identified as having promising catalytic project opportunities: Cali, Medellín and Manizales.

Cali is transforming an old rail corridor, which currently divides the city, into a vibrant, pedestrian-friendly zone connecting housing, public space and commerce.

Medellín is undertaking a public-private partnership for TOD around a new metro station in a former industrial area to respond to growing market demand for development in an under-utilised area of the central river valley.

Manizales is focusing on a pedestrian-oriented redevelopment of its historical town centre to promote accessibility and social inclusion around a recently inaugurated station of the public cable transportation system.

Findeter is proving technical assistance on TOD planning to three other cities – Montería, Bucaramanga and Pasto.

The NAMA has received an additional 1.5 million euros from the French Agency for Development (AFD) to support TOD planning in Cali and analysis of “value capture” policy opportunities to direct a portion of increases in land value to support TOD implementation.

The TOD NAMA is projected to reduce annual GHG emissions by 3.5 to 5.5 million tons of carbon dioxide equivalent by 2050. In December 2013, the TOD NAMA was preliminarily selected by the NAMA Facility.

The project went through an extensive appraisal process, which included further development of the implementation structure and institutional organisation of the NAMA. While this appraisal process took longer than expected, the time allowed for improved coordination between the technical and financial components of the project and for refining meaningful and practical indicators. During the appraisal process, Colombia and CCAP ensured that the NAMA maintained momentum at the national and local levels to ensure an efficient launch. Funding for the project began in August 2016. 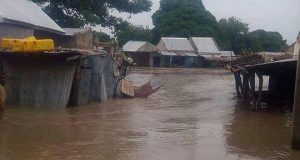 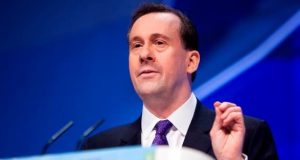