West Africa is home to about 317 million people. Communities in the sub-region and the entire sub-Saharan Africa depend strongly on rainfall where 65 percent of the labour force and 95 percent of the land is devoted to agriculture.

Scientists portend that if the Five-Sigma Model relative to climatology occurs, Africa may be faced with a monsoon that will affect the sub-region. But the concept indicates that there is only one chance in a million years likelihood for it to occur.

The monsoon is traditionally defined as a seasonal reversing wind accompanied by corresponding changes in precipitation, but is now used to describe seasonal changes in atmospheric circulation and precipitation associated with the asymmetric heating of land and sea. Usually, the term monsoon is used to refer to the rainy phase of a seasonally-changing pattern, although technically there is also a dry phase.

Monsoons are large-scale sea breezes which occur when the temperature on land is significantly warmer or cooler than the temperature of the ocean. These temperature imbalances happen because oceans and land absorb heat in different ways. Over oceans, the air temperature remains relatively stable for two reasons: water has a relatively high heat capacity  and because both conduction and convection will equilibrate a hot or cold surface with deeper water (up to 50 metres). In contrast, dirt, sand, and rocks have lower heat capacities and they can only transmit heat into the earth by conduction and not by convection. Therefore, bodies of water stay at a more even temperature, while land temperatures are more variable.

ALSO READ:  WHO, SRADev push to phase out lead-containing paints

There is no consensus about how precipitation will change over West Africa in a warming climate as most of the studies appear contradictory. This is because less than 66 percent of the global models agree on the sign of the change in precipitation over West Africa. Also, more than 1/3 of these models do not represent the monsoon. According to scientists, the models that that do, typically misrepresent the spatial patterns and intensity of monsoon precipitation.

There is however an agreement that the huge population in the sub-region is vulnerable to climate variability.

According to scientists Gil Mahe and Jean-Emmanuel Paturel, since 1970, West Africa has experienced one of the most abrupt changes in climate since weather data began being recorded in 1896. Mahe and Paturel, who studied rainfall patterns in the sahel between 1896 and 2006, concluded that drought was still continuing in the region even if annual rainfall had increased since the very dry periods in the 1970s and 1980s.

Meanwhile, a map released recently has shown that marine protected areas now cover 2.8 percent of the global ocean – an area larger than Europe. The map is based on data provided by the World Database on Protected Areas, run by the International Union for Conservation of Nature (IUCN) and the United Nations Environment Programme (UNEP).

The map shows an increase of 0.6 percent in the ocean area protected since 2012. In 2010, most of the world governments agreed to protect at least 10 percent of the world’s marine and coastal zones by 2020.

“It’s encouraging to see the progress we’ve made so far,” says Carl Gustaf Lundin, Director of IUCN’s Global Marine and Polar Programme. “Protecting less than three percent of the ocean is still not enough to ensure its sustainable conservation. However, if we continue to increase this area by one percent each year, we should be able to reach the agreed 10 percent by 2020. We’re hoping that this map will make this process much more efficient.”

The map makes global marine protected areas easily accessible to marine specialists and the public for the first time. It offers the possibility to track progress towards protecting the ocean and identify those protected areas that have not yet been included in the map.

The map shows how progress in the last few years has been boosted by the addition of large offshore marine protected areas, complementing the many smaller sites that exist in inshore waters of many countries. Such developments are visible around the national waters of Australia, France and West Africa.

“Countries that are doing well should help others that are having difficulties in protecting their marine heritage due to overpopulation or lack of capacity and resources,” says Dan Laffoley, Principal Advisor on Marine Science and Conservation of the IUCN Global Marine and Polar Programme. “This map should make it easier for countries to collaborate with others. It provides a new level of transparency drawing from the official statistics to track progress against the 10 percent target.”

The oceans cover more than 70 percent of the earth’s surface. More than 3.5 billion people depend on them for food, energy and income. By protecting the ocean’s natural and cultural resources, marine protected areas play a central role in addressing some of the global development challenges of today, such as food and energy security, poverty and climate change. 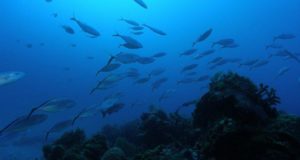 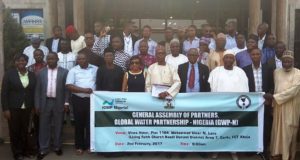 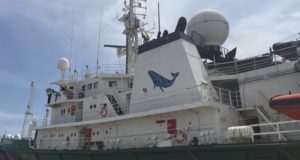 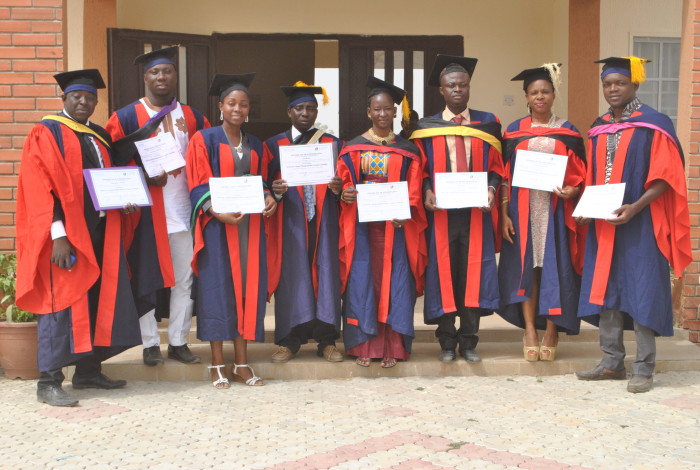 The Federal University of Technology in Minna (FUT Minna), Niger State has produced its second ...