Mercury: CSOs demand end to Africa’s use of dental amalgam

Over 30 Civil Society Organisations (CSOs), including the Sustainable Research and Action for Environmental Development (SRADev) Nigeria, have signed a declaration calling for Africa to be the first continent on the planet to end the use of mercury in dental care. 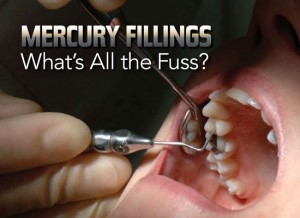 Amalgam fillings are 50% mercury, a major neurotoxin. According to the activists, its continuous use is not justified because alternatives are now affordable, effective and available in Africa. The restriction of its use is demanded worldwide in the new Minamata Convention on Mercury, adopted by more than 140 governments and the EU in 2013, in Kumamoto Japan signed by 120 nations as at today (including Nigeria) and pending ratification.

Leslie Adogame of SRADev Nigeria said:“We are calling on Africa to be the first continent in ending the use of mercury-based dentistry. In the whole world, amalgam use is lowest in Africa, so we are nearer to the finish line than any continent.”

The CSOs say that the toxic trade in dental mercury – which can be diverted into illegal gold mining uses – needs to be ended. The surest route is to have a ban on the use of dental amalgam in all countries of the continent, and have mercury-free dentistry, they insist.

Mercury-free dentistry is growing in Africa. Recent studies in Côte d’Ivoire and Tunisia show that, already, almost 30% of dentists are using alternatives to dental amalgam.

The request follows the existence of sound scientific evidences that mercury can damage children’s developing brains and nervous systems even before they are born.” In addition to the literature, the Minamata Convention on Mercury adopted in October 2013, noted that the world recognises dental amalgam as a major environmental pollutant which requires each participating nation “to phase down the use of dental amalgam.”

Similarly, the CSOs are clamouring for Africa to become the first continent to phase out the dental amalgam.

The call is contained in the CSOs’ declaration made in Abuja in May 2014 towards Mercury-Free Dentistry for Africa. The declaration highlights that mercury, which is used in dental amalgam, is a restorative material that is approximately 50% elemental mercury, and is a notorious heavy metal of global concern that is known to be a potent poison of the human nervous system.

The CSOs’ concern is raised based on the fact that dental mercury accounts for 10% of annual global mercury consumption and 260-340 metric tons of mercury pollution around the world each year.

The dental amalgam mercury enters the environment via many pathways, polluting air via cremation, dental clinic releases, and sewage sludge incineration; water via human waste and dental clinic releases to septic systems and municipal wastewater; and soil via landfills, burials, and fertilizers. Once dental mercury is in the environment, bacteria in soils and sediments may convert it to methylmercury, a highly toxic form that builds up in fish, shellfish and animals that eat fish, thereby making fish and shellfish the main sources of methylmercury exposure to humans.

In the dental workplace, uncontrolled mercury vapours are a major occupational risk, especially to young women of childbearing age.

The CSOs are also reminding the African countries on their efforts during negotiations of the Minamata Convention. They worked hard to make sure that reduction in dental amalgam use specifically be included in the treaty, forcefully arguing for the phase out of amalgam generally and for an end to amalgam in milk teeth specifically. In the African Regional consultation held in Pretoria on 9th May 2012, the African Region adopted a plan for dental amalgam – the phase-down steps – that, coupled with subsequent amendments, was enshrined into the treaty. The reference is also made to the Libreville Declaration on Health and Environment in Africa (August 2008).

The phase down is possible since Mercury-free dental restorative materials are far less expensive than dental amalgam when environmental and societal costs are factored in.The costs of using mercury-free options (including retreatment) is about half the cost of amalgam without retreatment, making this mercury-free technique significantly more affordable in low-income communities, particularly in areas without electricity or dental clinics.

The World Health Organisation (WHO) report Future Use of Materials for Dental Restoration,  says that “recent data suggest that RBCs (resin-based composites) perform equally well” as amalgam – and offer additional oral health benefits because adhesive resin materials allow for less tooth destruction and, as a result, a longer survival of the tooth itself.

The CSOs call the African countries to work together and make Africa the first continent with mercury-free dentistry – considering that the current amount of dental amalgam used in Africa is much closer to zero than in any other continent. In 2010, the sub-Saharan African region used just six tons of dental mercury.

In addition, the CSOs call the countries to adopt effective amalgam phase down strategies that have been proven in nations that have already phased out or significantly reduced dental mercury use by raising awareness about dental mercury to parents, consumers, dental workers, health professionals, and educators, promoting the benefits of non-mercury dental restorative materials, considering government programmes and insurance policies that favour non-mercury dental restorative materials among others.

Furthermore, the CSOs call African countries to reject the double standard mentality which infers that Africans must accept toxic chemicals that the rest of the world rejects.