Participants at the recently concluded Seoul Mayors Forum on Climate Change, which held recently in Seoul City Hall in Korea, presented an open letter to leaders at the G20 Summit that ended on Monday in Hangzhou, China. The mayors from the G20 country cities are calling on the leaders to build a low-carbon and non-violent world. Excerpts: 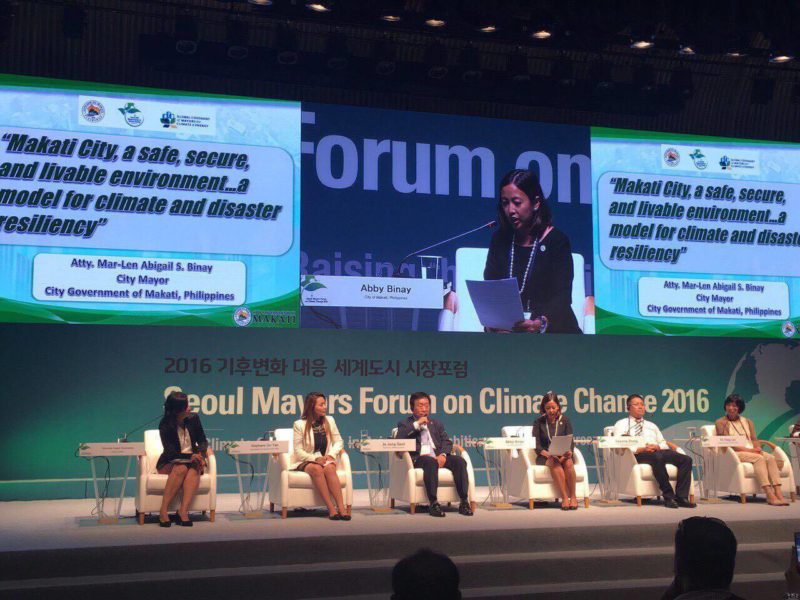 We, mayors of the major cities within the G20, call on our national leaders to work with us to build a low carbon, climate safe world.

In December 2015, you showed vital leadership by adopting the ground-breaking Paris Agreement. This was an unprecedented display of global solidarity and commitment to action, and we commend your efforts in taking steps to ratify it as soon as possible, allowing its entry into force in the upcoming months.

However, this is only the first step along the road towards our low carbon, climate safe future. To limit the global temperature increase to 1.5 degrees Celsius above pre-industrial levels, global greenhouse gas emissions need to peak by 2020. Achieving such a rapid shift is probably one of the greatest political, economic and practical challenges faced by every national leader, but you do have great allies in this task: we, the mayors of the megacities of the world.

As mayors, we are already dealing with the consequences of climate change on our cities, from floods to heat waves, and from water shortages to air pollution. Yet, we know that cities are a key part of the climate solution. From the rollout of fleets of electric buses in Chinese cities; the moves by European, South American and Indian cities to ban the most polluting cars from city centres; the retrofitting of tens of thousands of buildings across North American cities to deliver greater energy efficiency and dedicated low-carbon districts in cities worldwide, we are taking bold actions to cut emissions and prepare for the worst effects of a warming planet. In Paris, we collectively committed to deliver up to 3.7 gigatons of greenhouse gas emissions reductions annually by 2030.

We have also seen first-hand that our climate action brings significant co-benefits to our communities, from improved public health, cleaner air, faster economic growth and more equity.  There is no trade-off between climate action and development: delivering on the Paris Agreement will help us all implement the 2030 Sustainable Development Agenda, and vice-versa.

Many of us are also committed to the Compact of Mayors and the newly formed Global Covenant of Mayors for Climate & Energy which captures the commitments of more than 7,100 cities in 119 countries representing more than 600 million residents. By aligning our efforts, the Global Covenant allows us to collaborate on a greater scale, bridging gaps and building connections. Quantifying the collective scale and potential for cities to cut emissions and deliver low carbon societies serves to increase our collective impact in the fight against climate change.

For the major cities of the world it is already clear that the faster we move to a low carbon economy, the greater will be the improvement in urban citizens’ standards of living, and the stronger and more sustained will be the economic development that makes that possible. That is why we are all making a commitment, as part of the C40 Cities Climate Leadership Group (C40), to set out concrete plans for how we will deliver the goals of the Paris Agreement in our cities. We want our citizens, markets and other political leaders to know that we are serious about making the Paris Agreement a reality. We call on the heads of states from our respective nation states to do the same.

As members of the C40 we understand the value of co-operation to drive ambition. Just as the G20 is the world’s premier forum for international economic cooperation, C40 has proven the power of the world’s megacities, both the Global North and Global South, working together to tackle the global threat of climate change.

Similarly, we must improve collaboration between national, regional and local governments, as we all work towards the shared objectives, of delivering a low carbon, sustainable world for the next generations. The ambition of the Paris Agreement, will require unprecedented collaboration and innovation. We stand ready for the challenge ahead.

Patricia de Lille, Mayor of the City of Cape Town