As part of the UN Climate Change subsidiary body sessions, which took place from May 31 to June, 17, 2021, 32 developed and developing country Parties took part in a series of online discussions to highlight key domestic actions to address climate change.

For developed countries, the Multilateral Assessment (MA) is the final stage of the International Assessment and Review (IAR) process.  At this session, 20 developed country Parties presented an overview of their climate actions, as reported in their 4th Biennial Reports, and responded to questions from the other participating Parties.

For developing countries, the Facilitative Sharing of Views (FSV) is the final stage of International Consultation and Analysis (ICA.) Over the past three weeks, 12 developing country Parties presented updates on their climate actions and discussed where support is needed. They also engaged in further discussion with other countries to answer questions and share their experience.

Together, MA and FSV form the core of the multilateral transparency processes set up under the Convention in 2010, with the shared aim of better understanding countries’ efforts to reduce emissions and address climate change. Both processes enable countries to exchange views on climate actions and better understand what is needed to strengthen their capacities for further actions.

Reflecting on the importance of these transparency processes to effective global climate action and the transition toward a single, universal transparency framework, UN Climate Change Executive Secretary, Patricia Espinosa, stated: “Both the Multilateral Assessment and the Facilitative Sharing of Views represent vital components for increasing ambition to tackle climate change. Because both processes allow for a productive exchange of experiences and practices, the end result improves reporting and enhances ambition.

Echoing this sentiment, Keiko Segawa, Deputy Director General of Japan’s Ministry of Environment, thanked the Secretariat for the opportunity to present their climate change policies and progress to the audience, adding that “Multilateral Assessment is an important mechanism to ensure transparency and comparability of mitigation efforts and to share experiences.”

Over the course of the four parts, Parties engaged enthusiastically in the question-and-answer segment, with presenting Parties thanking others for their questions and elaborating on their domestic climate actions.  Despite the virtual format and often considerable differences in time zones, a total of 169 questions were asked to the 20 Parties who underwent MA, representing a significant increase over the 69 questions posed to the 10 Parties during the November 2020 Climate Dialogues. Participation in the virtual format was high, and comparable to past in-person MA events.

Equally notable this session was that considerable attention was given to all Parties, with many questions posed to smaller economies as well as the larger ones.  However, as a result of the active participation of participants, the allocated time was not always sufficient, so a number of Parties were requested to provide additional information in written form on the MA website.

Parties also did not shy away from providing information on topics beyond the official mandate and scope of the MA.  This session was notable in that many Parties commented not only on climate finance provided to support action in developing countries, but also on domestic adaptation actions, both of which are typically not raised in MA.

For example, Ireland spoke about doubling the climate component of its foreign aid, with a majority share of its support to be provided to adaptation efforts in Least Developed Countries and Small Island Developing States.

Other Parties highlighted new and emerging issues, such as Just Transition and green post-COVID recovery plans.  For example, under the Law of Climate Change and Energy Transition, Spain has banned all new fossil fuel subsidies, and as part of its Recovery, Transformation and Resilience Plan, €28 billion will be invested in climate-related projects and programmes to help achieve a “green transition”.  Similarly, Austria’s recovery plan, which includes a €3 billion investment in a wide range of economic recovery initiatives stipulates that no support will be allocated to fossil fuels.

The 10th workshop of the facilitative sharing of views (FSV) was held from June 2 to 14, 2021.  Some 12 developing countries – Andorra, Antigua and Barbuda, Argentina, Benin, Botswana, Costa Rica, Kuwait, Lebanon, Maldives, Peru, the Republic of Korea, and Uganda – shared updates on their progress with climate action and related capacity-building needs.

Questions and answers discussed during the workshop were focused on the lessons learned and the experience of the participating countries, in terms of taking actions and reporting relevant information transparently.

The developing countries presented information on their updated climate targets, including long-term goals. At the FSV workshop, the Republic of Korea announced its plan to submit a more ambitious mitigation target by COP26, in line with its recent goal to achieve carbon neutrality by 2050.

Andorra also reaffirmed its plan to achieve carbon neutrality by 2050, while Costa Rica shared its efforts on green recovery from COVID-19 pandemic. Peru mentioned that it is currently updating its national strategy for climate change for 2050.

The mitigation actions presented by developing countries are mostly focused on the energy sector, such as promoting the use of renewable energy and increasing energy efficiency. Meanwhile, many countries are also taking broader actions in other sectors, including waste, forestry, agriculture and industry.

In addition to the sectoral actions, some developing countries have introduced cross-cutting measures to accelerate the mitigation efforts. For example, the Republic of Korea shared its progress on its national emission trading system launched in 2015. According to the Party, the total volume traded in 2019 was increased by 6.7 times compared to 2015, while the average trading price was increased by 2.6 times.

In addition, countries shared their ongoing efforts for the transition to the enhanced transparency framework under the Paris Agreement, which will require more rigour and depth in reporting on climate change. During the FSV workshop, several developing countries, such as Antigua and Barbuda, Benin, Costa Rica, Kuwait, Maldives, and Lebanon, shared their efforts to develop or strengthen their domestic system to improve measurement, reporting and verification of climate-related information.

Moving towards an enhanced transparency framework

Throughout the SB sessions, both developed and developing countries attested that the transparency process helps them improve their reporting systems over time and make better informed policy choices.

Looking forward, and building on the experience of the current processes, the Enhanced Transparency Framework (ETF) under the Paris Agreement will bring both developed and developing countries together into a single process.  The ETF will continue to help countries strengthen their efforts to gather and share relevant data and track progress of climate actions and support. 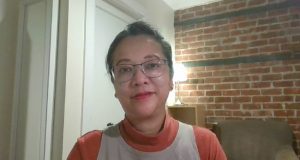 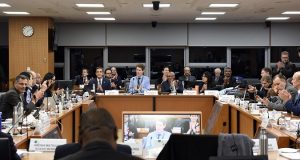