The popular media and the public often confuse a number of concepts and issues related to climate change. I was at a technical review meeting late in 2014 when a “scientist” insisted that climate change is the same as global warming. Despite some clarifications and even protests from many other colleagues, our scientist stood his ground. I kept my cool to avoid unnecessary rancour that may end up exposing the ignorance of many scientists and practitioners that claim to be climate change experts after attending one or two conferences or trainings. But I am not surprised. 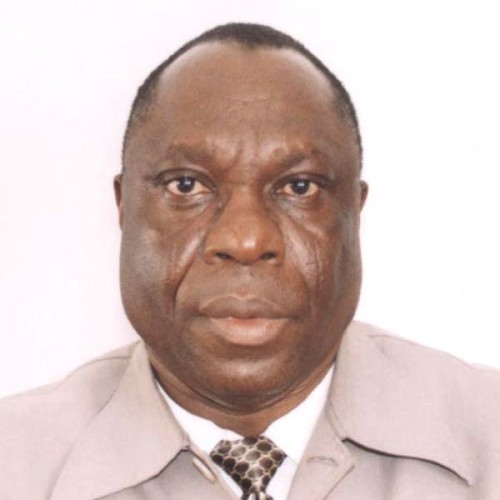 The inter-disciplinary and multi-sectoral nature of the global discourse on climate change has aroused so much interest that everyone jumped on its discussion train to start linking all aspects of human existence and development to climate change. It is, therefore, not surprising that some so-called “experts” started to warn the country that the type of tsunami that affected Asia in 2011 and hurricane Sandy that battered New York in 2012, both of which are indicative of the amplified effects of global warming, could occur in Nigeria.

A tsunami is a series of ocean waves that sends surges of water, sometimes reaching heights of over 30 meters, onto land. Tsunamis are typically caused by large, undersea earthquakes at tectonic plate boundaries. About 80 percent of tsunamis happen within the Pacific Ocean’s geologically active area, where tectonic shifts make volcanoes and earthquakes common.

With proper understanding of the scientific bases for these extreme events, it would have been very clear that the probabilities of their occurrences in Nigeria are more or less zero. The danger, therefore, is that if terminologies are not too clear to “scientists” or the media, how will they be able to convince policy makers to take appropriate actions in recognition of the danger which climate change poses and the imperative for a climate resilient society?  To help the general public and further enlighten many scientists and practitioners of diverse backgrounds that are interested in the climate change discourse, some key climate change-related terminologies are explained in the following (Main Sources: IPCCC AR5, 2014; UN-Habitat, 2011):

Adaptation: initiatives and measures to reduce the vulnerability of natural and human systems against actual or expected climate change effects.

Adaptive capacity: the whole of capabilities, resources and institutions of a country or region to implement effective adaptation measures. Adaptive capacity is the opposite of vulnerability (see below).

Adaptation deficit: the lack of adaptive capacity to deal with the problems associated with climate variability. For example, many cities in Nigeria already show adaptive deficits within the current range of climate variability without regard to any future climate change impacts. In many of our urban centres, the main problem is the lack of provision for infrastructure (all-weather roads, piped water supplies, sewers, drains, electricity, etc.) and the lack of capacity to address this. Once they are not available, they cannot be climate proofed, a critical element of adaptation.

Climate: average of many weather events over of a span of time, normally 30 years.

Climate change: a change in the state of the climate that can be identified (e.g. by using statistical tests) by changes in the mean and/or the variability of its properties, and that persists for an extended period, typically decades or longer. Climate change may be due to natural processes, or to persistent anthropogenic changes in the composition of the atmosphere or in land use.

Climate variability: variations in the mean state and other statistics (such as standard deviations, the occurrence of extremes, etc.) of the climate on all spatial and temporal scales beyond that of individual weather events. Variability may be due to natural internal processes within the climate system, or to variations in natural or anthropogenic external forcing.

Extreme (weather or climate) events: the initial and consequent physical phenomena including some (e.g. flooding) that may have human components to causation other than that related to the climate (e.g. land use or land cover change). Extreme events are often described by their expected frequency of recurrence. A “25-year event” has a statisti­cal expectation of occurring once in 25 years, on aver­age. The longer the recurrence period, the more severe the event will be.

Global warming: the documented increase in the average temperature of the Earth’s near-surface air and sea surface temperatures based on records since the 1880s and the projected continuation of these increasing temperatures.

Greenhouse gases (GHGs): those gaseous constituents of the atmosphere, both natural and anthropogenic, that absorb and emit radiation at specific wavelengths within the spectrum of thermal infrared radiation emitted by the Earth’s surface, the atmosphere itself and by clouds. This property causes the greenhouse effect. Key GHGs include carbon dioxide, methane, nitrous oxide and aerosols.

Resilience: the ability of a social or ecological system to absorb disturbances while retaining the same basic structure and ways of functioning, the capacity for self-organisation, and the capacity to adapt to stress and change.

Weather: state of the atmosphere at any given time or place.

The next article in the series will highlight the scientific basis for the current concern on climate change in a simplified manner.