November 27, 2017 Comments Off on Lifestyle diseases fingered as biggest killer in India 827 Views

A recent report on the state of health of Indians investigates and exposes the new and emerging environmental triggers of non-communicable diseases (NCDs) in the country. 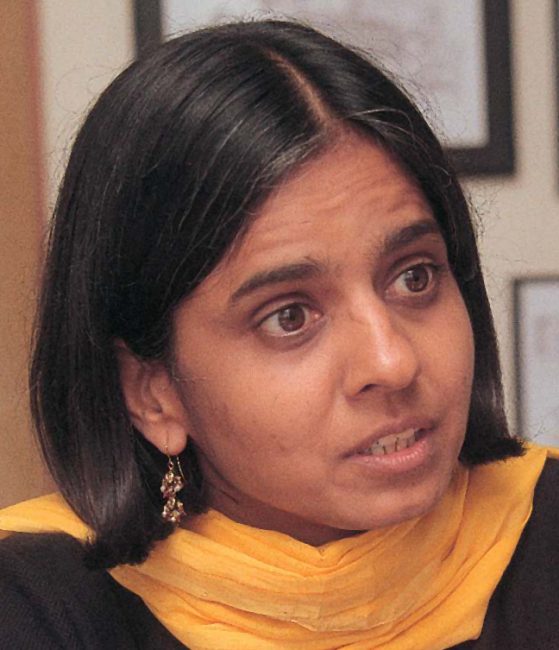 Titled: “Body Burden: Lifestyle Diseases”, the report, released on Monday, November 27, 2017 by a panel of eminent medical doctors, establishes that unless environmental risk factors are acknowledged and dealt with, India will not be able to curb NCDs responsible for more than 61 per cent of the deaths in the country.

According to the World Health Organisation (WHO), there are four major risk factors for NCDs – alcohol, tobacco, poor diet intake and lack of physical activity. The WHO says that, by investing just $1-3 per person per year, countries can dramatically reduce illness and death from NCDs.

However, according to Sunita Narain, director general, Centre for Science and Environment (CSE), the investment for India will be much higher.

“We believe the cost is going to be much higher considering that risk factors (in India) are many more than the four identified by the global body. These risk factors have multiple targets and can cause diseases which are not generally linked to them. For example, exposure to pesticides is known to cause cancer, but new data is emerging to link it to diabetes as well,” she says.

Similarly, air pollution is known to cause Chronic Obstructive Pulmonary Diseases (COPD), but there is little understanding on how this can adversely affect mental health. “Body Burden” highlights these linkages.

Says Vibha Varshney, the lead writer of the report: “Targeting environmental risk factors is essential if we want to meet the Sustainable Development Goal 3.4, which mandates a one-third reduction in premature deaths due to lifestyle diseases by 2030.”

ALSO READ:  Senator lauded over resolution on ban of tobacco sales around schools

“Though the WHO has identified the major risk factors for NCDs, it is still coy in calling out the real enemy – foods that are high in salt, sugar, fat and low in nutrition. It wants to play it as safe as possible so that it does not have to confront the real players and demand a restraint on their products, not through voluntary action but through government policies that restrict and restrain and put a premium on nutrition, not consumption,” says Narain.

Lack of social support, changing diets and economic instability are the main triggers of mental disorders. Increased intake of sugar, too, has been linked to mental illness, making it imperative to find ways of reducing intake. An increase of PM2.5 in the environment by 4.34 microgram/cubic metre can increase the risk of Alzheimer’s. These risks, however, have not been considered in the mental health policies such as the Mental Healthcare Act, 2017.

Lack of physical activity has been identified as one of the biggest triggers of cardiovascular diseases. The easiest way out is to increase physical education. For this, policymakers need to prioritise pedestrian and cycling tracks and promote public transport and green spaces. Depression too has been found to be a risk factor for cardiovascular diseases. Those suffering from depression also experience changes in their central nervous system and hormones, leading to the possibility of disturbance in heart rhythm, which over prolonged periods can be dangerous.

.Other than air pollution from vehicles and industry, global warming also increases risk to respiratory health. Global warming has extended the duration of the pollen season and altered the timing, production and distribution of aeroallergens. Both pollen and air pollutants have risen simultaneously in the environment, leading to an enhanced airway inflammation, thereby increasing the frequency of respiratory allergy and incidences of asthma. Studies on the relationship between allergic respiratory diseases, asthma and environmental factors, such as meteorological variables, airborne allergens and air pollution are still limited, but important evidences are emerging.

Hormonal balance is very delicate and is easily disturbed by exposure to toxins, air pollution and even food rich in fats, sugar and salt. Understanding of hormonal disorders is poor and this needs to be studied more. However, policies that reduce consumption of processed foods, increase physical activity and minimize exposure to chemicals would help maintain hormonal balance.