Legislative instrument on dams’ safety now in place in Ghana

November 22, 2017 Comments Off on Legislative instrument on dams’ safety now in place in Ghana 1,400 Views

Officials of the Water Resources Commission (WRC) have introduced to and discussed with stakeholders in Accra a regulatory instrument passed to govern dams in the country. Known as the Dams Safety Regulations, 2016 Legislative Instrument (LI) 2236, its purpose is to promote the safety of dams and prevent or minimise damage to people, the environment and property. 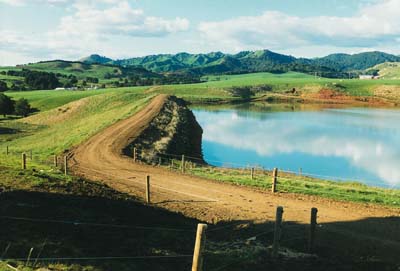 The LI is also aimed at ensuring dams are properly designed, constructed and maintained to help prevent cracks and other dam related accidents.

While it may seem that the LI contradicts the mandate of the Ghana Irrigation Development Authority (GIDA), in reality there is no conflict. The mission of GIDA is “to provide effective and efficient Agricultural Water Management services, and maintain reliable irrigation systems for sustained benefit to the national economy through the formulation, regulation and execution of appropriate policies to benefit farmers, industry and institutions within a sustainable environment.”

Thus, GIDA’s main objective is “to provide efficient technical services in irrigation infrastructure development to enhance water and soil conservation best practices,” in addition to “assisting farmers and other clients in irrigation and other Agricultural Water Management (AWM) technology transfers.”

So, there is no contradiction in the mandates of the two institutions. For a while, in this instance, the WRC seeks to regulate the safety of all dammed facilities, GIDA is focused on ensuring the availability and provision of agricultural water to enhance food security.

LI 2236 came into effect on July 27th, 2016, and makes provision for the WRC to establish a Dams Safety Unit purposely to review and approve procedures and guidelines as well as the Operation and Maintenance Manual prepared and submitted to the WRC by owners or operators of dams.

The LI further prescribes steps for determining the risk potential of a dam. The assigned Dam Safety Officer shall consider the type of dam, the purpose for which the dam has been constructed or is being constructed, its name, the description of the location as contained in the title deed of the land, the District in which the dam is located, and the nearest settlement. Other considerations include the maximum height of the dam or the proposed maximum height of the dam; the gross storage capacity of the reservoir and surface area of the reservoir when filled to capacity.

Furthermore, in the case of a modification or repair of an existing dam, a description of the nature and the extent of the alteration or repair has to be stated.

Provision is also made under the LI to declassify dams based on recommendation in an inspection report by a Dam Safety Officer to the WRC. Declassification may also be effected when the WRC “receives information from a licensee who is constructing a dam, that there has been a deviation from the expected condition of the foundation of the dam, or when in the opinion of the WRC, a condition of the dam is hazardous.”

The coming into being of LI 2236 makes it an obligation for dams to be registered through an application to the WRC. Accordingly, the registration should be done “within three months after the date on which the dam is capable of containing, storing and impounding water.”

Stakeholders at the meeting were from the various water related institutions and organisations, The Engineer in charge of Surface Water at the WRC, Dr. Bob Alfa took them through the LI. He explained the process of dam classification as provided for under the LI, and said, “Dams are categorized according to their classes of consequences from class zero to class four… where zero has insignificant impact and class four has the highest impact.”

Dr. Alfa said: “The issue of dam safety hinges on the three pillars of design and construction, supervision and preparedness,” adding, “it is important to ensure it is right from the beginning, since dams are serious weapons in waiting if the necessary steps are not taken.”

He mentioned the causes of dam failures as including sub-standard construction materials, design error, poor maintenance and natural causes. Dr. Alfa cited instances of dam failures in which thousands of people were killed and millions of others were displaced.

As part of the meeting’s agenda, the Principal Legal Officer of the WRC, Mrs. Bernadette Araba Adjei facilitated a discussion on the Riparian Buffer Zone Policy for Managing Freshwater Bodies in Ghana. She the purpose of the policy “is to improve water quality by trapping sediment and chemicals from runoff before reaching water bodies.” It also seeks “to create shade which lower water temperatures and hence improve habitat for aquatic organisms and prevent soil erosion.”

Mrs. Adjei noted that in implementing the Riparian Buffer Zone Policy, “where the standards and management requirements … are in conflict with other laws, regulations, and policies, the most restrictive requirements shall apply.”

Earlier in his Welcome address, the Executive Secretary of the WRC, Ben Yaw Ampomah, said the discussion on the Riparian Buffer Zone Policy for Managing Freshwater Bodies in Ghana, was the last in the series of Regional Stakeholder Consultations.  He explained that the purpose was to collate Stakeholder input as part of preparatory measures to formulate the needed Legislative Instrument to implement the Policy, which was launched in May 2014.

It is worth noting that the Riparian Buffer Zone Policy for Managing Freshwater Bodies in Ghana, has been introduced at a time when lots of challenges confront conservation efforts. For instance, the built-up of areas within riparian zones through housing, construction and commercial activities weakens the feasibility of establishing buffer zones.

Both the Densu Delta and Sakumo Ramsar sites are typical examples of areas where considerations for the functioning of natural ecosystems have been discarded in favour of human activities that undermine long term livelihood sustainability.

Then, there is also the issue of the destruction of riparian vegetation hastened by irresponsible mining facilitated by illegal mining or “galamsey,” which has destroyed almost all of Ghana’s fresh water bodies.

In this context, the Policy calls for the introduction and in some instances, the re-establishment of buffer zones, to be considered as an integral part of the general socio-economic development process, which needs equal support to make the policy implementable.

The Water Resources Commission (WRC) was established by an Act of Parliament (Act 522 of 1996) with the mandate to regulate and manage Ghana’s Water Resources and co-ordinate government policies in relation to them. The Act stipulates that ownership and control of all water resources are vested in the President on behalf of the people, and clearly defines the WRC as the overall body responsible for water resources management in Ghana. The Commission, which provides a forum for integration and collaboration of different interests, is composed of the major stakeholders involved in the water sector.