Lawal to speak at AU High-Level Dialogue on Democracy

November 29, 2018 Comments Off on Lawal to speak at AU High-Level Dialogue on Democracy 398 Views

Earlier this year, the African Union during its 30th Assembly of Heads of State and Government held in Addis Ababa, Ethiopia, declared 2018 as the African Anti-Corruption Year. This recognised the need to stifle corruption in its forms of manifestation if the continent must move forward in economic fronts, social development and deliver shared prosperity. To achieve this, African Union is mobilising resources, commitments and partnerships across stakeholders and actors, government and non-governmental organisations, to eliminate corruption as the regions pre-eminent obstacle to economic development and prosperity. 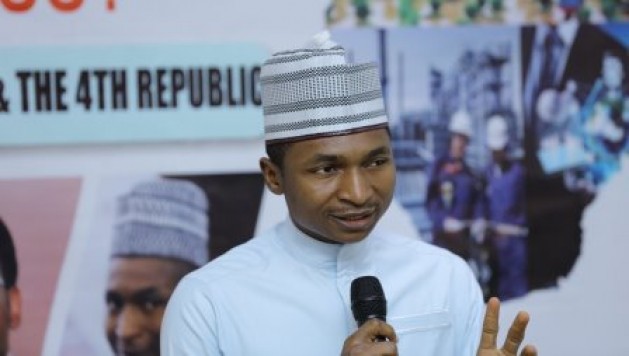 Pursuant to the above, the Founder & Chief Executive of Connected Development (CODE), Hamzat Lawal, is scheduled to speak at the African Union – African Governance Architecture (AU-AGA) 2018 High-Level Dialogue (HLD) on Democracy, Human Rights and Governance in Africa, holding from November 28 to 30, 2018 in Gaborone, Botswana. In line with the theme: Winning the Fight Against Corruption: A Sustainable Path to Africa’s Transformation, Hamzat will share his experiences and results leading what looks like the largest social accountability movement in Africa, using innovative Follow The Money methodology and work process.

“In many respects, the work we do is challenging and unique in the civic space. But because I am convinced that Africa may not escape poor governance and poverty without a citizens-response to the scourge of corruption, my team at CODE are emboldened and energised. I am proud that our efforts, contributions and commitments to a corrupt-free continent is gaining momentum and recognition and we have since put our theory of change and work process in public domain for adoption by young campaigners/activists across the continent, this meeting is one of such,” he said.

Lawal added: “In the HLD at Gaborone, Botswana, I am expected to provoke debate on the role of citizens, media, open-government and community-based organisations in sustaining anti-corruption efforts in the continent, drawing from Follow The Money initiative. Specifically, I will provide insights into our methodology; its impacts, challenges and prospects for mainstreaming transparency and accountability in government systems as it affects public spending on service delivery in rural grassroots communities. I uphold that actualising the AU Agenda 2063 and the Sustainable Development Goals (SDGs) is a farce without arresting or tackling corruption, frontally.

“Young people must not lose hope in African institutions and public processes. For us, recognising the power of citizens in Africa’s democratic future, citizens must be empowered to stay engaged and active. Founded in 2012, Follow The Money had mobilised and empowered millions of Africans, especially in the grassroots, on holding public/elected officials accountable and answerable. Holding a base in Nigeria, the movement runs dynamic chapters in The Gambia and Kenya (East Africa); implementing life-transforming campaigns across rural communities in the continent. Notable amongst our successful campaigns include #SaveBagega: remediation (environmental clean-up) of the lead poisoned Bagega – a population of about 7,535 where 1,500 children where victims of lead poisoning and who needed urgent medical intervention in Zamfara State, Northern Nigeria. In total, we have tracked public expenditures to the tune of over N50 billion ($164 million) in the last six years.”

Other dignitaries confirmed to speak include Prime Minister of Lesotho, Motsoahae Thomas Thabane; President Paul Kagame of Rwanda; Mokgweetsi Masisi, President Hage Geingob of Namibia and President Muhammadu Buhari of Nigeria, among other incumbent and former Heads of Government.

Like Loading...
2018-11-29
admin
Previous: Why climate change bill is yet to become law
Next: Brazil withdraws offer to host UN climate change conference