A court has described the plan by the Lagos State Government to demolish all waterfront informal settlements as inhuman and degrading, and that it violates the law of the land. 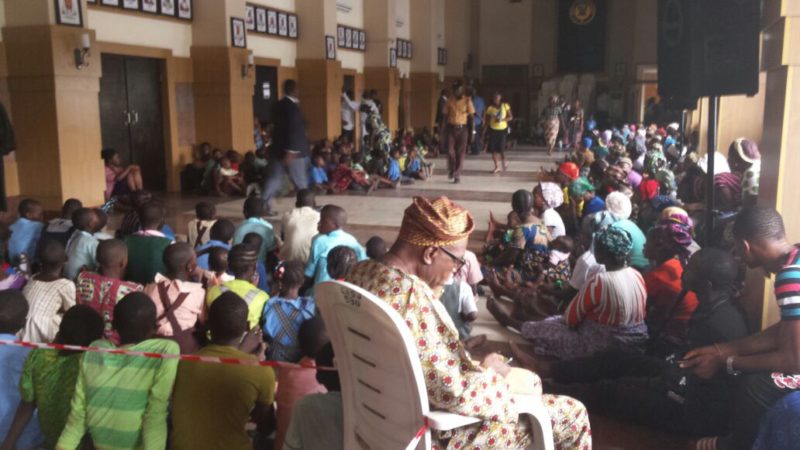 Women, children, young and old: Thousands of residents of waterfront communities across the state wait patiently inside and outside the courtroom

Honourable Justice Onigbanjo of the Lagos State High Court gave the decision on Thursday, 26 January 2017 in a fundamental rights enforcement case brought in October 2016, after the Lagos State Government stated its intention to demolish all waterfront informal settlements.

The judge delivered his decision while hundreds of urban poor residents – men, women, and children – from waterfronts across the state waited patiently inside and outside the courtroom. Relying on the Fundamental Rights (Enforcement Procedure) Rules, 2009, his Lordship said that he found these demolitions to be inhuman and degrading treatment in violation of the right to dignity enshrined in Section 34 of the 1999 Constitution of the Federal Republic of Nigeria and Article 5 of the African Charter on Human and Peoples’ Rights. 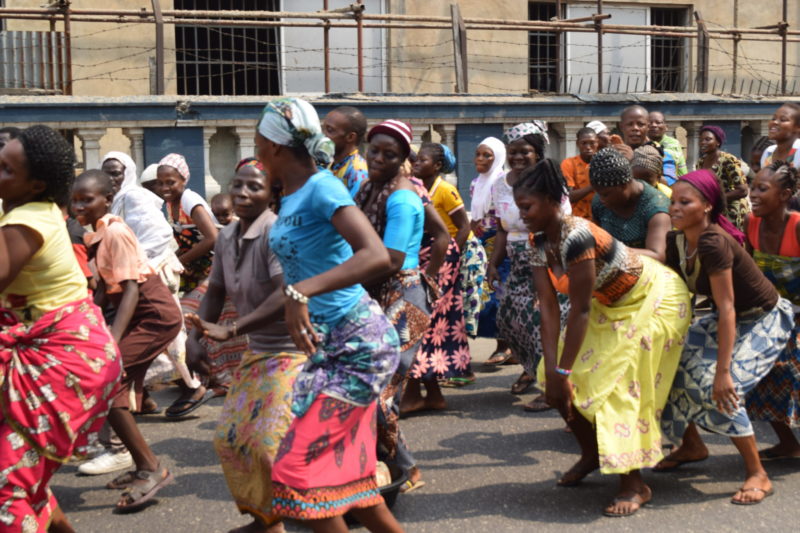 Celebration time after the court decision

Balancing his responsibility to protect the fundamental rights of citizens against the duties of the state government, Justice Onigbanjo then ordered the parties to attempt mediation through the Lagos State Multi-Door Courthouse and report back to his court in one month’s time.

It will be recalled that the threat to the Lagos waterfronts began when Lagos State governor, Akinwunmi Ambode, announced last October government’s intention to “start demolishing all shanties on waterfronts across the state within seven days,” citing recent kidnapping incidents as the purported justification.

Based on mapping and profiling done by the Nigerian Slum / Informal Settlement Federation, it was identified at least 40 communities that fell under this threat and estimated over 300,000 residents were at risk of imminent eviction.

Accordingly, more than 20 member communities of the Federation joined together to write to Governor Ambode, calling for a retraction of the threat and requesting for dialogue to explore alternatives to eviction. Two peaceful protests brought thousands of waterfront residents to the gates of the Governor’s Office and the State House of Assembly, but to no avail. To the contrary, elements alleged to have links with government proceeded to demolish Ilubirin on 15 October 2016. Finally, the threatened waterfronts had no option but to proceed to court to enforce their fundamental rights.

On 7 November 2016, Justice Onigbanjo granted a temporary injunction restraining the Lagos State Government and the Nigerian Police Force from proceeding with any demolition of the waterfronts or eviction of their inhabitants. Despite this order, Otodo Gbame community – an ancestral Egun fishing settlement in Lekki – was demolished and over 30,000 residents forcibly evicted on 9-10 November 2016 by arson and a bulldozer working in the dead of night.

The demolition of Otodo Gbame has been broadly condemned as a forced eviction and a gross violation of human rights, including by the United Nations Special Rapporteur on Adequate Shelter, Amnesty International, and countless others. Evictions that use arson and take place during the night – such as what occurred at Otodo Gbame – also constitute violations of the United Nations Convention Against Torture, especially when they are discriminatory in nature.

Officials of the Justice & Empowerment Initiatives – Nigeria (JEI) and the Nigerian Slum / Informal Settlement Federation have been celebrating the court decision.

Megan Chapman, co-founder of JEI, said in a statement: “We are overjoyed that the Honourable Justice Onigbanjo has aligned himself with such established jurisprudence to find that such evictions constitute inhuman and degrading treatment.

“We also welcome the opportunity for the threatened waterfront communities to enter into dialogue with the state government to explore amicable settlement to find win-win solutions to any legitimate concerns the state has that can be settled through alternatives to eviction. We firmly believe that partnership and collaboration between communities, civil society, and the government is the best way of solving social and developmental problems that face the city. Just as firmly, we know that demolition and forced eviction are not the answer to any social problems.

“As we approach the court-ordered mediation, we fervently hope that the Lagos State Government and the Lagos State Command of the Nigerian Police Force will distance themselves from the recent smear campaign that has attempted to misrepresent waterfront residents as criminals and spread lies that waterfront communities are full of Boko Haram, Niger Delta militants, and kidnappers. As members of these communities and civil society organisations working in the waterfronts on a daily basis, we decry these false allegations and condemn those who stoop to spreading such falsehoods in order to try to justify land grab.”