A High Court in London has dismissed a suit by Bille and Ogale communities seeking to sue Royal Dutch Shell (RDS) in English courts for spill incidents in the Niger Delta. The communities had, on May 2015, through their UK solicitors, Leigh Day, brought oil spill litigation against The Shell Petroleum Development Company of Nigeria Limited (SPDC), and also filed claims against RDS as an “anchor defendant” to bring the claims in England. RDS and SPDC challenged the jurisdiction of the English court to hear these claims. 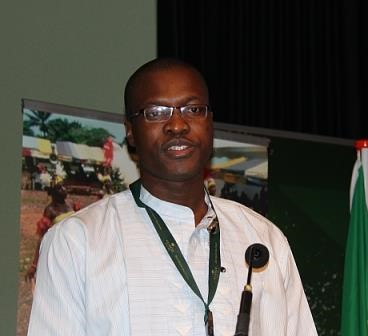 In his ruling on Thursday, 26 January 2017, the judge rejected Leigh Day’s claim that RDS owed a duty of care to the Nigerian claimants allegedly impacted by SPDC, and consequently that there was no anchor defendant for the case against SPDC to be brought in England.

“The court rightly decided these claims should be dealt with by the Nigerian courts and confirmed longstanding principles of corporate law, which are critically important for multinational companies headquartered in the UK,” said Igo Weli, SPDC’s General Manager, External Relations.

“Both Bille and Ogale are areas heavily impacted by crude oil theft, pipeline sabotage and illegal refining, which remain the main sources of pollution across the Niger Delta. The judge correctly decided that the holding company, Royal Dutch Shell, had no legal responsibility for harm to the communities in the Niger Delta caused by criminal interference in Nigeria with the operations of a joint venture in which the Nigerian government owns a majority interest.

“We hope the strong message sent by the English court today ensures that any future claims by Nigerian communities concerning operations conducted in Nigeria will be heard in the proper local courts. Nigeria is a core part of the Shell Group’s upstream business. We see considerable potential for growth in Nigeria and are determined to help Nigeria unlock its energy potential over the long term.

“Litigation in courts unfamiliar with the law and realities on the ground ultimately does nothing to address the real problem in the Niger Delta: widespread pipeline sabotage, crude oil theft and illegal refining. SPDC continues to play an active role in the search for solutions to these complex issues.

“Examples of recent initiatives include a 2016 campaign against crude oil theft which highlighted the dangers of crude oil theft and sabotage of pipelines to more than 40 communities in Ogoniland and a programme which ran with the objective of providing alternative means of livelihood for young people in Ogoniland in 2014.”