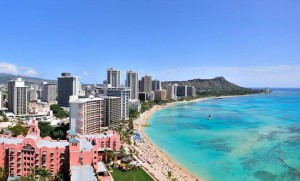 Monday, September 1, 2015 marks one year to the opening of the International Union for Conservation of Nature (IUCN) World Conservation Congress 2016, which the organisation describes as the world’s largest and most inclusive environmental decision-making forum that will define the future path for nature conservation.

The IUCN Congress will be held under the theme ‘Planet at the crossroads’, emphasising that nature conservation and human progress are not a zero-sum game, and that credible and accessible choices exist that can promote general welfare while supporting and enhancing our planet’s natural assets.

“The world is facing a rapidly closing window – our planet is at the crossroads,” says Inger Andersen, IUCN Director General. “The path we choose today will define nature’s ability to support us as a species during our lifetimes and for generations to come. The IUCN World Conservation Congress is a forum of dialogue and decision which will help us determine that path.”

With the adoption of the new Sustainable Development Goals (SDGs) later this month and momentum building towards a global agreement to tackle climate change in Paris this December, the world is setting an ambitious agenda for addressing fundamental social and environmental global challenges. The IUCN Congress will guide the efforts of IUCN’s almost 1,300 member organisations – some of the most influential players on the environmental scene – including over 200 government members, in support of these global ambitions.

Held every four years, the IUCN World Conservation Congress gathers between 6,000 and 8,000 delegates from around the world, including world leaders and representatives from governments, science, academia, Indigenous peoples groups, businesses and conservation.

This will be the first time the IUCN Congress will be hosted by the USA, having received strong endorsement from US President Barack Obama.

The IUCN Congress will include a unique global environmental parliament session – the Members’ Assembly – where IUCN’s member organisations will identify the most significant concerns and trends in conservation and guide IUCN’s work for the coming years. The Members’ Assembly will be preceded by a hub of public debate – the Forum – which will bring together people from all walks of life to discuss the world’s most pressing conservation and sustainability challenges.

IUCN is the world’s oldest and largest global environmental organisation, with almost 1,300 government and NGO members and more than 15,000 volunteer experts in 185 countries.

Previous: ‘Nigeria must not miss 2017 Polio-free certification’
Next: How renewable energy can save Chilean lives, create jobs, by study