The Nigerian Meteorological Agency (NiMet) has predicted cloudy weather conditions over the central states of the country on Saturday morning with localised thunderstorms over Yola, Bauchi, Jos and some parts.

Stormy weather. NiMET has predicted localised thunderstorms in some parts of the country

The predictions are contained in the Weather Outlook issued by NiMet’s Central Forecast Office (CFO) on Friday in Abuja.

It added that there were chances of thunderstorms over Minna, Bida, Ilorin and some parts of Abuja later in the day with maximum temperatures of 25 to 30 degrees
Celsius.

The agency predicted increased cloudiness over the inland cities of the southwest and the entire coast cities with chances of localised thunderstorms and rains over the southeast in the morning hours.

ALSO READ:  Nwajiuba: How to prepare for 2013 rains

It also predicted localised thunderstorms and rains over the entire inland cities and coastal cities of Lagos, Delta, Porthacourt, Yenegoa and Calabar mater in the day with maximum temperatures of 28 to 30 degrees Celsius.

NiMet predicted that northern states of would experience Cloudy morning over northwestern cities with chances of morning thunderstorms over Maiduguri, Damaturu, Nguru, Yelwa and environs.

It added that there would be prospects of localised thunderstorms over Kano, Gusau, Sokoto and Yelwa later in the day with maximum temperatures of 30 to 32 degrees Celsius.

According to the prediction, there are prospects of rainfall activities across the eastern flank of the country, which is expected to advence towards the Western side in the next 24 hours.

ALSO READ:  Minamata Convention: Nigeria to phase out mercury in dental amalgam by 2022 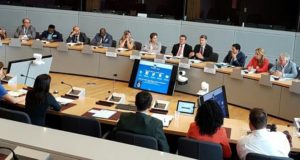 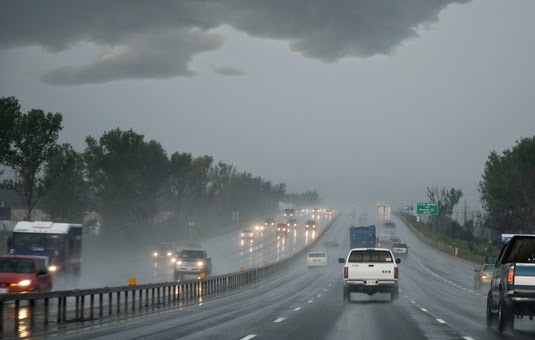 The Nigerian Meteorological Agency (NiMet) has predicted cloudy morning over the Central States on Saturday, ...