Hours before about 155 world leaders are expected to travel to New York to sign the Paris Agreement, organisations that collectively represent more than 400 institutional investors with $24 trillion of assets under management have called on world leaders to not only sign but accede to the international treaty and implement it into national law as a matter of urgency. 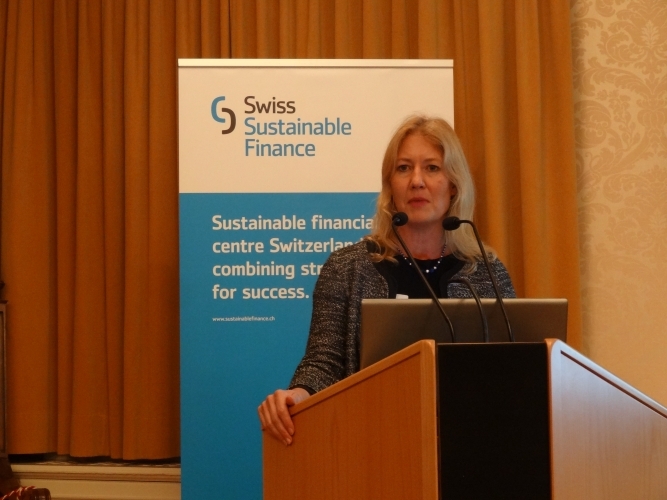 In a letter addressed to “the Heads of State and Government of the world’s largest economies”, the global investor networks (comprising Institutional Investors Group on Climate Change, Investor Group on Climate Change, Investor Network on Climate Risk, CDP, Principles for Responsible Investment and UNEP Finance Initiative) stressed that countries that accede early to the Paris Agreement will benefit from increased regulatory certainty, which will help attract the trillions of investments to support the low-carbon transition.

The investors emphasised in the letter that the early entry into force of the Agreement would send an important signal to investors that governments are translating into concrete action “the momentous political will represented by the adoption of the Paris Agreement.”

The global investor networks wrote: “We believe that the Paris Agreement is an historic breakthrough that delivered an unequivocal signal for investors to shift assets towards the low-carbon economy. In conjunction with its national-level implementation, the Paris Agreement provides the right framework to trigger substantial investment and thus keep the door open to a well below a 2-degree pathway.

“It is now essential that the strong political consensus between 195 countries captured in Paris is made actionable through the rapid entry into force of the Paris Agreement.

“The global investor networks would like to encourage your country to sign the Paris Agreement on April 22nd at the United Nations in New York. We would also like to encourage, and stand ready to support, your country to complete domestic preparations for accession, and to accede to the Paris Agreement as soon as possible. It is essential that the political momentum arising out of the Paris conference is sustained.”

According to them, they have, since 2009, been calling for an effective global agreement through the Global Investor Statement on Climate Change to:

In 2015, ahead of the G7 summit in Elmau, Germany, the CEOs of more than 120 institutional investors lent their support to the adoption of a long-term decarbonisation goal by the G7 summit, and ultimately by the Paris climate conference.

Speaking in London Stephanie Pfeifer, CEO of the Institutional Investors Group on Climate Change (representing over 120 European asset owners/managers), said, “The agreement reached in Paris was an historic breakthrough that delivered an unequivocal signal for investors to shift assets swiftly towards the low-carbon economy.  It’s now vital the 195 countries who adopted the Paris Agreement, especially the top 20 major emitters, amplify that signal that by signing and acceding to the Paris Agreement to bring it rapidly into force.”

Emma Herd, CEO of the Investor Group on Climate Change (IGCC, Australasia), added: “Investors are speaking with a clear voice. The purpose of this letter is to urge every government to sign the Paris Agreement on Friday April 22nd at the United Nations in New York and move swiftly to implement an effective national policy response able to deliver an efficient transition to a sustainable low carbon economy. Maintaining strong momentum is particularly important in the lead up to the G20 meeting in China.”

Mindy Lubber, President of Ceres and Director of the Investor Network on Climate Risk (INCR, North America), said, “The Paris Agreement provides the framework to trigger the pace and scale of investment – at least an additional $1 trillion per year, four-fold higher than current levels – needed to decarbonise the global economy while limiting global warming to two degrees Celsius or less. It’s vital therefore that world leaders sustain the political momentum captured in the Paris Agreement.”

Fiona Reynolds, Managing Director of PRI, said, “Global climate finance hit record-breaking levels in 2015 but a huge investment gap still needs to be bridged. Developing nations also need to know they will have access to the investment required to transition smoothly to a low carbon economy. Prompt action by major emitters on the Paris Agreement is required to meet both these urgent capital allocation challenges.”

Eric Usher, Director (acting) UNEP FI, added, “Countries that accede early to the Paris Agreement will benefit from increased regulatory certainty, which will in turn help attract the trillions of investments necessary to secure the low-carbon transition. We encourage all world leaders to sign and accede to the Paris Agreement as soon as possible.”

Paul Simpson, CEO, CDP, said, “This rallying cry shows an unequivocal business and financial imperative for governments to take concrete action from the momentous political will represented by the Paris Agreement. Those countries who are major emitters are also some of those with most to gain from prompt action to curb the threat of climate change because of the massive impacts it could have, not just on agricultural systems, transport or energy infrastructure but on bottom lines. CDP’s investor research shows clearly that the best prepared investors and companies will be the ones to gain competitive advantage.”

The Paris Agreement enters into force once 55 countries representing 55% of global emissions have deposited their instruments of accession with the UN.