As world leaders prepare to sign the Paris Agreement on Earth Day (Friday, 22 April), an international alliance of grassroots and indigenous leaders is calling the historic agreement “a dangerous distraction.” 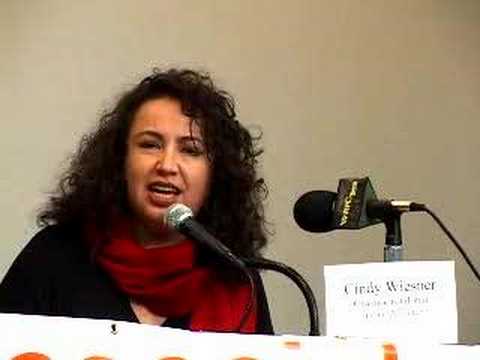 According to members of the alliance, the Paris Climate agreement has declined to mention fossil fuels, regarded as the clearest cause of climate change.

Cindy Wiesner of Grassroots Global Justice Alliance (USA): “The Paris Climate agreement doesn’t even mention fossil fuels, the clearest cause of climate change. The agreement is a dangerous distraction that leaves common sense, science, human rights and the rights of communities on the frontlines of climate change on the negotiating table. While world leaders are finally taking action they are heading down the wrong path. Frontline communities and Indigenous Peoples have been calling for a clear path to solve our climate crisis. We can end the privatisation of nature, we can stop the use of dirty fossil fuels and we can stop climate change. We know this because we are on the front lines of climate change, we see it, we know it, we live it. The world will not find solutions to climate change without us.”

Tom Goldtooth, of the Indigenous Environmental Network (North America): “I started attending the UN climate meetings in 1999. Over the last 17 years I’ve witnessed corporate, Wall Street and other financial influence gut any real solutions coming out of the negotiations. As a result, the Paris Agreement goal of stopping global temperature rise by 1.5 degrees C is not real because the pledges each country is making will allow emission levels that will increase global temperature 3 – 4 degrees.

“This will be catastrophic to the ecosystem of the world, including the ice culture of the Indigenous Peoples of the Arctic. The Paris agreement will result in the cooking of the planet.  We, Indigenous Peoples, are the red line against climate change. We cannot be idle, we have never been idle.  Indigenous voices are rising up globally to demand climate justice for humanity — for human rights and the rights of Mother Earth.”

Nnimmo Bassey, Director, HOMEF (Health of Mother Earth Foundation) (Nigeria): “The Paris Agreement locks in fossil fuels and, to underscore corporate capture of the negotiations, the word, fossil, is not as much as mentioned in the document. It is shocking that although the burning of fossil fuels is known to be a major contributor to global warming, climate negotiations engage in platitudes rather than going to the core of the problem. Scientists tell us that burning of fossil fuels would have to end by 2030 if there would be a chance of keeping temperature increase to 1.5 degrees above pre-industrial levels. The signal we get from the silence on the fossils factor is that oil and coal companies can continue to extract profit while burning the planet.”