The governments of Uganda and Germany have successfully concluded negotiations aimed at agreeing on the development cooperation programme for the next two years. 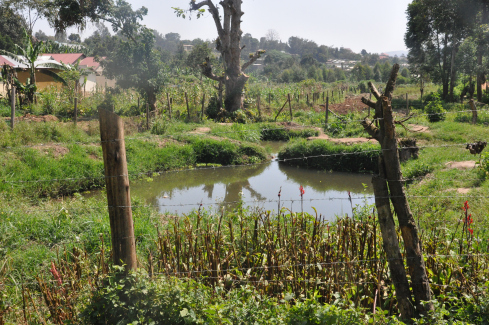 Most Ugandans get their water directly from swamps, streams, gravity flow schemes and springs and wells. Such water may contain worms, protozoa, bacteria and viruses that, if consumed, can cause hepatitis, typhoid, cholera and diarrhea. Uganda and Germany have agreed on the development cooperation programme

Both sides agreed on new programmes in the focus areas Energy, Water and Rural Development.

These sectors are amongst the priority areas for Uganda. Further initiatives to strengthen governance and civil society were concluded. All bilateral programmes are implemented by GIZ and KfW – the German Development Bank. All initiatives aim to support Uganda to achieve its national targets within the Agenda 2030. Germany committed additional funding to assist Uganda in addressing the current refugee crisis caused by the renewed outbreak of fighting in South Sudan in July this year.

An important outcome of these negotiations was the inclusion of cooperation programmes in the rural development area. Germany will invest a total of 46m EUR in Rural Development.

Emphasis of the programme should be on realizing the potential of Uganda’s agricultural sector.

The agricultural sector provides huge potential for promotion of employment and income generation as well as to increase food security in Uganda.

This support should mainly focus on marginalised areas in northern Uganda, which are under additional pressure due to the rising influx of refugees from South Sudan.

In the energy sector the focus of the German development cooperation will lie on implementation of ongoing investment projects during the coming two years. Current initiatives almost 20 projects with a total value of 300m EUR, concentrate on energy production, access to the energy networks and distribution including the transmission to regional electricity networks.

An example for these projects is the successful GetFit Program. The German cooperation will emphasise on the promotion of private investments in the energy sector.

During the negotiations a financial cooperation agreement on a total amount of 75m EUR in loans for two transmission lines was signed: one from Mbale to Bulambuli (40m EUR) and one from Mbarara to Masaka (35m EUR). These funds were made available in addition to the support committed during the last government negotiations in 2013.

This agreement was signed on 4th October 2016 by the Minister of State for Planning, Hon David Bahati, and the Ambassador of the Federal Republic of Germany, Dr Peter Blomeyer, at the Ministry of Finance, Planning and Economic Development.

Uganda records a steady growth of its economy by 5% yearly, which is mostly attributed to extensive infrastructure programs and improved policies on financial management.

However, about 20% of the Ugandan population still lives below the poverty line despite these improvements. The exponential population growth and challenges with the public finance management systems are amongst the biggest obstacles for development in Uganda. Additional projects in the area of Governance and Civil Society are meant to address these issues with greater focus in the coming years.

The government negotiations were concluded by the signing of joined summary records on 5th October 2016 by the Deputy Secretary to the Treasury, Mr. Patrick Ocailap, for the Ugandan side and by the Director for East Africa of the Federal Ministry of Development Cooperation, Dr Ralf Mathias Mohs, for the German side.