Indigenous peoples and conservation: A call to action

May 10, 2017 Comments Off on Indigenous peoples and conservation: A call to action 782 Views

The United Nations’ Permanent Forum on Indigenous Issues has made a series of recommendations to promote and protect the rights of indigenous peoples in the context of conservation activities. 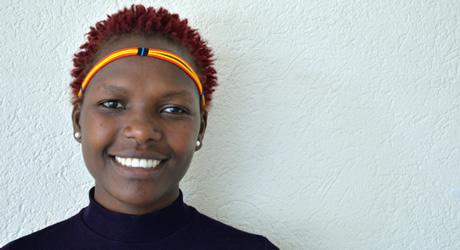 The Permanent Forum met in New York for the last two weeks, and, as part of the proceedings, heard from Milka Chepkorir, a Sengwer woman from Kenya, who presented a joint statement on behalf of Forest Peoples Programme, Natural Justice and 20 other organisations. The statement highlighted the lack of implementation of the UN Declaration on the Rights of Indigenous Peoples in the context of conservation policies and practices.

Milka Chepkorir shared with delegates recent human rights infringements from Kenya, where well over 90 Sengwer homes were burned down, allegedly by the Kenya Forest Service (KFS), a government body. The incident was not isolated but was one of many forced evictions resulting in the destruction of Sengwer homes since the 1970s: evictions that have intensified since first the World Bank and now the EU began funding KFS.

The apparent justification for the human rights violations is that the Sengwer should not be on conserved areas, yet, under international law and according to Kenyan Constitution, the Sengwer have a right to their ancestral lands, lands they have occupied – and indeed have conserved effectively – for generations.

Speaking after the Forum, Milka Chepkorir said: “Too often, indigenous peoples like the Sengwer are evicted from their land in the name of conservation. We Sengwer have lived in harmony with our forests for generations. Evicting us from our land doesn’t protect it; it makes our lands vulnerable to exploitation by others, including those who present themselves as conservationists in order to try to justify evicting us and taking our ancestral lands. We need protection to stop this happening, and to secure our communities, our forests and our future.”

Joji Carino, senior policy advisor at Forest Peoples Programme, added: “This year marks 10 years since the adoption of the UN Declaration on the Rights of Indigenous Peoples. The conservation community must show greater commitment and action to address the continuing human rights violations inflicted on indigenous peoples, on whose lands and territories, biological diversity is sustainably used and most effectively conserved.”

The Permanent Forum made a number of recommendations for action over the coming year, including undertaking a study to examine Conservation and Indigenous Peoples’ Human Rights by two of its expert members. The Forum addressed the specific situation in Kenya, urging the government there to recognise and formally protect the land and resource rights of the Ogiek and Sengwer peoples.

The full recommendations will be published in June.

Johanna von Braun, from Natural Justice, noted in response to the challenge faced: “While we certainly have seen over the last 10-15 years improved rhetoric by conservation actors on the need to respect human rights when establishing protected areas, implementation has been poor. It is time to fully implement the UN Declaration on the Rights of Indigenous Peoples, not only when we are dealing with more ‘traditional’ land-related conflicts like infrastructure development or the extractive sector, but also in the conservation context.”

FPP and Natural Justice look forward to working together with partners across the world, and with the UN Permanent Forum on Indigenous Issues, in making sure that concrete steps are taken to reduce the gap that persists between policy commitments and conservation practice in some areas.