September 1, 2016 Comments Off on India, US commit to implement Paris Agreement 1,050 Views

India and the United States have reiterated their commitment to swiftly implement the Paris Climate Change Agreement and to boost solar energy and other low carbon technologies.

External Affairs Minister of India Sushma Swaraj with U.S. Secretary of State John F. Kerry, during the second India-U.S. Strategic and Commercial Dialogue in New Delhi on 31 August, where both countries reiterated their commitment to implement the climate pact

Following the meeting, the two countries issued a joint statement. Here is an excerpt relating to climate change and energy:

“In light of the commitment by Prime Minister Modi and President Obama to strengthen and expand the highly successful U.S.-India Partnership to Advance Clean Energy Deployment (PACE-D), and underscoring the vital importance of expanding access to public and private financing for clean energy development in order to enhance energy access and sustainable development, the Sides welcomed the progress on clean energy initiatives announced during the recent Summit.

Recognising the U.S.-India Joint Clean Energy R&D Centre initiatives for technological innovation in clean energy, the two sides appreciated the expansion of the Partnership to Advance Clean Energy Research (PACE-R) through a fourth track on smart grid and energy storage technologies. The Sides noted the progress under the “Greening the Grid” initiative and collaboration for training of Indian professionals in the area of large scale integration of renewable energy into the Indian grid. Both governments reiterated their commitment to doubling their Clean Energy R&D Investment towards fulfillment of the objectives of Mission Innovation, resolved to increased cooperation between national labs, and announced the creation of the PACE Fellowship.

The United States affirmed its support for pursuing its membership of the International Solar Alliance (ISA), recognising the critical role it can play in the development and deployment of solar power.

The Sides also recognised the continued significance of efficient power generation technologies to address the challenges of climate change.

The Sides reaffirmed their commitment to combat climate change and its effects. They reiterated their resolve to work together and with others to promote full implementation of the Paris Agreement to address the urgent threats posed by climate change.

The United States also remains committed, with other developed countries, to the goal of jointly mobilising $100 billion per year by 2020 to address the needs of developing countries in the context of meaningful mitigation and adaptation action.”

Previous: Can elephants ever recover from poaching?
Next: Mexico, Ontario, Québec agree to advance carbon markets 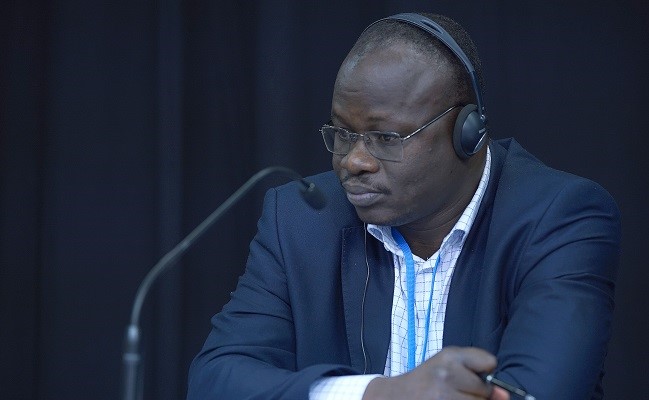 Climate change experts have called for greater collaboration among funders to address the severe threat ...