Covid-19 is pushing Africa into an education crisis.  Of the 39 countries in sub-Saharan Africa, full learning is only taking place in six of them.

A survey, by the World Health Organisation (WHO) and the UN Children’s Agency UNICEF, found that of the 33 countries where learning is curtailed, it is completely closed in 14 of them.

Millions of children across the region who have been forced to stay home since March now face the prospect of being part of Africa’s lost generation.  Africa is the world’s youngest continent, and we are in danger of failing our young people.

While governments have explored offering schooling through alternatives such as distance learning, it has proven problematic. This is because virtual learning is delivered via gadgets such as computers and smart phones which are powered by electricity. Virtual learning would therefore have disadvantaged millions of children especially in rural areas whose families have no electricity, either because they are poor or live in remote areas, far away from main-grid electricity.

Indeed less than 48% of Africa’s population of around one billion people have access to electricity, according to a 2018 World Bank report. In absolute numbers this means that an estimated 600 million Africans are living in darkness, literally, relying on wood fire, kerosene and other forms of dirty energy for lighting. This is why Africans make up the lion’s share of the estimated 790 million people around the world without electricity according to the United Nations.

ALSO READ:  Extreme heatwaves are not being recorded in sub-Saharan Africa, study reveals

The world recognises access to energy as a basic human right,  which is why the UN adopted this as its Sustainable Development Goal number seven. One of the major obstacles to ensuring that everybody enjoys this right is the high cost of generation, transmission and connecting users, particularly in far-off, low population areas.

In countries where 100% access has been achieved, such as Europe and the Americas, this has been done through investing in mini-grid electricity which helps light up their more remote corners. Africa is no different and therefore has much to benefit from this largely untapped technology.

Usually running up to 10kmin radius, they tap power from the sun or wind, store it in batteries and distribute it to users, allowing them to enjoy electricity even when they are living tens of miles away from the national grid. Besides connecting remote communities, the decentralised systems use clean energy sources of wind and solar, helping our continent contribute to lowering harmful emissions responsible for climate change.

Their place in ensuring 100% electricity coverage has been confirmed through a recent survey by the Africa Mini-grid Developers Association (AMDA) which found that the mini-grid sector was growing quickly, with operational, installation and capital costs decreasing by as much as 60% over the past five years.

As a result, it costs a national utility such as Eskom in South Africa or ECG in Ghana, a minimum of $1500 to connect a customer to power compared to only $733 for a mini-grid company such as Powerhive in Kenya.

Using data from 28 companies in 12 African countries, the survey found that the decentralised systems offered better service reliability with power generated 99% of the time, compared to main grids at 72%. This means that the smaller units actually suffer fewer outages and breakdowns compared to larger systems.

These findings have once again reminded us of the opportunities we continue to waste by failing to exploit our freely available and abundant clean energy resources. They are a wakeup call that we must take advantage of innovation such as mini grids to overcome some of the daunting developmental challenges we face.

A network of renewable-powered mini-grids, stretching out across the continent’s more remote areas will ultimately strengthen Africa’s resilience to unseen shocks like Covid-19. Had Africa invested much sooner in mini grids our children would be learning remotely from home today. 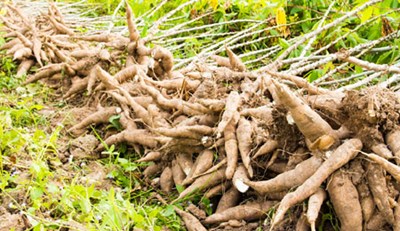 Challenges associated with electricity generation in sub-Saharan Africa may soon be a thing of the ...