Why imported GM maize was repatriated, by biosafety agency

November 15, 2017 Comments Off on Why imported GM maize was repatriated, by biosafety agency 502 Views

The Director General/ CEO, National Biosafety Management Agency (NBMA), Dr. Rufus Ebegba, has said that the imported GM maize that was impounded at Apapa Wharf was repatriated back to its country of origin because the importers failed to comply with the NBMA 2015 act. 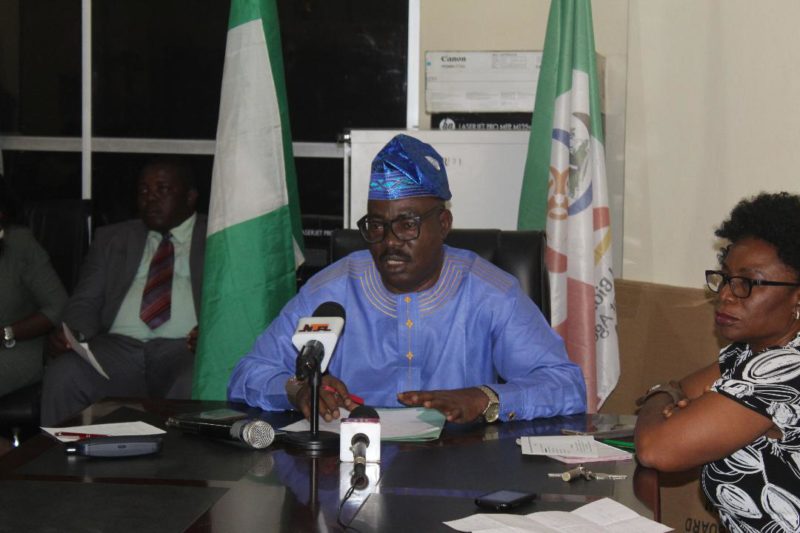 Dr. Ebegba, who stated this while addressing a press conference on Wednesday, November 14, 2017 in Abuja, noted that the Agency, after an intelligence report on the arrival of the shipment, alerted the Nigerian Customs Service (NCS), and that both government agencies worked together to impound the cargo ship, while samples of the maize  was collected and analysed.

He noted that scientists from the Agency’s laboratory carried out the analysis while a private laboratory was also commissioned to conduct another analysis, and that results from both analyses confirmed that the imported maize seeds were genetically modified (GM).

The DG/CEO encouraged potential business individuals and retailers interested in importing GM products to seek proper approval and recommendation from the Agency before doing so, adding that NBMA has the mandate is to ensure the safety of GM products to both human health and the environment.

Dr Ebega said at the briefing: “The Agency wishes to make it clear that it is actively safeguarding the health of Nigerians and the environment by performing its biosafety regulatory functions.

“The Agency wants to sound a note of warning to Seed and grain companies that the GM status of their grain imports must be known, and that import Permits must be obtained from the NBMA for GM seeds without exception. Failure to obtain Permits will result in the immediate repatriation of import consignments.

“The Agency recently had to step in to avert the importation of a maize consignment due to the failure of the importing company to obtain a GM seed import Permit from the NBMA.

“In late October, the Agency was informed of a large Maize import consignment. Representatives of the company were invited to provide more information on the GM status of their import after which the NBMA proceeded to obtain samples and conduct laboratory tests to ascertain the GM status of the imported maize.

“The results of the NBMA’s analysis and the tests of an independent laboratory of six samples showed categorically that the maize imports were actually Genetically Modified. This goes against the Part VII, Section 24 of the NBMA ACT 2015 which states:  ‘No person, institution or body shall import, export, transit, or commercialize any GMO or a product intended for direct use as food or feed or for processing unless with the approval of the Agency’.

“The essence of ensuring that permit is granted before the release of any genetically modified seed, grains or organism is to ensure risk assessment is carried out to ascertain safety to the environment and human health.

“In view of this information, the Agency, in fulfillment of its mandate and in collaboration with Nigeria Customs Service, ordered the repatriation of the maize consignment with immediate effect.

“Seed and grain companies are warned to follow due process. The NBMA is proactive and will tolerate no illegalities or shortcuts in its effort to protect the lives of Nigerians and the integrity of our environment.

“To avoid costly consequences and other severe punitive actions on them and their companies, they are hereby advised to apply for permit for GM seeds and crops. They are also advised to know the GM status of their imports. They should know that ignorance is no defense.”