Mariann Bassey Orovwuje, an environmental activist with the Friends of the Earth – Africa’s Food Sovereignty Campaign based in Nigeria, has emerged the new Chairperson of the Alliance for Food Sovereignty in Africa (AFSA).

She was elected at the Annual General Meeting (AGM) of the AFSA that held last month in Addis Ababa, Ethiopia. Mariann takes over from Bernard Guri, who is Executive Director of the Centre for Indigenous Knowledge and Organisational Development (CIKOD).

Launched at the UNFCCC COP17 in Durban, South Africa in 2011, the AFSA is a platform comprising networks and farmer organisations working in Africa. They represent smallholder farmers, pastoralists, hunter/gatherers, indigenous peoples, citizens and environmentalists who attempt to shape policies in the area of community rights, family farming, promotion of traditional knowledge and knowledge systems, the environment and natural resource management.

Assem Darius of the Friends of the Earth – Africa (FoEA) said: “FoEA is proud of Mariann for taking on such a high and a key position in the AFSA. We have no doubts that she will take the Alliance to a much higher level.” 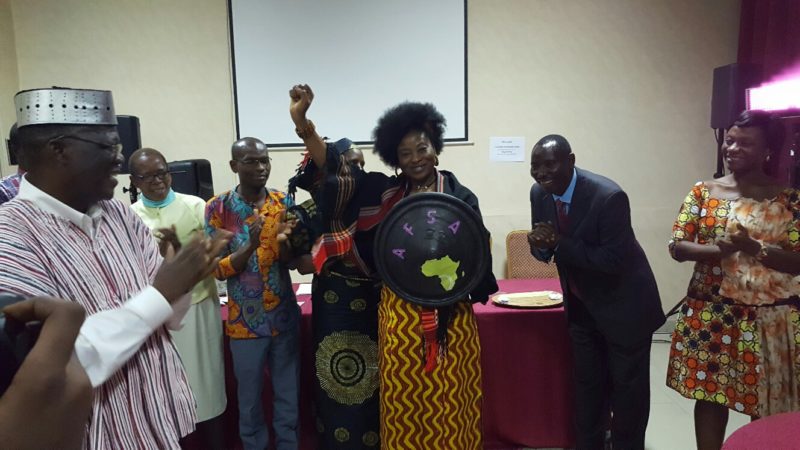 New Chair of AFSA, Mariann Bassey Orovwuje, with the African Shield to protect and defend the continent 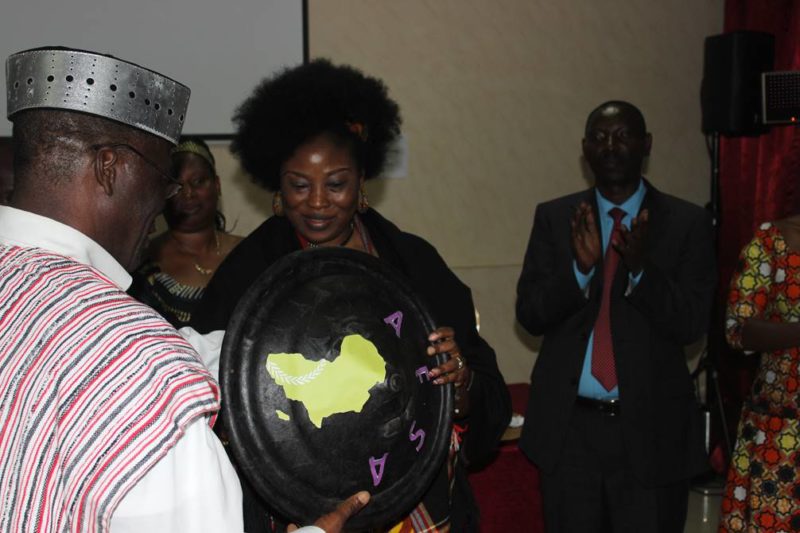 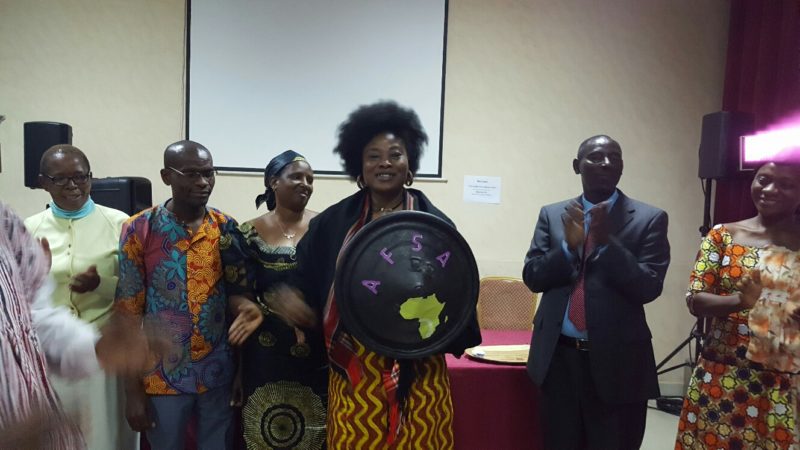 An elated Mariann displays the Shield 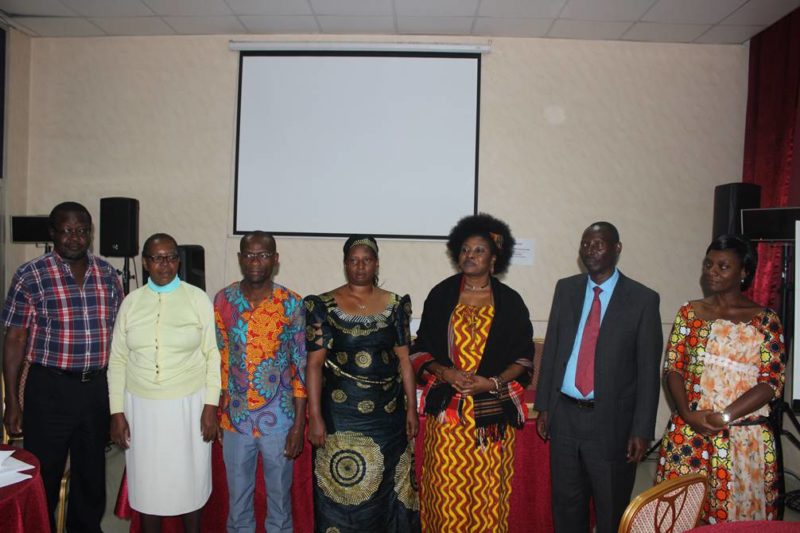 The new Chair with other members of AFSA 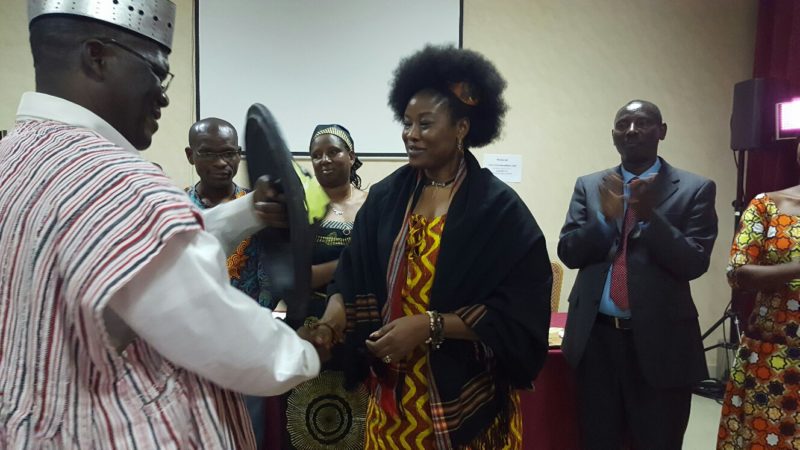