May 3, 2016 Comments Off on Images: Manual flower pollination in China as bees disappear 2,967 Views

In parts of rural China, humans are doing the work bees once did.

Hanyuan county is known as the “world’s pear capital.” But pesticide use has led to a drastic reduction in the area’s bee population, threatening the fruit crop. Workers now pollinate fruit trees artificially, carefully transferring pollen from male flowers to female flowers to fertilise them.

For photographer Kevin Frayer, the images of human pollinators tell a story of both loss and human creativity.

“On the one hand it’s a story about the human toll on the environment, while on the other it shows our ability to be more efficient in spite of it all,” Frayer told The Huffington Post.

Bee populations are declining worldwide, according to a February report from the United Nations. Shrinking numbers of bees could result in the loss of “hundreds of billions of dollars” worth of crops every year.

The UN biodiversity report warned that populations of bees, butterflies and other pollinating species could face extinction due to habitat loss, pollution, pesticides and climate change. It noted that animal pollination is responsible for 5 to 8 percent of global agricultural production, meaning declines pose potential risks to the world’s food supply.

But, in some parts of China, hand pollination can actually cost less than renting bees to pollinate crops. Farmers in Hanyuan began pollinating by hand because human labour was cheap, Frayer said. But rising labour costs and declining fruit yields are calling the long-term viability of hand pollination into question.

As bees rush toward extinction, Frayer’s photos might portend a not-so-distant future — one in which human ingenuity must replace what human nearsightedness has wiped out.

“It is entirely possible than in our lifetime this practice could become the norm all over the world,” Frayer said. 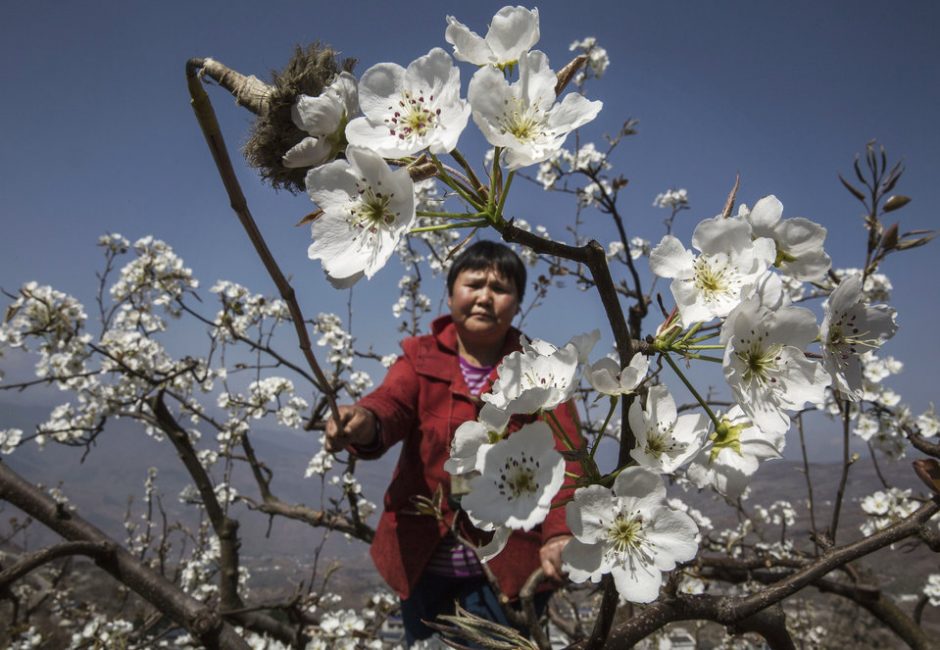 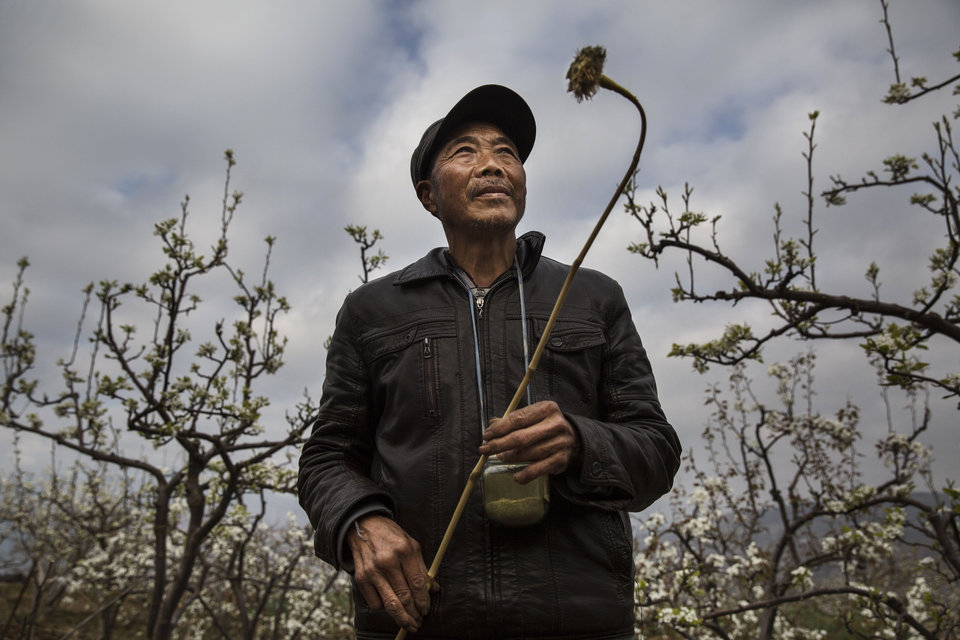 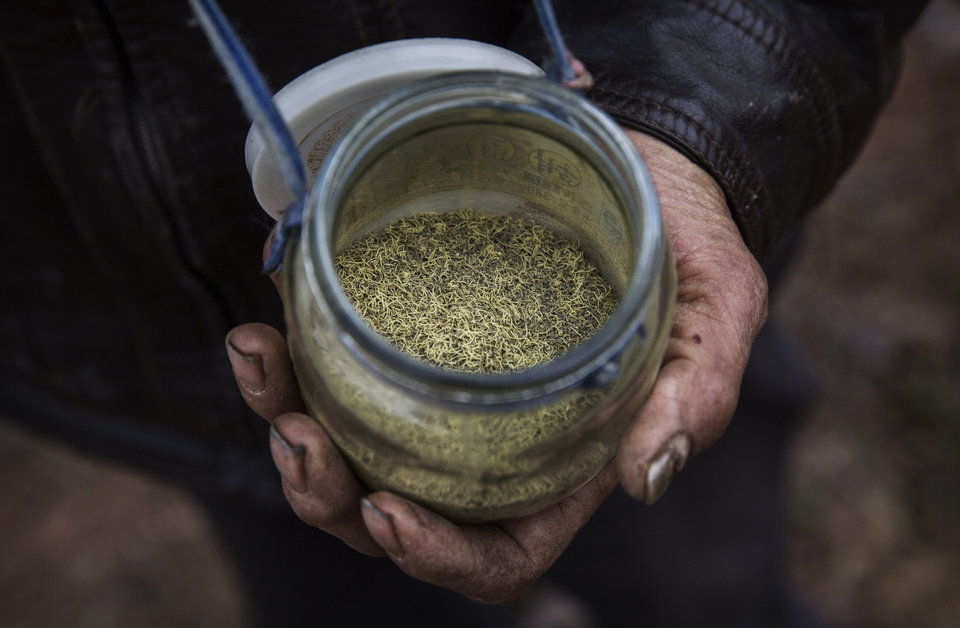 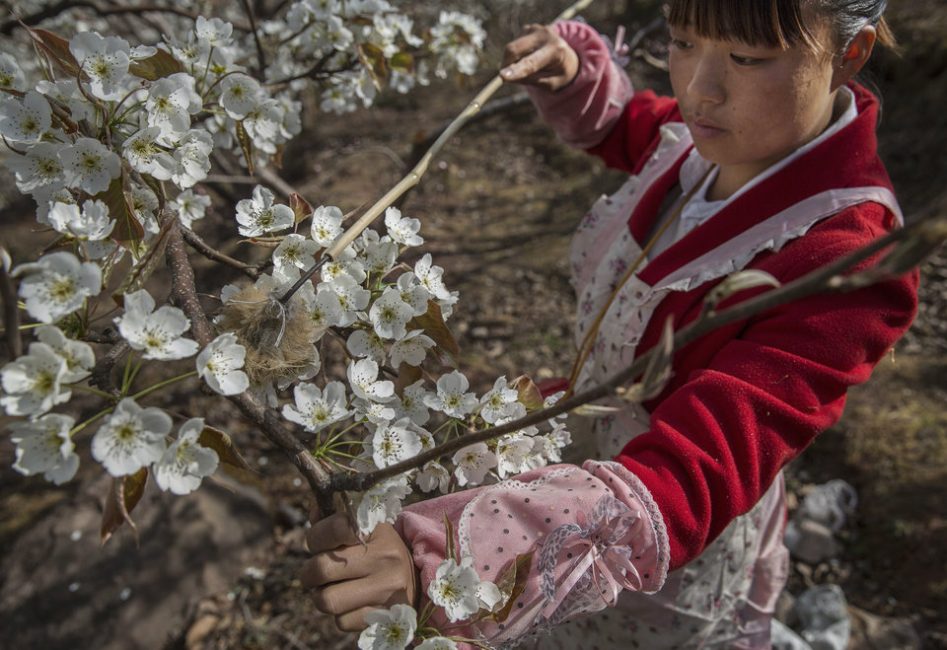 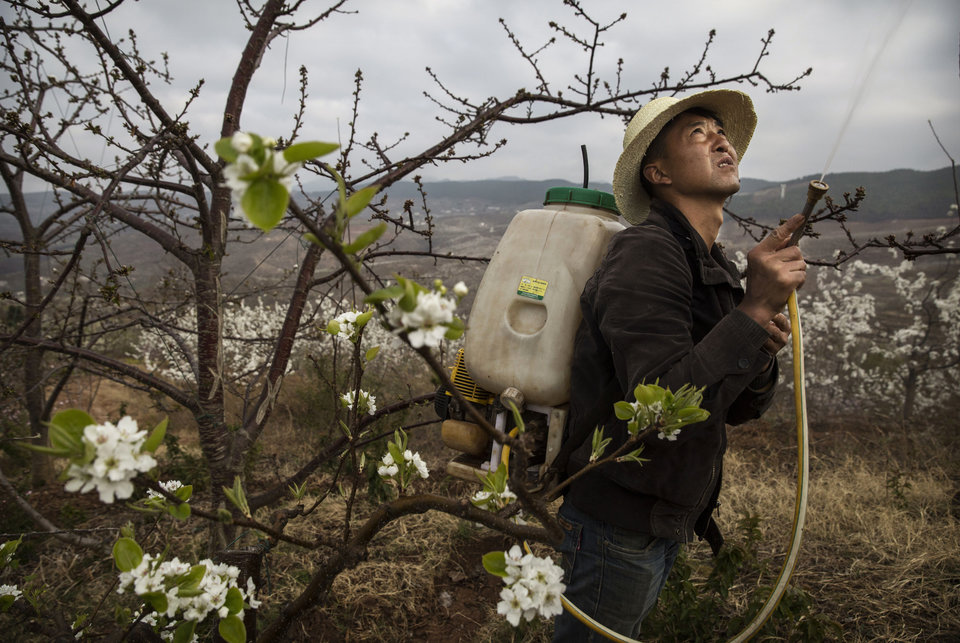 A Chinese farmer spays pesticide on an apple tree. Heavy pesticide use on fruit trees in the area caused a severe decline in wild bee populations, and trees are now pollinated by hand in order to produce better fruit. Photo credit: Kevin Frayer/Getty Images 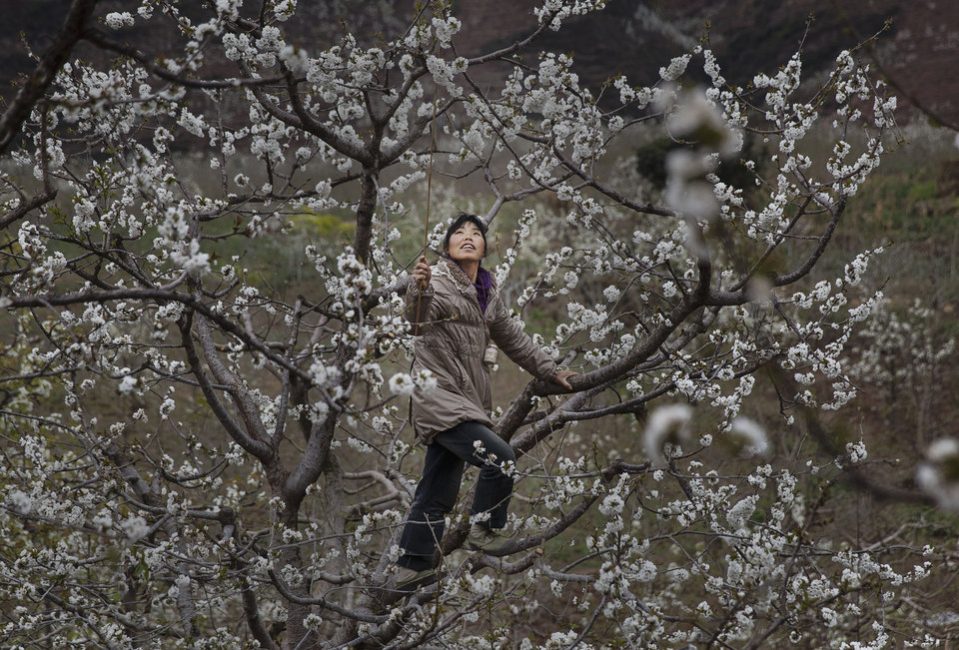 A Chinese farmer climbs in a pear tree as she pollinates the flowers by hand. Photo credit: Kevin Frayer/Getty Images 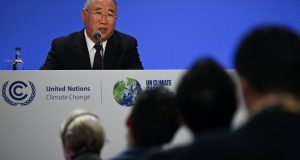 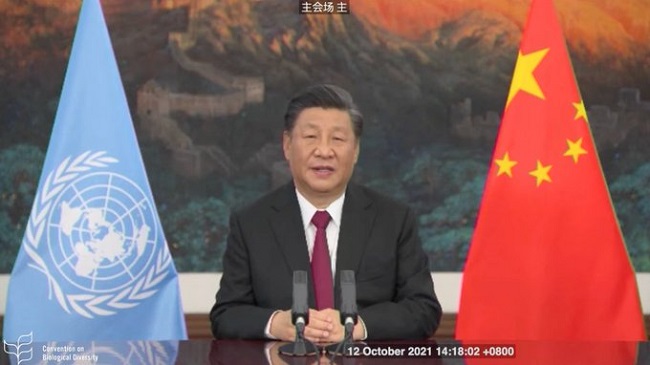