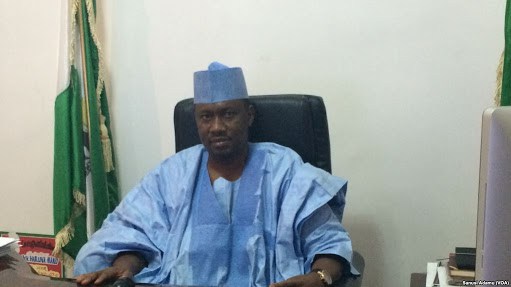 Kassa disclosed this at the opening session of the state’s Trade Promotion and Knowledge Fair, organised by VCDP at the Jolly Nyame Stadium in Jalingo, the state capital.

The commissioner said one of the major achievements of VCDP in the state was the construction of 20km  feeder road in the hinterlands.

He explained that the programme supported 4,167 farmers with inputs in the 2016 farming season.

He added that “VCDP is aimed at enhancing the income and food security of poor rural households who are engaged in the production, processing and marketing of rice and cassava.”

The National Coordinator of the programme, Dr Ameh Onoja, commended the Taraba Government for the support given farmers and the VCDP in the state.

Onoja described the success of the programme in the state as overwhelming, noting that “I am
impressed with what VCDP is doing in Taraba in the area of rice and cassava production.

“Today, at this Trade Promotion and Knowledge Fair,  we have Olam and Popular Farms; they are all on ground in Taraba to buy and process the rice produced by our local farmers; it’s a great achievement; meaning, we are checking rice importation into the country.”

On his part, the State Programme Coordinator (SPC), Mr Irimiya Musa, expressed satisfaction with the success recorded by the programme in the state.

Musa said that the programme had made many farmers millionaires and created jobs for thousands of people in the state.

He commended Gov. Darius Ishaku and the state’s Ministry of Agriculture for the support given to the programme.

ALSO READ:  GMOs: Why we seek protection of food, environment, by activists

The News Agency of Nigeria (NAN) reports that the Trade Promotion and Knowledge Fair featured exhibition from farmers and off takers who showcased various species of rice, cassava and their finished products.