How LASPARK is striving to transform Lagos

May 20, 2021 Comments Off on How LASPARK is striving to transform Lagos 496 Views

Indications have emerged over a renewed commitment on the part of the current administration to transform Lagos State into a beautiful Eldorado of sort, with focus on tree planting, creation of gardens, parks, and nature-friendly recreational centres for aesthetics and use of the populace.

Under this initiative, which is consolidating on the existing Cleaner Lagos Programme as being run by the Lagos State Waste Management Authority (LAWMA), hitherto abandoned public places like under bridges, median and public properties at strategic locations will wear new looks.

This is in addition to the 24,125 trees planted across the metropolis, and a planned Public Sensitisation Campaign on the need for the public to embrace the green initiative to their personal lifestyles, by converting at least the 20% to 30% of their living spaces to green.

The enthusiasm is being captured as one of the vocal points under the development agendas of the Governor Babajide Sanwo-Olu, particularly Goal Number Three: Health and Environment.

According to findings, Sanwo-Olu, with 100% buy-in of his cabinet and the state assembly, is working on a broader plan to keep the state economically viable and more livable for the over 20 million populace.

Achieving the two said components – economic viability and livable inhabitation, are said to be imperative factors to sustaining the megacity status of the state, with the expectation to, in addition, help avert projected doom of environmental catastrophe in the area of climate change.

As a coastal city, for example, Lagos, besides its heavy and hazardous pollution profile, is one of the cities around the world said to be submerging on the installment of three to five centimetres per day, creating panic and as well as unique and creative opportunity for intervention.

In delivering this objective, the Lagos State Parks and Gardens Agency (LASPARK) was created, as one of the strategic tools.

Its mandate was to superintend the transformation of the state’s landed area into a beautiful landscape to behold for both residents and dwellers, with an oversight to help local agriculturists, horticulturists, and plants and gardens entrepreneurs and stakeholders in the evolving industry achieve stability, profitability and international feasibility.

The agency is being headed by Mrs. Adetohun Popoola, as its General Manager.

LASPARK hosted stakeholders on Wednesday, May 19, 2021 to familiarise them with its tasks, its strides, and sought strategic partnerships and support of the public in delivering the quests.

The location, until its transformation, used to be a ragtag piece of disused land, which sometimes played host to miscreants and subsequently constitutes security concerns.

Now a beauty to behold for all and sundry, the project was delivered in partnership with some development organisations like the Rotary Club of Eko Atlantic, among others.

On attendance, among others, were Dr. Ibrahim Odubunmi, General Manager, LAWMA, representatives from the Ministry of Environment, and journalists.

In her remarks, LASPARK GM said it is her agency’s objective to ensure such facility is created in each of the 20 Local Government Areas of the state and its 37 Local Community Development Areas, for the leisure of the people of Lagos State.

“Our agency is on a mission to beautify the state and make it more livable for the people,” Popoola said, relying on the government’s financial war-chest and the strategic partnership and supports of stakeholders and investors.

“Already, the proof of what a working partnership can deliver is visible for us all to see,” she said, referring to The Gardens, venue of the programme.

The Gardens, with its exotic natural adornments, stands out as a special hangout for nature lovers, picnickers, lovers on a date and or for children play-outs.

“We believe so much in the beauty and healing power of nature. And that these are some of the invaluable benefits that come with having a clean and green environment,” Mrs. Popoola added.

At the event, also, it was hinted that, going forward, LASPARK would launch out on a public sensitisation campaign on the Greener Lagos Programme, with plans to educate and enforce the existing laws that guides the proper use of public places.

Under the planned enforcement, EnviroNews gathered that the indiscriminate felling of trees would hence be treated as a crime, as long recommended by the state’s Environmental Laws.

“Yes, we plan to also embark on enforcement, but we actually hope we would not do much of that,” LASPARK boss explained, adding that, as a matter of fact, “we needed the public to know, understand, and adopt the Greener Lagos Initiative into their personal lifestyles.

“However, we will also not be absent to our duties, as the indiscriminate felling of our trees will not be tolerated going forward,” she concluded.

Also speaking at the event, the Commissioner for Environment and Water Resources, Tunji Bello, represented by the ministry’s Permanent Secretary, Mrs. Ronke Odeneye, said part of the creative approaches to delivering on the goal to transforming Lagos into a more livable inhabitation, in spite of the explosive population, is the Non-Motorised Transportation Programme about to be rolled out to the public.

According to her, on realising the transport sector’s huge contribution to the Green House Gas Emission in the state, “we have realised that the way out of this is for the people not to use a lot of vehicles for their daily commuting, hence the recent launch of the new line of public transportation by the Governor.”

She explained that the public facility is to allow mass carriage of the people across the city and subsequently cover those on the inner places.

The commissioner noted that there are also plans to be hatched to create “bike ways and jog ways for all pedestrians across the metropolis, encouraging them health lifestyles,” adding that such has been found a necessity for healthy lifestyle and attainment of beautiful and sustainable environment.

One of the highpoints of the event was the short presentation by the young entrepreneurs in the sector, who have been working with LASPARK, in partnership capacity, to deliver on the set goals.

One after the other, the stakeholders expressed their pleasant surprises on how accessible Lagos State Government has become in the drive to achieve the Greener Lagos Initiative and has it is also helping them drive their various businesses. 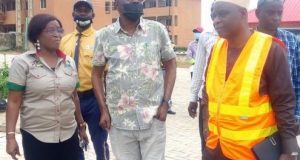 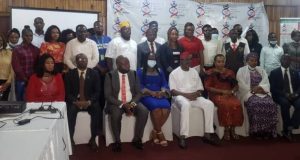 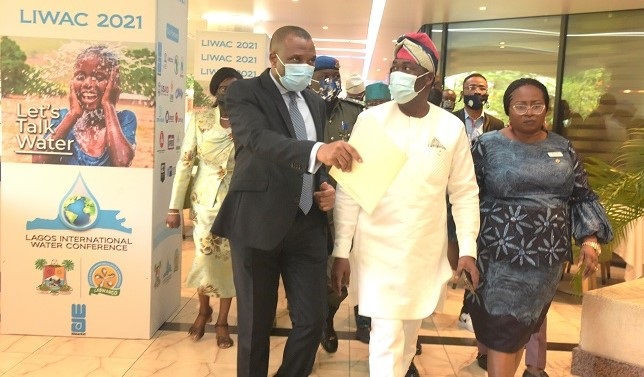