June 2, 2015 Comments Off on Hidden threats of the rising energy costs 724 Views

Although gas prices are temporarily low at the pump, long-term energy costs are on the rise. According to State of the World 2015 contributing author Nathan John Hagens, a former hedge fund manager who teaches human macro-ecology at the University of Minnesota, nations are papering over those costs with debt. Higher energy costs are leading to continued recessions, excess claims on future natural resources, and more-severe social inequality and poverty. 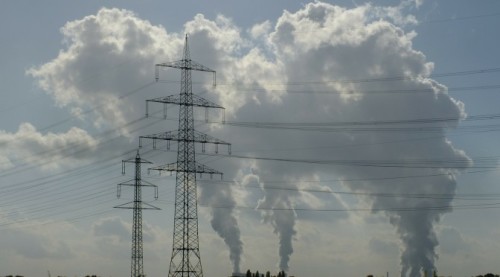 The relatively low cost of energy extraction compared to the benefits obtained from fossil fuels has been perhaps the most important factor in the industrialised world’s economic success. Historically, large quantities of inexpensive fuels were available even after accounting for the energy lost to extract and process them. But, as remaining fuels become less accessible, higher energy costs will have ripple effects through economies built around continued large energy-input requirements. Rising costs will endanger highly energy-intensive industries and practices – including the energy sector itself – as well as widen and deepen poverty as everything becomes more expensive.

“Despite having ‘plenty of energy,’ higher physical costs (of extraction) suggest that energy likely will rise from a historical average of five percent of GDP (gross domestic product), to 10–15 percent of GDP or higher,” writes Hagens.

In the short term, nations are taking on growing debt to avoid losses in GDP – an indicator of the economic health of a country. Since 2008, the Group of Seven nations (Canada, France, Germany, Italy, Japan, the United Kingdom, and the United States) have added about $1 trillion per year in nominal GDP, but only by increasing their debt by over $18 trillion.

However, continued use of credit to mask the declining productivity of energy extraction is unsustainable. For each additional debt dollar, less and less GDP is generated, and, at the same time, our highest-energy-gain fuels are being depleted. Energy is becoming more expensive for the creditor in the future than for the debtor in the present.

“We have entered a period of unknown duration where things are going to be tough,” writes Hagens. “But humanity in the past has responded in creative, unexpected ways with new inventions and aspirations.” While policy choices such as banking reform, a carbon and consumption tax, and moving away from GDP as a proxy for well-being are good long-term ideas, “we urgently need institutions and populations to begin to prepare…for a world with the same or less each year instead of more.”

Worldwatch’s State of the World 2015 investigates hidden threats to sustainability, including economic, political, and environmental challenges that are often underreported in the media. Worldwatch is an independent research organisation based in Washington, D.C. that works on energy, resource, and environmental issues. The Institute’s State of the World report is published annually in more than a dozen languages.

Like Loading...
2015-06-02
admin
Previous: World Environment Day 2015: Earth’s resources are finite
Next: US, EU accused of neglecting land use sector emissions in INDCs