May 31, 2018 Comments Off on Hamburg pioneers diesel vehicles ban in Germany 846 Views

Hamburg on Thursday, May 31, 2018 became the first German city to impose a partial ban on diesel vehicles as part of the country’s much-debated move to improve air quality. 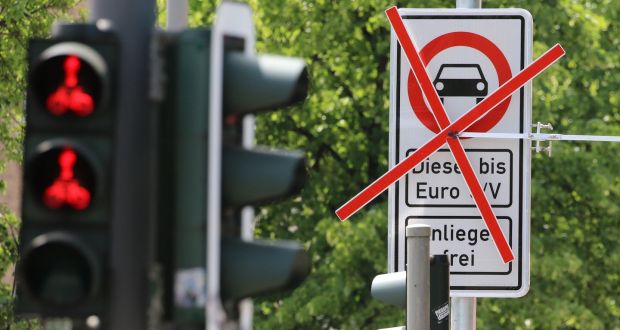 The port city blocked a 600-metre stretch of the Max Brauer Allee and a 1.6-km stretch of Stresemannstrasse in the Altona-Nord district for older diesel cars and trucks from midnight (2200 GMT Wednesday).

Meanwhile, signs marking the restrictions and diversions have been put in the place over recent weeks in the Altona-Nord district.

All diesel vehicles that do not meet the Euro-6 emissions standards are affected by the Hamburg ban.

“Less than a third of the diesel vehicles registered in the city at the beginning of the year meet the standard,’’ the Federal Motor Transport Authority said.

They are exceptions to the ban however: in one of the streets affected, emergency vehicles, residents and visitors, bin lorries, delivery vans and taxis can all use the road.

The extremely limited nature of the ban has drawn criticism from environmental groups such as Greenpeace, which say it is merely window-dressing.

Pressure has been building on major German cities to improve their air quality and diesel vehicles have been a key target of the authorities due to their nitrogen oxide emissions.

The long-expected diesel bans have been closely-watched in Germany as they could carry consequences for the country’s large car-making industry, which has relied greatly on diesel-powered vehicles.

After a long-running legal battle, cities were given the green-light to impose diesel bans by a Constitutional Court decision in February.