May 12, 2016 Comments Off on Group wants fossil fuel sector shut out of climate talks 4,153 Views

Environmental groups rallied in Lagos on Wednesday to demand that Nigerian delegates to the UN climate treaty take decisive action to address the influence of the fossil fuel industry on climate policy. 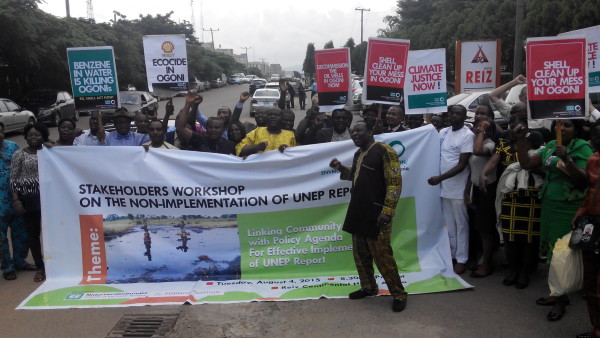 The action is part of a global series of actions calling for governments to launch an investigation into industry interference at the United Nations Framework Convention on Climate Change (UNFCCC).

Environmental Rights Action/Friends of the Earth Nigeria (ERA/FoEN) – a leading group in the Kick Big Polluters campaign – has demanded that Nigerian delegates to the talks lend their voices to calls for the fossil fuels industry to be shut out of the talks. ERA/FoEN is part of the Break Free from Fossil Fuels Coalition which commenced actions in Nigeria on Tuesday (10th May 2016), with a rally at Oil Well 1 in Oloibiri, Nigeria’s first oil well drilled in 1956.

The gathering on Wednesday had hundreds of community chiefs, youths, women groups, and civil society groups.

“Thanks to interference from big polluters, the Paris Agreement doesn’t go far enough to prevent the worst effects of climate change here in Nigeria,” said Godwin Ojo, executive director of ERA/FoEN. “We, the people, urge our government leaders to take action in Bonn to eliminate the primary obstacle to more ambitious and aggressive action by showing big polluters the door.”

Across all the geo-political zones of Nigeria, climate change is dislocating communities and ruining livelihoods. From the north where the desert continues its downward march, to the south west where coastal erosion is swallowing coastal communities, and to the east where gulley erosion is assuming frightening dimensions, the impact is real, according to ERA/FoEN. It adds that oil extraction and gas flares in the Niger Delta, aside polluting surrounding communities, are exacerbating the climate chaos.

On May 16, delegates to the UNFCCC will convene in Bonn, Germany for the first time since the Paris Agreement was gavelled through last December. While the agreement has been applauded as an historic accomplishment, many have criticised it for not being ambitious enough to prevent the worst impacts of climate change.

“The Paris Agreement doesn’t go far enough. In fact, without more ambitious action now, we will be on a path that far exceeds the temperature threshold that would prevent the worst effects of climate change,” said Patti Lynn of Corporate Accountability International, “To ensure governments can take action far beyond the Paris Agreement, we must first ensure that those that wish to undermine progress – polluting industries like Big Oil, Coal, and Gas – are out of the room.”

From aggressive lobbying at the regional level to financial sponsorship of international meetings, the industry interferes at all levels. Industry co-optation of treaty meetings has been a growing problem and a primary obstacle to progress. At the 19th Conference of the Parties (COP) in Warsaw, corporate entities with a direct conflict of interest in the treaty’s success not only sponsored the talks, they were given preferential access to delegates.

And, at COP21 in Paris, industry interference was a central concern. The meetings, dubbed the “Corporate COP,” were financially sponsored by dozens of corporations with massive carbon footprints and track records of undermining sound climate policy. Inside the meetings, special areas were created for corporations and everything from charging stations to water fountains were branded.

Wednesday’s events are part of a rapidly growing movement of people demanding that big polluters are removed from the climate policymaking process. To date, more than 570,000 people have joined the call, which was launched in May of 2015. 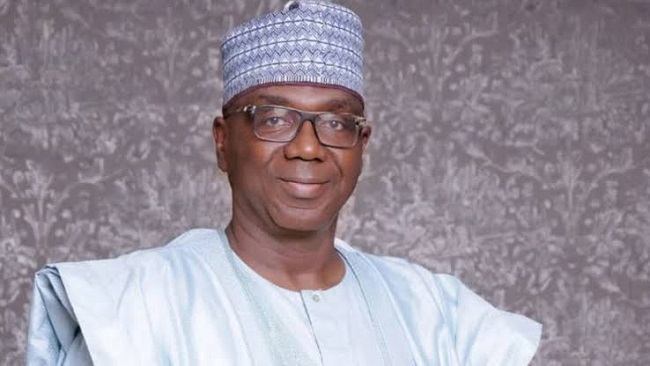