The Federal Government says it will soon inaugurate National Environmental Sanitation Response Intervention to cholera outbreak in Kubwa, Abuja, currently the epi-centre in the FCT.

Abubakar said that latest situation report from Nigeria Centre for Disease Control (NCDC) released on Aug. 10, indicated a total number of 33,661 suspected cases including 938 deaths in 22 states and FCT.

He said that the ministry in collaboration with relevant stakeholders including Environmental Health Officer’s (EHO’s) in the states and local government areas would embark on nationwide intervention response activities.

He also said that the ministry had activated sanitation desks in the 36 state offices of the ministry, including the FCT, adding that the effort was for effective response to the outbreak.

He urged the head of the desks to carry out environmental sanitation activities in their various states aimed at containing the outbreak.

“The purpose of this briefing is to sensitise the media and general public on the cholera outbreak in the country and the efforts being made by the ministry to contain the scourge.

“As you are aware, Nigeria is currently experiencing cholera outbreak in several parts of the country with reported cases of fatalities.

ALSO READ:  Open defecation described as major cause of epidemics

“The ministry had requested the EHOs in the states and local governments across the country to intensity their efforts in carrying out sanitary inspection of premises and abatement of nuisances,” he said.

According to him, the ministry with the relevant stakeholders in the states and local government areas will embark on nationwide intervention response activities.

He said that this would cover the areas such as sanitary inspection of premises/environmental health surveillance of hotspot communities.

“Sanitary inspection of schools primary and secondary in affected communities as well as training of community volunteers on safe water handling, environmental sanitation and hygiene practices.

“Also, sanitary inspection of food business premises of affected communities advocacy, sensitisation and community town hall meetings on control of open defecation practices and its health impact, among others,’’ he said.

Abubakar urged all levels of government, including the Commissioners of Environment, across the country to step up their sanitation and hygiene programmes to control and prevent further outbreak and spread of cholera.

He, however, gave assurance that the ministry remained committed to ensuring a clean and healthy environment for all Nigerians.

According to him, this is a collective responsibility which requires concerted efforts of all and sundry.

“This is the only way we can prevent and curtail incidences of cholera outbreak and other communicable diseases. I therefore, call on all members of the public to keep their environment clean.

“l as well, urge all media organisations to join the ministry and other stakeholders, in controlling and preventing the spread of the outbreak, by sensitising and educating the public on cholera preventive and control measures,” he said.

Meanwhile, no fewer than seven people have been confirmed dead following an outbreak of what  is suspected to be cholera in Tella Town, Gassol local government area of Taraba.

The state Commissioner for health, Dr. Innocent Vakkai, who confirmed the incident in Jalingo, on Monday, also disclosed that several others  had been hospitalised in health care centres in the area with symptoms of severe stooling and vomiting.

Vakkai said that a team of medical experts from the state ministry of health had been dispatched to the area to investigate the cases and report back.

Similarly, the Chairman of Gassol Local Government council, Alhaji Musa Chul, said that at least 25 persons were on admission at the Tella maternity clinic as a result of the symptoms they showed which looked like cholera.

He confirmed receiving a report from Tella on Saturday evening that three people had died of vomiting and strolling, and that on Sunday morning he dispatched a health team from the local government to the town to investigate the incident.

The chairman said that before the arrival of the local government medical team, four others were also said to have lost their lives on Sunday, due to severe vomiting and strolling.

According to Chul, the worst hit area of the outbreak was Unguwan Kabawa, a suburb of Tella, where the first suspected cases were reported on Saturday evening, and that the situation had been reported to the state ministry of health for further necessary action.

Meanwhile, the Chairman has advised residents to imbibe simple hygiene and maintain a clean environment in order to avoid preventable diseases.

By Vivian Emoni and Saidu Adamu

COVID-19: No death from Omicron variant yet in Nigeria, says NCDC

GMOs: We need information to keep anti-technologists off – Minister 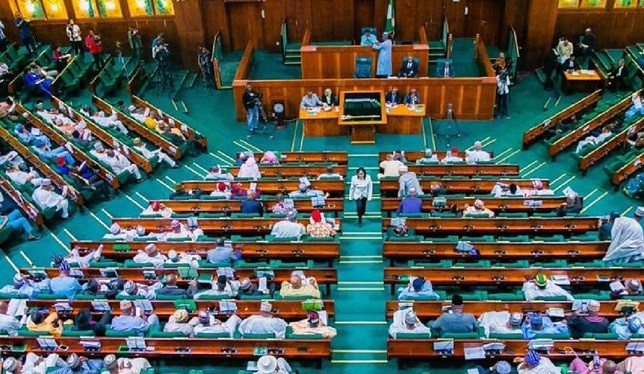 The House of Representatives has urged the Presidential Task Force on COVID-19 to intensify surveillance ...