Gov. Babajide Sanwo-Olu has appealed to the National Assembly to set aside funds in the 2021 Appropriation Bill to rebuild and restore Lagos State in the aftermath of the EndSARS mayhem.

Sanwo-Olu made the appeal on Monday, November 16, 2020 during the Rebuild Lagos: Dialogue and Partnership event to inaugurate the eight-member Board of Trustees of Rebuild Lagos Trust Fund held at Ikeja, the state capital.

According to the governor, Lagos does not have the financial ability to repair the damaged property alone, therefore, it required the assistance of the Federal Government.

“We seek to restore the infrastructure that was destroyed, to revive the energy and confidence of everyone who has been affected by these losses, to help restore the confidence of the people of Lagos in the infinite potentials of Lagos.

“But the state government cannot do this alone. We need all the help that we can get. We require the assistance of the Federal Government, from both the executive and legislative branches.

“I would like to appeal to the National Assembly to take steps to set aside funds for this task of rebuilding and restoring Lagos in the 2021 Appropriation Bill being deliberated upon currently by the Assembly.

“This Fund does not necessarily have to be for Lagos alone, it can and should also take into consideration other states also impacted by the recent spate of violence.

“Lagos will, in the foreseeable future, remain the nation’s commercial capital and one of its nerve centres.

“But in terms of servicing the present infrastructure alone the committed amount of money and effort required will be such that Lagos State will not be ready to cope. It will even be unfair to expect the state to bear this heavy burden on its own,” he said.

The governor said that the cohesive efforts and contributions of the private and public sectors would make it easier for the state to be rebuilt.

According to him, these might be challenging times but with responsive and responsible leadership, the nation will overcome the challenges.

The Governor of Central Bank of Nigeria (CBN), Godwin Emefiele, said that the takeaway from the recent unrest in the country was that stakeholders in the public and private sector must address youth unemployment.

Emefiele said that key stakeholders in the Nigerian private sector under the auspices of CACOVID alliance had brainstormed on ways to prevent the effect of the recent unrest from eroding confidence in the country’s economy.

He said that to support the government in enhancing the security of the country, CACOVID alliance had committed to the rehabilitation and rebuilding of all the 44 police stations that were damaged as a result of the unrest.

According to him, if youth unemployment if left unchallenged can provide a breathing ground for youths to engage in nefarious activities that can be harmful to the progress of the nation.

“Our youths have immense potential, energetic and if well handled can catapult our nation to the forefront of leading nations in the world.

“We must, therefore, seek to promote increasing policies that will equip our youths in the right skills that will support innovation, employment and wealth creation.

“It is in this light that key stakeholders in the Nigerian private sector came together under the auspices of CACOVID to brainstorm of the ways to prevent the effect of the recent unrest from eroding confidence in our economy.

“I am pleased to note that CACOVID alliance will over the next week be unveiling a blueprint that will detail our support that will positively affect household and businesses,” he said.

Other dignitaries at the event included the Vice President, Prof. Yemi Osinbajo; Speaker of House of Representatives, Femi Gbajabiamila; and Sen. Adeola Olamilekan, who represented the Senate President, Ahmed Lawan. 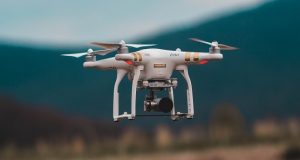