The Federal Government of Nigeria has assured that it is in tune with the reality to actualise economic diversification through massive investment in science and technology, transportation infrastructure, information and communications technology among others.

Top government officials including the Minister Of Transportation, Rotimi Ameachi; Minister of Science and Technology, Dr Ogbonnaya Onu; Prof. Umar Garba Danbatta, the Executive Vice Chairman/CEO, Nigerian Communications Commission (NCC) who joined experts to deliberate at the virtual WorldStage Economic Summit on November 10, 2020 agreed on the urgent need for the country to control its development agenda and ensure the success of home-grown solutions.

Presenting the lead paper on the theme of the summit, “New Reality: Consolidating Economic Diversification”, Dr Ayodele Shittu of the Department of Economics, University of Lagos, challenged the Federal Government to rethink its investments in infrastructure and technological progress to include both physical and human development.

According to him, from the perspective of a developing country, infrastructure should include both physical and human.

“By implication, it is expedient to invest more in public education and health in the same manner that we are investing heavily in the construction of roads and rail across the country,” he said.

He commended the Federal Government on the role of the Economic Recovery and Growth Plan (ERGP) in its quest for a diversified national economy, saying it had done very well to put the country back on a growth trajectory of 7% by the year-ended 2020, though it may not be achievable due to the emerging health crisis.

“Castigating the ERGP on the basis of the inability to achieve the 7% growth target will be unfair because notable successes have also been recorded but there are still more macro-economic goals to be achieved.

“There is an urgent need to secure our policy space. The ERGP is a testimony of what Nigerians are capable of doing. The more we appreciate our won intellectual assets, the better us because innovation and technological know-how will be home-grown. This paves way for less importation of technology and consequently, local innovation ecosystem will be developed across the nation.”

Dr. Joy Ogaji, Executive Secretary, Association of Power Generation Companies (APGC), in a presentation on Electric Power Infrastructure Perspective of Diversification, painted a gloomy state of the electricity sector where national electricity demand is over 28,700MW with pipeline capacity at over 21,000MW and installed generation capacity at over 13,000MW while only over 8,000MW is available out of which about 5,500MW could be transmitted and only 4,500MW being distributed.

On the theme of the summit in relation to the electricity industry, she said: “Energy plays a pivotal role in economic diversification as its scale of use determines the socio-economic development of any nation capable of solving Nigeria’s problem.”

According to her, why Nigeria had no choice than to diversify its economy and fix the power sector included the privilege of accounting for over 51% of West Africa’s over 400 million population where its products- services, agriculture, and industries can dominate the sub-region and bring in the much-needed foreign exchange.

As lack of access to energy contributed to inequality, poor health, education and poverty in all aspects, she said that, to achieve the anticipated economic growth, “Nigeria needs to unlock its potential by taking specific steps to build capabilities and enable growth across multiple sectors.

To explore power as a diversification option, she said: “Nigeria’s power sector have been discovered to be a reflection of the economic growth strategy of the country. Power is a strategic infrastructure and represents the most important requirement for moving the economy forward.”

Ameachi, who was represented at the summit by Mrs Ilori Mercy Olanike, Director, Transport Planning and Coordination, assured that the Federal Government was making giant strides in the development of National Freight Offices in line with ECOWAS Protocol at the nation’s border towns to regulate borders and International Road Corridors.

He said efforts were also being made to put in place proper regulations in the road subsector to provide an enabling and competitive environment for Road Transport Operators.

“I am glad to inform you that Nigerian Government is making tremendous progress in changing the trajectory of the transportation sector in Nigeria from unproductive to a productive and competitive one,” he said.

He identified the critical areas central to actualising economic diversification as massive investment in transportation infrastructure, saying: “A diversified economy has diverse revenue streams that provide nations with the Security and reliability they need, ensuring that if one economic revenue stream fails, the nation relies on the several other options for revenue generation. Economic diversification could be explained from the perspective of sustainable development to ensure long-term stability of the economy. Through this means, it has the capacity to fundamentally strengthen the adaptive capacity of an economy and safeguard its long-term prospects, in the face of depletion of the basic natural resources and the vagaries of economic fluctuations under the pressure of competition from globalisation.”

Dr Onu who was represented by Mr Eteama Henry, Project Manager, Strategy Implementation Task Unit (SITU), National Strategy for Competitiveness in Raw Materials and Products Development, projected the Supplementary Protection Measures (SMP) by the Federal Government as a wake-up call to the scientific community and organised private sector companies to grow and further diversify the economy.

“We have taken advantage of the Federal government’s Fiscal policy measure to effectively channel R&D activities towards items with high tariff and those that are now outrightly banned. Federal government SMP is a wake-up call to the scientific community and organized private sector companies,” he said.

Specifically, he said the country had been able to save N3.327 trillion between 2017 to 2019 following the embargo on the importation of some goods through official foreign exchange sources.

He said domesticating the current reality of COVID-19 Pandemic for Nigeria would require orderly and well coordinated efforts by all stakeholders including governments at all levels, businesses, development partners and the non-governmental/community based organisations.

He said the current reality of the nation’s economy as depicted by the structure of the growth rates and relative sector contribution to GDP provided interesting but mixed challenges to policy design, programme development and projects/activities.

“The current structure of the economy shows that Nigeria’s economy could be successfully diversified during post COVID-19 with less emphasis on oil,” he said.

The NCC boss who was represented by Director, Public Affairs, Dr Ikechukwu Adinde, said the organisation was well prepared to make telecoms an enabler for the realisation of the Economic Recovery and Growth Plan (ERGP) 2017-2020 of the Federal Government.

He said that, with clear-headed and focused regulatory interventions, the NCC had been able to deepen access to telecommunications services- voice and data – across the country which had positively impacted other sectors of the economy such as healthcare, education, agriculture, finance, transportation, commerce, governance, and so on.

Danbatta said in view of the importance of broadband to the socio-economic development of a nation towards diversifying the economy, NCC came up with an Infrastructure Companies (InfraCos) initiative or Open Access Model (OAM) aimed at deploying broadband infrastructure by laying fibre optics across the nation.

He also commended the Minister of Communications and Digital Economy, Dr. Isa Ali Ibrahim (Pantami), for his leadership and intervention in ensuring the development of the National Digital Policy and Strategy (NDEPS), which he said underscored the importance of infrastructure deployment for a digital economy in Nigeria.

He said the drive to diversify the economy from perennial reliance on oil and gas proceeds would be essentially enhanced by ICT being enabler of economic growth, providing the necessary digital impetus for transformative development in all other sectors of the economy, be it agriculture, education, financial services, healthcare services and so on.

He drew attention to how the search for alternative/renewable sources of energy and dwindling oil prices have made it paramount for OPEC to begin to think beyond oil which is no longer sustainable due to unpredictable market demands, saying: “It is on that premise that President Muhammadu Buhari has said that his leadership will work more closely with other countries facing the challenge of falling oil prices to rapidly move away from dependence on crude oil exports for economic survival.

“The President also affirmed his administration’s commitment to fast-track development of Nigeria’s non-oil sectors and the speedy diversification of the country’s economy.

“Interestingly, some of the key sectors identified by this administration with the propensity and capacity to drive economic diversification are agriculture, ICT/Telecommunications, power and transport.

“It is in this breadth that the NCC has reinvigorated its regulatory efforts towards ensuring more ICT infrastructure are deployed, protected and made accessible as well as available to more Nigerians across the nooks and crannies of the country.”

Power doesn’t change people, it simply reveals who we are! 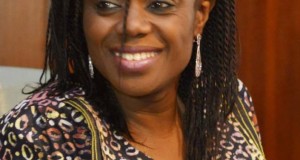 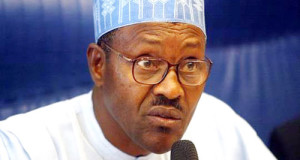