GMOs: Why we seek protection of food, environment, by activists

Speaking to media executives in Abuja recently, Nnimmo Bassey (Director, Health of Mother Earth Foundation), Gbadebo Rhodes-Vivour (Convener of Nigerians against GMOs), Mariann Bassey-Orovwuje (Food Sovereignty Programme, Friends of the Earth Nigeria/Africa) and Dr. Ifeyinwa Aniebo (African Health Magazine), jointly demand the protection of food and the environment via the revocation of Monsanto’s GMO permits, as well as the repeal of the National Biosafety Management Agency (NBMA) Act of 2015 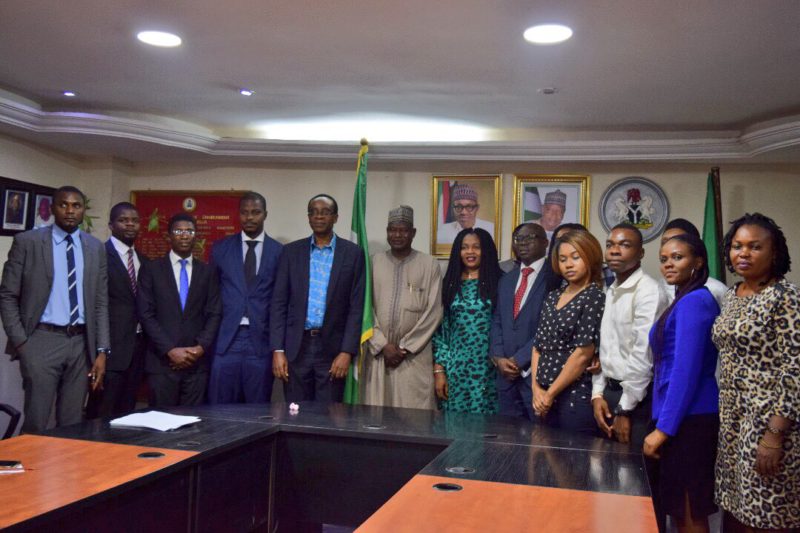 Minister of State for Environment, Ibrahim Jibril, (middle) with visiting CSO representatives such as Nnimmo Bassey (Director, Health of Mother Earth Foundation), Gbadebo Rhodes-Vivour (Convener of Nigerians against GMOs) and Mariann Bassey-Orovwuje (Food Sovereignty Programme, Friends of the Earth Nigeria/Africa) on the issue of GMOs in Nigeria

The National Biosafety Management Agency (NBMA) Act of 2015 was signed into law in the dying days of the administration of former President Goodluck Jonathan. In spite of the far-reaching importance of biosafety matters to citizens of Nigeria, the process that led to the passage of the Biosafety Bill and its eventual signing into law was trailed by unresolved controversies and complaints from key stakeholders including farmers, consumers and civil society groups.

Besides the lack of elegance in the drafting of the law, some provisions do not make sense at all and in some places, references are made to incorrect sections or to non-existent sections. We believe the Act requires to be repealed or at a minimum have a thorough reworking, particularly with regard to the following:

Conflict of interest is inbuilt in the NBMA Act and raises acute red flags about the administration of biosafety in Nigeria. For example, two of the permits issued by NBMA to Monsanto Agriculture Nigeria Limited (the confined field trial of two maize varieties) were applied for by the company in partnership with one of the members of the NBMA board, the National Biotechnology Development Agency (NABDA). With a GMO promoter applying for a permit in partnership with a biotech company, and sitting to approve the same permit, there are obvious reasons to call the entire transaction to question.

The NBMA Act gives the agency enormous amounts of discretionary powers with not enough mandatory duties in the operational provisions to ensure that the agency performs a stewardship role to ensure that GMOs do not pose harm to human and animal health, society and the environment.

We are also concerned that NBMA approved and issued “Permit for Commercial release/Placing on Market of Cotton (MON15985) genetically modified for lepidopteran insect pest” on Sunday 1st May 2015 when government offices do not open. In fact, 2nd May 2015 was also a public holiday. In addition, it is regrettable that NBMA approved Monsanto’s proposal for Bt cotton in May 2015 despite the fact that Burkina-Faso’s cabinet on April 14, 2016 announced its discontinuation with genetically modified cotton due to the poor quality of the cotton. It is worthy of note that cotton production has improved in Burkina Faso in both quality and quantity since they reverted to non-GMOs varieties.

In our objections to the applications by Monsanto and NABDA, we raised serious concerns that would have led to the rejection of the unwarranted applications if they had been considered. We raised concerns related to health, environmental, socio-economic, technical, administrative, molecular concerns, safety assessments and environment risk assessment. We also pointed out that the applicants did not show how they would deal with secondary pests, exposure pathways and pest resistance. Safety and environmental risks and issues of liability and redress were also not adequately addressed by the applicants.

NBMA by its letter of 28th April 2016 acknowledged receipt of objection from Health of Mother Earth Foundation and other civil society groups, stated: “Your observations have been noted by the Agency… That the National Biosafety Management Agency would review the application holistically and take the best interest of Nigeria, to avoid risks to human health, biodiversity conservation and sustainable use of biodiversity. The socio- economic impacts would also be well considered before taking the final decision on the application.”

We consider it intriguing and suspicious that a mere one working day after this letter, NBMA issued permits to Monsanto. There is no evidence that our objections were considered. This smacks of utter disdain for opinions and positions of concerned citizens who are conscious of the devastating socio-economic and environmental impacts of the failure of these crops, especially GM cotton in neighbouring Burkina Faso as well as in India, Pakistan and elsewhere.

In this era of change we cannot cling to wrong-headed policies or cling to the wrong foot put forward by the previous government. Having a biotech policy cannot be a justification for opening up the nation’s fragile ecosystems and environment to genetically modified organisms. A biotech policy cannot erase the globally accepted Precautionary Principle on which Biosafety regulations hang. We demand that these permits be overturned and the Biosafety law itself repealed and replaced with a people/environmentally sensitive and friendly law.

We reiterate our demand for a nullification of the permits issued to Monsanto and NABDA on Sunday 1st may 2016 and call for an investigation of the process and circumstances leading to the granting of these permits by NBMA to Monsanto and NABDA in disregard to the complaints of millions of Nigerians. Nigerians should not be used as pawns and as guinea pigs in a commercial gambit to open the country to toxic technologies in furtherance of blatant commercial interests.

We also pledge our readiness to work with the media to elevate the voices of Nigerians on these sensitive and life/death matters. We and our partners will also work with the Federal Ministry of Environment and other relevant ministries and agencies to repeal the NBMA Act 2015 that is formulated to flood our country with GMOs rather than protect our biodiversity and ensure biosafety and biosecurity. 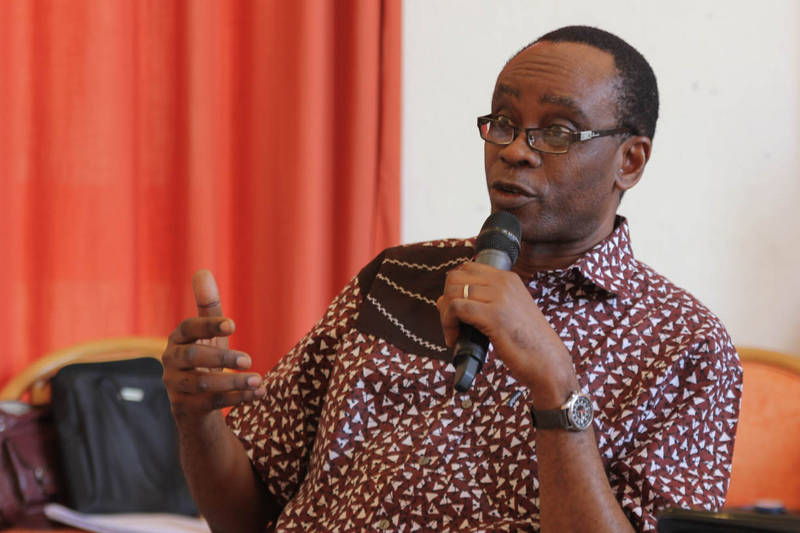