The Green Climate Fund (GCF) has said that it will help African countries ramp up their economic growth in ways that do not exacerbate climate change. This was expressed as it signed an agreement with the Africa Finance Corporation (AFC) on Tuesday, October 24, 2017. 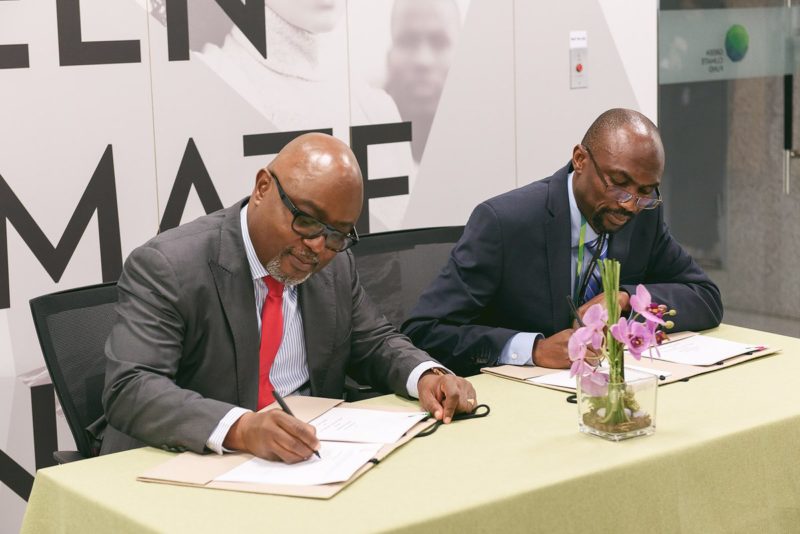 The two organisations signed an Accreditation Master Agreement (AMA), a prerequisite for all GCF Accredited Entities to implement GCF-approved projects. AFC was accredited to GCF in July 2015.

“AFC is therefore highly committed to this partnership with GCF,” said Mr Andrews. “Not only does AFC and the GCF have shared goals, we also have shared values.

“For example, AFC is committed to investing in post-conflict countries and those that face structural developmental challenges. Equally, the GCF also prioritises societies that are highly vulnerable, in particular the Least Developed Countries (LDCs). As AFC is also driven by a belief in sustainable economic growth, in every sense this synergy is an excellent recipe for success.”

Pa Ousman Jarju, Director of GCF’s Country Programming Division, said AFC is well placed to support African entrepreneurs explore the vast potential for economic growth across the continent in ways that do not harm the global environment.

“GCF activities are aligned with the priorities of developing countries through the principle of country ownership in climate finance,” he said. “For instance, with the strategic injection of capital, African companies could one day lead the way in generating non-polluting energy for industry and local communities.”

AFC is financing and managing key infrastructure projects across Africa. It has invested approximately $4 billion in projects across 28 countries in a wide range of sectors including power, telecommunications, transport and logistics, natural resources and heavy industries.

Like Loading...
2017-10-27
admin
Previous: Measles: Nigeria has world’s highest number of unvaccinated children – WHO
Next: World at tipping point in transition to low-carbon, says report