February 25, 2015 Comments Off on Flaws of sustainable development goals, by scientists 1,189 Views

Besides being unquantified, some of the 169 Sustainable Development Goals (SDGs) targets lack focus to enable effective implementation, the International Council for Science (ICSU) and International Social Science Council (ISSC) have said. 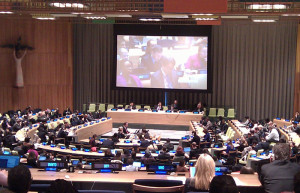 In a recently released report coordinated by the ICSU in partnership with the ISSC, the groups reviewed the 17 SDGs and 169 targets, as submitted to the United Nations (UN) General Assembly by the UN Open Working Group (OWG). The SDGs are expected to be endorsed at a UN meeting in September in New York.

According to the scientific organisations, the SDG framework would benefit from an overall narrative, articulating how the goals will lead to broader outcomes for people and the planet. They added however that an overarching goal could be formulated, for instance in the political declaration framing the Post-2015 Development Agenda, binding together the 17 goals, thus providing a clearer means-to-end continuum.

“The current SDG framework does not identify the wide range of social groups that will need to be mobilised to deliver on the goals as agents of change alongside governments.  Key trade-offs and complementarities among goals and targets should be specified in a follow-up document,” the bodies stated in the report.

Out of 169 targets, 49 (29%) are considered well developed, 91 targets (54%) could be strengthened by being more specific, and 29 (17%) require significant work. According to the ICSU and ISSC, the analysis of the targets provided in the document could support a technical review of the targets around several criteria.

The success of the SDGs is partly dependent on aligning targets and goals with existing international agreements and political processes. These include the Post-2015 Framework for Disaster Risk Reduction (to be agreed in Sendai, March 2015), the UNFCCC negotiations with the new climate agreement expected in December 2015, and the process on Financing for Development. All of these depend on each other for success. In addition, the report suggests harmonisation of targets with the Aichi Biodiversity targets, and International Labour Organisation social protection floors.

Some targets lack the focus to enable effective implementation. Recommendations are made where possible for specifying potential fields of application. Many of the targets may also contribute to several goals, and some goals and targets may conflict. Action to meet one target could have unintended consequences on others if they are pursued separately. Research suggests that most goal areas are interlinked, that many targets might contribute to several goals, and that there are important trade-offs among several goals and targets. By tackling targets in an integrated way, the desired results can be achieved for many targets.

For example, progress on ending poverty (SDG 1) cannot be achieved without progress on the food security target under SDG 2, macroeconomic policies related to targets on full and productive employment and decent work under SDG 8, the reduction of inequality under SDG 10, and without enhancing resilience to climate change under SDG 13. Success in these will lead to better health and wellbeing, thus contributing to the achievement of SDG 3.

There are also important trade-offs between targets: For example, an increase in agricultural land-use to help end hunger can result in biodiversity loss, as well as in overuse and/or pollution of water resources and downstream (and likely negative) effects on marine resources, which in turn could exacerbate food security concerns.

A number of targets are not quantified, and wherever possible the report proposes minimum levels of ambition that could be specified. For example, figures are suggested for targets to reduce water pollution, increase recycling and safe reuse of waste water, or to prevent new and reduce existing marine pollution.

“This report does not focus on indicators for measuring progress, but does identify some apparent gaps where key indicators may need to be developed and make recommendations to support an ambitious framework for monitoring and review of implementation.

“Measurability will depend on the availability of data and capacity to measure the targets. The capacity to collect reliable data at the national level consistently across member states is considered, as well as the availability of data and commonly agreed definitions to enable comparison. Also, the veracity of some existing indicators needs to be confirmed before relying on them for performance assessment, and the importance of baselines that are country-appropriate is raised,” declared the bodies in the report.

Evaluating the role of science, they point out that it plays an important role for sustainable development from informing the formulation of evidence-based targets and indicators, to assessing progress, testing solutions, and identifying emerging risks and opportunities.

“In recent decades, Earth-system research has provided critical inputs into our understanding of the interlinkages and interdependencies between natural and social systems which can support integrated policy-planning, monitoring and review at different scales. The SDG framework poses a number of conceptual as well as implementation challenges that will require enhancing the close collaboration between the policy and scientific communities and other stakeholders.

“Global research initiatives such as Future Earth aim to mobilise scientists to collaborate tackle these issues in partnership with policy-makers and stakeholders, and more broadly to provide the knowledge needed to support transformations towards sustainable development.” 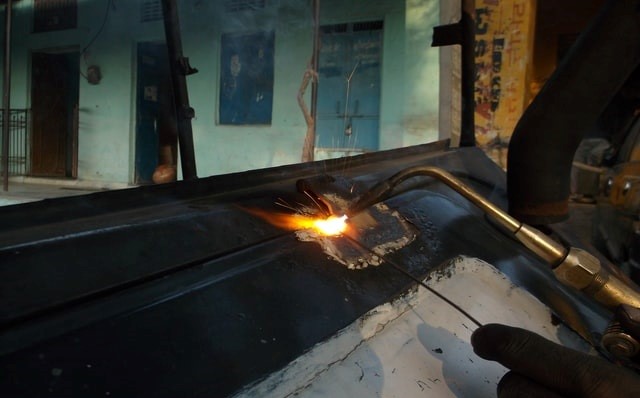 Nigeria’s iron and steel industry is experiencing an awakening, and the new steel plant in ...