April 2, 2015 Comments Off on First set of climate action plans gets world on track to Paris Agreement 1,169 Views

With the submission by the United States of its climate action plan alongside those of Switzerland, the members of the European Union, Norway and Mexico, well over 30 countries have now made their contribution to the new, universal Paris climate change agreement of 2015. 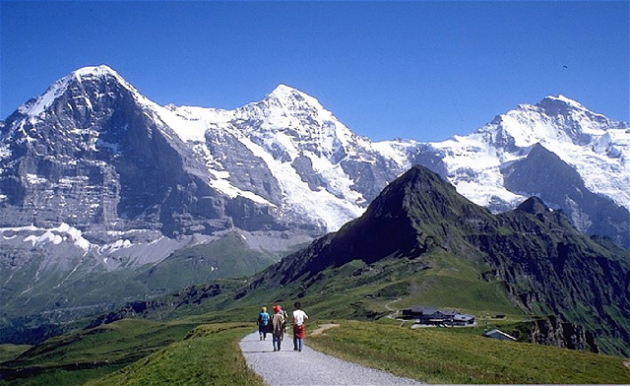 Christiana Figueres, Executive Secretary of the UN Framework Convention on Climate Change (UNFCCC), said: “According to UNFCCC data, two thirds of industrialised countries covering 65 percent of greenhouse gas emissions from the industrialised part of the world have now set out their ambition for the new agreement which comes into effect in 2020 – importantly many of these contributions also speak to longer term aims representative of progressively increasing ambition over time.”

“Over the coming months, we expect many more nations to come forward to make their submissions public. The pace at which these contributions are coming forward bodes well for Paris and beyond,” she added.

More industrialised countries are expected to come forward with their Intended Nationally Determined Contributions (INDCs) over the next few months, followed by many developing countries.

Looked at from a global perspective using International Energy Agency data that takes CO2 from fuel combustion as a measurement proxy, the European Union countries, Switzerland, Norway, Mexico, and the United States account for approaching one third of world emissions.

In order to maximise the total number of nations contributing, a significant world-wide effort is underway to assist developing nations prepare their INDCs for submission, many of which are building on work linked with their Nationally Appropriate Mitigation Actions (NAMAs) Governments, ranging from Australia, Germany and France to the United Kingdom and the United States, as well as UN agencies and intergovernmental organisations, are providing financial, technical and other assistance to around 100 developing countries.

For example, the French government has committed around 3 million Euros to support the preparation of INDCs of approximately 20 Least Developed Countries including Small Island Developing States.

Other major players include the Global Environment Facility and the UN Environment Programme; the European Union through programmes such as Clima South, Clima East or ClimDev; Germany through the GIZ; and the US through various channels including the Low Emission Development Strategies
partnership.

Developed countries are also providing support through international initiatives and organisations such as the Low Emission Capacity Building (LECB) programme of the UN Development Programme (UNDP) and Climate and Development Knowledge Network (CDKN).

“It is most encouraging to witness this government to government cooperation and how bilateral and multilateral organizations have stepped up and coordinated support to developing countries to ensure they get maximum benefit in preparing INDCs,” said Don Cooper, head of the UNFCCC’s Mitigation and Data Analysis programme.

“In order to deliver ambitious INDCs, countries and organisations have built on existing adaptation and mitigation planning and also specific policy processes to reduce energy consumption or promote clean energy and energy efficiency,” he said.

Governments will reach a new, universal climate agreement in Paris, in 2015, which will come into effect in 2020. Their goal is an agreement where every country contributes now and into the future, based on national circumstances, to prevent global warming rising above 2C degrees and to adapt societies to existing and future climate change.

Ms. Figueres said: “In October we will produce a synthesis report aggregating the effect of all the INDCs submitted. The initial INDCs will clearly not add up to the emissions reductions needed to keep the global temperature rise under 2 degrees C, which is one reason why the Paris agreement must factor in a long term emission trajectory based on science”.

In addition Paris will need to outline how finance will be mobilised and scaled-up in order to support the action and ambition of developing countries now and over the decades to come.

Under the Lima-Paris Action Agenda, cooperative initiatives involving cities, business and others also need to be taken forward building on the many inspiring ones announced at the UN Secretary-General’s Climate Summit last September.

“In short ambition in Paris should reflect a progressive alignment of the global economy, over multi-decadal time periods, with what science is saying. This needs to be supported by an enabling financial and technological framework and subject to regular, rigorous reviews from 2020 onwards,” said Ms. Figueres.

“The pathway to success is today clear. A global peaking of emissions in the next decade, a deep de-carbonization of the economy world-wide and climate neutrality as soon as possible in the second half of the century. Paris has the potential, the promise and the responsibility to put the world on this ambitious but do-able path,” she added.