Over the last years the Nigerian economy has been in doldrums, leaving behind tales of inflation, unemployment, poverty and the likes. To stem the ugly tide and return the country on the part of economic prosperity, the administration of President Mohammadu Buhari launched the Economic Recovery and Growth Plan (ERGP). 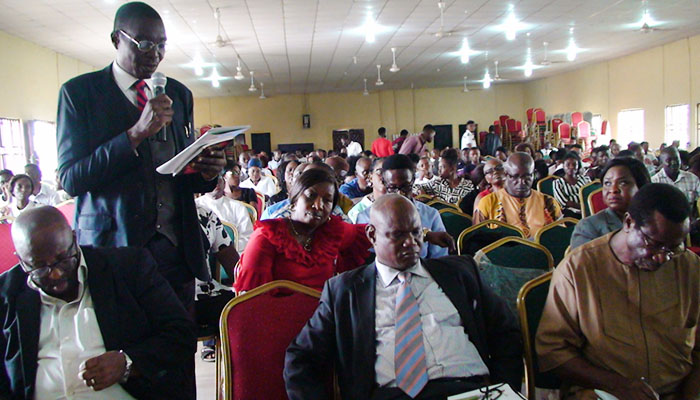 Cross section of participants during the seminar

The strategic importance of the Plan to the country in its drive to exit recession came to the fore at the Federal University Ndufu-Alike Ikwo (FUNAI), Ebonyi State, on Thursday, June 22, 2017 during a daylong seminar, where eminent scholars, economists, policy makers, government officials and the citizenry converged to take an in-depth sectorial analysis of the plan and determine if it has the capacity to take the country out of the woods and put it back on the right economic trajectory. It is said to be the first time in any Nigerian university that the plan was subjected to such robust sectorial review by critical stakeholders.

Welcoming the participants to the event, the Vice Chancellor of the University, Professor Chinedum Nwajiuba, stated that the seminar was part of the university’s contribution to the development of the country, adding that experts were invited to do a diagnostic review of the plan. He also noted that the seminar would help in putting the plan in the public domain and setting policy agenda for the governments in different sectors of the economy even as it would also provide a feedback mechanism to enable policy makers feel the pulse of the citizenry concerning the plan.

Decrying the decay in the Nigerian university system, Professor Nwajiuba urged academics to show the way by operating at a level the country would be proud of, adding that “there is so much to be done.” He further challenged academics to shun mediocrity and breast up to their calling to be able to provide solutions to the numerous problems confronting the nation and also compete globally.

Speaking on the topic: “Change and Economic Recovery and Growth Plan”, the Director General of West African Institute of Financial and Economic Management (WAIFEM), Prof. Akpan Hogan Ekpo, noted that though the plan is laudable, yet there abound some grey areas that government needs to sort out if it is to be a success, adding that a period of 4 years which the plan was meant to last is also not long enough to tackle many challenges facing the nation.

He maintained that even the political class and most Nigerians were yet to understand the kind of change the government is advocating; stressing that Nigerians should decide to do things differently if the envisaged change is to happen. He equally advised the Nigerian political elite to emulate the success story of Lee Kuan Yun Singapore who at a point decided that enough was enough and that it was time to change their country for good.

The former Vice Chancellor of University of Uyo explained that recession was a permanent feature of a market-driven economy, adding that government has a crucial role to play in economic recovery no matter what the organized private sector (OPS) does.

“Government has to spend not only on capital projects but also on current and structural changes.”

He added: “For the nation’s economy to jump-start, government should go beyond providing the enabling environment to actually playing significant role through investment.”

The foremost economist further advised the Federal Government to initiate a comprehensive perspective plan that could last at least for 20 years in other to engineer sustainable economic growth and inclusive development in the country.

In his presentation on “Sustainable Agriculture and Food Security through the Economic Recovery and Growth Plan”, Prof. Ajuluchukwu Obi of the University of Fort Hare, South Africa, noted that the country cannot achieve agricultural transformation without structural transformation.

He added that until government tackles the structural challenges facing the nation the present tempo on agriculture cannot be sustained, noting that most farmers in the country are still being hampered by structural and administrative lags with little or no technical support from government.

The Professor of Agricultural Economics warned that if nothing concrete is done about revamping the Agriculture sector that the teeming population of the country would be in danger of serious hunger and abject poverty, stating that only 20% of the Nigerian population is controlling the economy while the remaining 80% is merely eking out a living.

Discussing the topic: “Financing the Economic Recovery and Growth Plan”, the Ebonyi State Commissioner for Finance and Economic Development, Dr. Dennis Ekumankama, warned the Federal Government not to allow the plan to end up in shelves, wondering how government is going to raise the enormous money required for its implementation now that the revenue from crude oil has been depleted.

He therefore advised that government should rather pursue its economic diversification policy and also take another look at the report of the 2014 National Conference and implement its recommendations.

From the papers presented by the resource persons and its robust discussion by the participants, the Federal Government still has a lot of work to do especially in making the Nigerian public buy into the plan and ensuring that resources are made available for its holistic implementation. 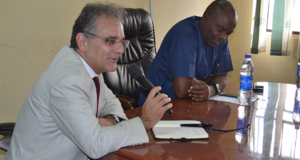 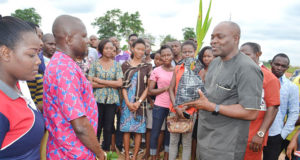 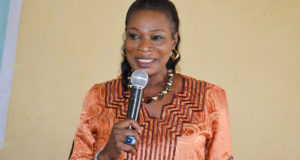 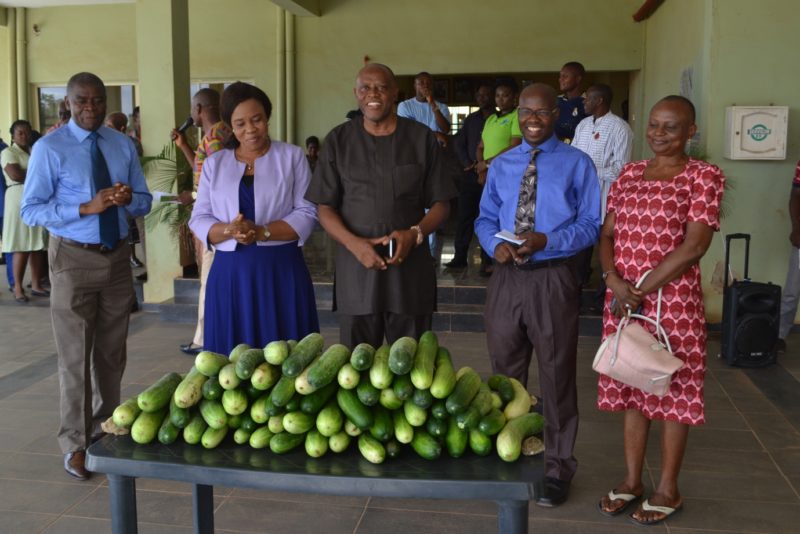 The Faculty of Agriculture of the Federal University Ndufu Alike Ikwo (FUNAI), Ebonyi State on ...