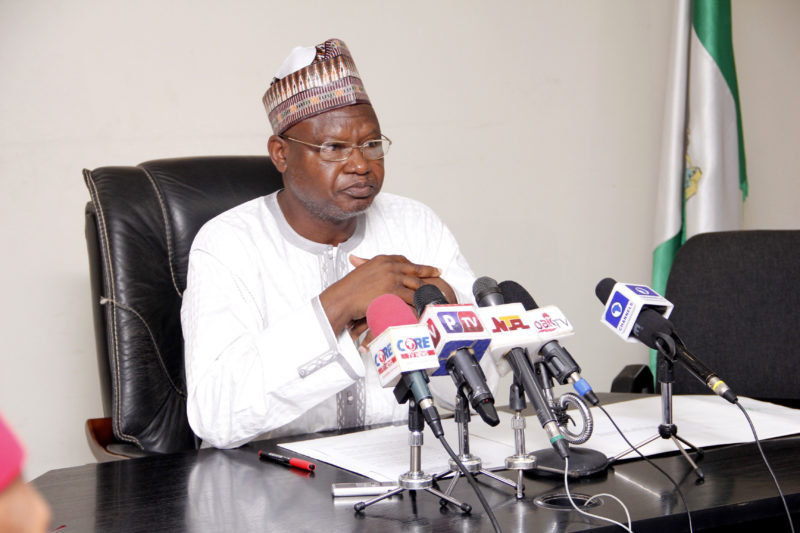 These approvals are part of the outcome of the FEC meeting presided over by President Muhammadu Buhari in the State House, Abuja.

Addressing State House correspondents after the meeting, the Minister of State for Environment, Alhaji Ibrahim Jibril, said the bill on the revised NBMA sought to safeguard the environment as well as protect lives and property of citizens.

According to the minister, the country will drive enormous benefits from the NBMA Bill.

“The Federal Ministry of Environment presented two memos to council. One was taken yesterday and one was taken today. The one taken today was a policy memo seeking council’s approval for the revision of the National Biosafety Management Agency.

“The National Biosafety Management Agency is an agency under the Ministry of Environment charged with the responsibility of monitoring and supervising the use of genetically modified organisms (GMOs) in the country.

“Most of the time, people tend to mix this agency up with another sister agency in the Federal Ministry of Science and Technology. The one under Technology Ministry is charged with the responsibility of carrying out research and coming up with breakthroughs.

“The one under the Ministry of Environment is a regulatory agency charged with the responsibility of checking products with genetically modified organisms which will come into the country to ensure that they are safe for consumption,’’ he said.

The second one taken yesterday was about hydrocarbon remediation project in Rivers State where approval was given for engagement of consultants to supervise, monitor and evaluate a proper framework that is put in place to assist in supervising and actualising the clean up.

He also disclosed that the FEC approved that a project management consultant should be engaged for the Port Harcourt Hydrocarbon Remediation project in Rivers State.

According to him, the consultants are to supervise, monitor and evaluate a proper framework that is put in place to assist in supervising and actualising the clean up.

The Attorney General of the Federation and Minister of Justice, Abubakar Malami, said the council approved the Copy Rights and the Separation of Piracy and Maritime offences Act.

ALSO READ:  Food Safety Day: Amid coronavirus pandemic, everyone has a role to play – UN

He said: “Two memos were presented to the council this afternoon from the Office of the Attorney-General of the Federation and the first one relates to Copyright Bill which is intended to be transmitted from the executive to the National Assembly.

“It is a bill that relates to the creative industry. It is meant to ensure the protection of creative works against piracy and protection of intellectual property rights.’’

According to him, the FEC has instructed his office to send the bill to the National Assembly for passage into law and eventual assent by the president, if passed.

He disclosed that the council also approved a bill relating to the suppression of piracy and maritime offences.

The minister revealed that the intention of the bill was to accord protection to the maritime industry against piracy.

“The intention is to accord protection to the maritime industry against piracy and indeed come up with a comprehensive policy position incorporated into the bill.

“It is intended to ensure that at the end of the day, the international convention that has been ratified by Nigeria overtime in relation to maritime industry, is incorporated into the bill with a view to bringing it in line with international best practices and ensure the protection of maritime boundary.

The Minister of Agriculture, Chief Audu Ogbeh, said the council endorsed regulations meant to improve veterinary practice in the country.

“We presented a memorandum to the council relating to Veterinary Council of Nigeria which has been in existence since 1953 and under the provisions of the law setting it up, the council members are from time to time improving regulations on veterinary practice so that people who are not qualified as veterinary doctors do not operate in the country.

“The regulations had been submitted to the council and it approved them for the president to endorse so that those regulations can be put into practice for the protection of livestock.’’