The Director of Technical Services Network at the National Environment Agency has disclosed that exposure to pesticides and chemicals in farmlands, rice-fields and gardens has a high toll on human health especially the farmers and gardeners. According to him, The Gambia has recognised this need to explore safer alternatives to synthetic pesticides for use in agricultural activities. 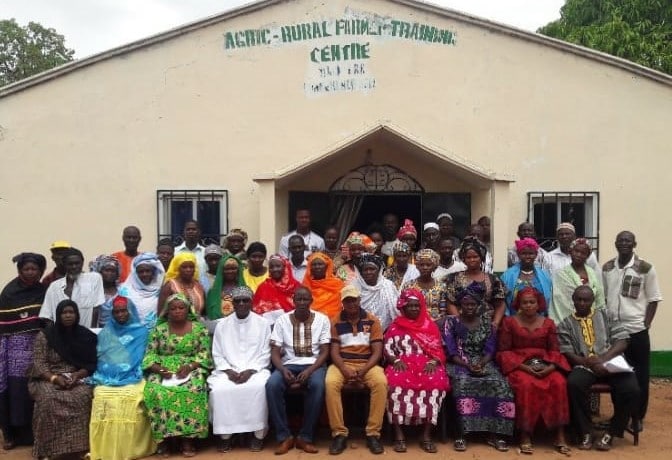 Dr. Dawda Badji make this disclosure at a two-day national training workshop for over 40 market gardeners and farmers on Integrated Pest Management (IPM) in crop production and post-harvest management, with focus on use of bio-botanical pesticides, recently held in Jenoi, Lower River Region (LRR).

Speaking on behalf of the Executive Director of the NEA, Dr. Badjie further revealed that the objectives of this Training of Trainers (TOT) workshop is to build capacity of market gardeners on various approaches to pest control methods with emphasis on production and use of bio- botanical pesticides to control pests in staple food crops with the view to protect human health and the environment.

According to NEA`s Director of Technical Services Network, the training would avail participants opportunity to improve technologies in organic pest management which are derived from local trees and plants that go a long way in improve gardening activities and enhance farm produce that is devoid of pesticides residues which can negatively impact the health of consumers. Most of these plants and trees are easily available within the surrounding environment.

The Gambia, he said, is a Party to the Stockholm Convention and has since understood the health concerns resulting from local exposure to Persistent Organic Pollutants (POPs), and the negative impacts levied upon farmers, pesticides distributors, women gardeners and food consumers within communities.

Considering the low level of awareness of local communities on chemical utilisation and management, Dr. Badjie revealed that this necessitated his agency to organise the TOT, and therefore called for a holistic and integrated approach in pesticide and chemical management from all stakeholders.

However, Dr. Badjie revealed that chemicals are important determinants for sustainable development, sound environmental health and quality of life, as the use of chemicals in all human activities (such as agriculture, health, energy production, manufacture, services and residential) contributes to improving the quality of life. But he warned that alarm and concerns has been raised on its harmful effects on workers, consumers, the environment and society at large through exposure.

Nonetheless, Dr. Badji further warned that accidental releases of pesticides and chemicals from distribution, consumption and disposal may permanently damage soil, water and air quality, as reports of chemical incidents has been very common within the farming populace and their families.

In recognition of the importance of stakeholder participation, Dr. Badjie posited that the cross-learning dialogue is being held to critically discuss various options and tap experiences from local farmer-expert that could be used to control pests with the minimal use of pesticides.

“A recent survey on pesticides poisoning in The Gambia has revealed that pesticides, if not properly handled, impact negatively on public health and the environment. According to the report, poisoning cases have been detected in the study areas whilst some led to deaths.” he emphasised.

Recording a high percentage of illiteracy rates among survey, respondents also contribute to the abuse and misuse of these chemical products, while self-sufficiency in ensuring the availability of food for is itself an achievement. He noted that the challenge facing The Gambia now like many other countries is to ensure quality and safety in the food being consumed.

To curb the negative impact of pesticides on the environment, plants and animals, and cognisant of the numerous challenges highlighted in the report, Dr. Badjie revealed that this warranted his agency and her stakeholders to work together to come up with practical recommendations that will diminish the high reliance on synthetic pesticides and adopt alternatives that are more environmentally friendly.

The project is being implementing by NEA in partnership with Global Environment Facility (GEF) and United Nations Industrial Organisation (UNIDO) as part of the obligations for the implementation of the Stockholm Convention on Persistent Organic Pollutants (POPs) National Implementation Plans (NIPs).

Omar Bah, the Registrar of Pesticides and Hazardous Chemicals at the NEA, disclosed that, according to the Rotterdam Convention, there is an increasing growth in chemicals production and trade during the past three decades, raising both public and official concern about the potential risks posed by hazardous chemicals and pesticides.

This becomes more alarming for vulnerable countries lacking adequate infrastructure to monitor the import and use of the chemicals especially in developing countries may pose significant risks to human health or the environment, because risk reduction measures such as the use of personal protective equipment or maintenance and calibration of pesticide application equipment are not easily implemented or are not effective.

He said agriculture is a main driver of the Gambian economy, employing almost half of the working population, and higher percentage of the rural working population. In addition, the sector provides livelihoods for majority of the population. Groundnuts are the main cash crop, and account for 30% and 50% of foreign exchange earnings, and national food requirements, respectively.

Bah in conclusion said the training could not have come at a better time when The Gambia is putting lots of efforts towards resilience building against the impacts of climate change and variability amongst its increasing population through the promotion of increased agricultural production and productivity for food security, improved nutrition, and poverty alleviation, amongst others.