Former Secretary-General of the World Meteorological Organisation (WMO), Prof Godwin Patrick Olu Obasi, has been described as Africa’s gift to the world of climate science. This was made know by experts at the Inaugural Prof. Godwin Olu Patrick Obasi Memorial Lecture which held recently on the side-lines of the sixth conference on Climate Change and Development in Africa that held in Addis Ababa, Ethiopia. 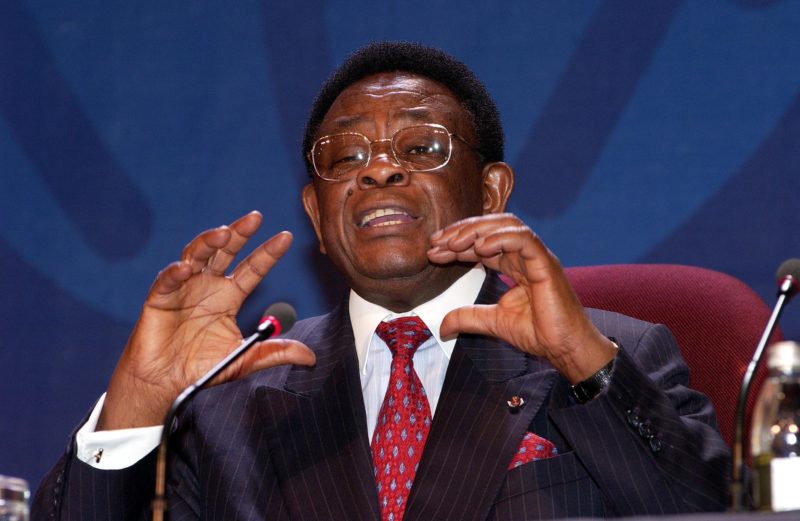 In a lead presentation on the life and times of the icon of meteorology, Prof. Laban Ogallo of the IGAD-UNDP Disaster Risk Reduction Project in Kenya recalled that Prof. Obasi was active in promoting global solutions to environmental issues, with special attention to the atmosphere, fresh water and the oceans.

“He was at the forefront in drawing the world’s attention to the issue of climate change, notably in convening the second World Climate Conference, held in Geneva in 1990,” Prof Ogallo said.

According to Prof Ogallo, Obasi played an important role in the negotiations leading to the establishment of the United Nations Framework Convention on Climate Change, the United Nations Convention to Combat Desertification, the Intergovernmental Panel on Climate Change, the World Climate Research Programme, the Global Climate Observing System and the Vienna Convention on the Protection of the Ozone Layer and its Montreal Protocol.

Dr. Nyenzi recalled that it was Prof Obasi, together with the then Executive Director of United Nations Environment Programme (UNEP), Dr. Tolba, who initiated the negotiations on the Vienna Convention and the United Nations Framework Convention on Climate Change (UNFCCC), and contributed to the establishment of the UN Convention to Combat Desertification (UNCCD).

“Prof. Obasi gave his strong support to the World Climate Research Programme (WCRP), and exercised a key leadership role together with Dr. Tolba, in the establishment of the WMO/UNEP Intergovernmental Panel on Climate Change (IPCC). He took the lead role in the organization of the Second World Climate Conference and in the establishment of the Global Climate Observing System (GCOS),” Dr. Workneh added.

For those who had the privilege of working with Professor Obasi, Dr. Afiesimama averred that “the memories of this great man who dedicated his whole life to meteorological sciences will forever be cherished.” Afiesimama further added that Prof Obasi was “a man of honour who was afraid of nothing – except God, as Prof. Obasi himself used to say.”

Professor Godwin Olu Patrick Obasi, a Nigerian, was the Secretary General of the World Meteorological Organization (WMO) for five four-year terms (1984-2003). Within the WMO scope of competence, he has made major contributions to the implementation of the Vienna Convention and its Montreal Protocol.

Professor Obasi served the Nigerian Government in several capacities including that of an Adviser to the Federal Government of Nigeria in meteorological research and training. From 1967 to 1976, he was Professor of Meteorology, Chairman of the Department of Meteorology and Dean of the Faculty of Science at the University of Nairobi, Kenya. In 1978, he joined the WMO Secretariat as the Director of the Education and Training Department.

Before his death on the 3rd of March 2007 at age 74, Professor Obasi published over 150 scientific and technical papers and delivered hundreds of scientific and policy-related lectures to several high-level meetings, including at ministerial and Heads of State and Government levels.