Pretomanid, a novel compound developed by the non-profit organisation, TB Alliance, has been granted a conditional marketing authorisation by the European Commission (EC) for treating highly drug-resistant forms of pulmonary tuberculosis (TB).

The combination treatment of bedaquiline, pretomanid and linezolid – collectively referred to as the BPaL regimen – was studied in the pivotal trial entitled Nix-TB. The multicenter, open-label trial enrolled 109 adults across three sites in South Africa with XDR-TB as well as treatment-intolerant or non-responsive MDR-TB.

The primary efficacy endpoint for the study was the incidence of an unfavourable outcome defined as treatment failure (bacteriologic or clinical) or disease relapse through follow-up until 6 months after the end of treatment. Most patients in Nix-TB were treated with six months of the BPaL regimen. For two patients, treatment was extended to nine months.

The application for this conditional marketing authorisation contains data on 1,168 adults who have received pretomanid in 19 clinical trials that have evaluated the drug’s safety and efficacy.

Pretomanid is a new chemical entity and a member of a class of compounds known as nitroimidazooxazines. Developed by TB Alliance since 2002, pretomanid has now received authorisation as an oral tablet formulation as part of the BPaL regimen for the treatment of highly drug-resistant forms of pulmonary TB. It is now indicated for use in a limited and specific population of patients.

TB Alliance’s exclusive commercialisation partner in Europe is Mylan, a global pharmaceutical company, which will market pretomanid as part of the BPaL regimen.

“Mylan has a longstanding commitment to battling infectious diseases around the world. We look forward to bringing pretomanid to patients throughout Europe and expanding access to this critical treatment as we have done in the U.S. and several rest-of-world markets. The authorisation by the European Commission is another step forward in continuing to advance global access to TB treatments for patients in need,” said Mylan President, Rajiv Malik.

The conditional authorisation requires the completion of long-term follow-up of patients in the Nix-TB trial as well as completion of TB Alliance’s ZeNix trial, which is evaluating the safety and efficacy of the BPaL regimen with varying doses and durations of the drug linezolid. 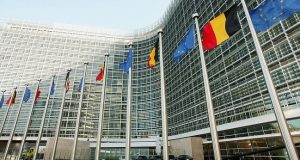