One of the most dominant themes in Nigeria’s socio-political debate has been the issue of rising corruption amidst a proliferation of anti-corruption programmes. Since its independence from Britain in 1960, Nigeria has grappled with the challenge of taming corruption. Many regimes have been toppled from power after being accused of tolerating corruption, or even engaging in it. Yet the scale and complexity of corruption appear to grow with each succeeding regime. 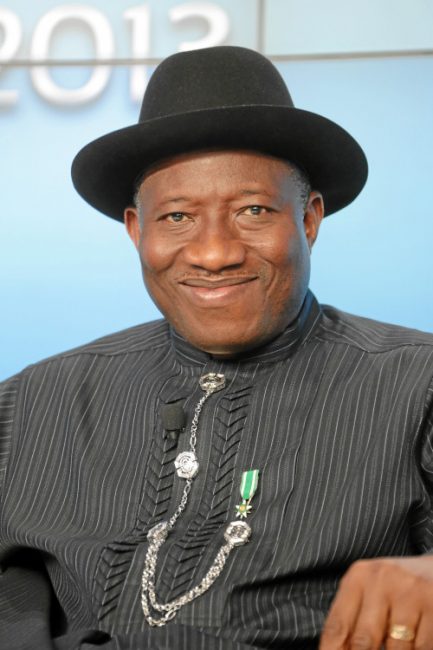 From a handful of incidents in the early post-independence period (1960-1966), to widespread in the 70s and 80s, the vice gradually became systemic and institutionalised during the 90s, when successive authoritarian and unaccountable military regimes tolerated or even adopted it as a policy of statecraft. Since returning to a democracy the phenomenon appears to have become even more widespread.

Some of the most common forms of corruption experienced in Nigeria today  include acceptance of gratification and other forms of inducements, influence peddling; embezzlement of public funds and conflict of interests, for example, in the award of contracts by pubic office holders to cronies, family members and personally held companies. Corruption has also found expression in recruitment, appointment and promotion of public officers, misappropriation and conversion of public property, procurement scam, leaking of tender information, diversion and misappropriation of funds through manipulation or falsification of financial records, payment for favourable judicial decisions, electoral and examination malpractices among others. In recent times, no institution or sector of the country has been spared of corruption including religious bodies, educational institutions, judiciary, military, and the private sector.

Evidence of corrupt practices is not difficult to find in Nigeria. Many corrupt practices have been extensively reported in the local media. Others can be found in reports of a multitude of official inquiries established by governments at all levels. Many academic studies have also been carried out on the subject. In the last 10-15 years, Nigeria’s anti-corruption agencies have also investigated and prosecuted several corruption cases shedding further light on the nature and levels of corruption in contemporary Nigeria. Thus, it will seem that Nigerians have good cause to worry about the level of corruption and its effect on their society. Indeed, corruption is not only seen as endemic in Nigeria but is also widely considered in development circles as the most obstructive force hindering the country’s development.

The centrality of corruption to Nigeria’s socio-political discourse has fostered two positive realities. On the one hand, it has spurned hundreds of scholarly research and studies. The findings illuminate different aspects of the phenomenon including its nature, causes, consequences and possible remedies. On the other hand, the discourse has also encouraged successive Nigerian governments to conceive and implement several policies and programmes aimed at addressing the problem of corruption in Nigerian public life. Some of these interventions include the enactment of numerous anti-corruption legislation, establishment of several anti-corruption agencies; and the signing of relevant international treaties and protocols.

Despite these commendable efforts, there remains a growing concern that Nigeria is not making much progress in its efforts to significantly reduce corruption. One of the major reasons for this is perhaps the poor integration of available research products into the design, implementation and review of anti-corruption intervention by both government and other stakeholders. Indeed, while an increasing number of scholars have studied the phenomenon and published extensively on the same, there is little evidence that products of anti-corruption research come to the attention of policymakers and ultimately influence policymaking in Nigeria. This has in turn contributed to the failures of successive anti-corruption projects in Nigeria.

In order to close this observed ‘research-policy gap’ and further facilitate the ongoing campaign for a corruption-free Nigeria, the Anti-Corruption Academy of Nigeria (ACAN),  the research and training arm of the Independent Corrupt Practices and Other Related Offences Commission (ICPC), and the United Nations Office for Drug and Crime (UNODC) are jointly organising an international conference on the theme, Anti-Corruption Research and Policymaking in Nigeria: 40 Years After the Theory of Two Publics.

The period indicated in the theme is symbolically marked against one of the well-known theories of corruption developed from the Nigerian experience. The theory developed by Professor Peter Ekeh is published in the 1975 edition of the Journal of Comparative Studies in Society and History as “Colonialism and the Two Publics in Africa: A Theoretical Statement”.

The conference, scheduled to hold October 26 t0 27, 2015 in Abuja, aims to bring together researchers and policymakers concerned with corruption and anti-corruption programmes in Nigeria to brainstorm on the opportunities and strategies for the interface between research and practice. Leading experts in the field from within and outside Nigeria will be invited to deliver papers and take part in the discussions.

In terms of objectives, the conference is designed to assure a broad multidisciplinary coverage of anti-corruption research and challenges involved in enhancing the integration of available knowledge or research based evidence into policymaking.  In more specific terms, the conference will help to:

Conference organisers are seeking papers related to any of the sub-themes listed above from interested academics, staff of civil society organisations, development agencies, and operatives of anti-corruption agencies.