The Nigerian government has been told to diversify national energy sources to encourage state and non-state actors to develop mini-grid and off-grid solar energy systems to promote greater energy access by all.

These submissions were made by Dr Godwin Uyi Ojo, Executive Director, Environmental Rights Action/Friends of the Earth Nigeria (ERA/FoEN) in Benin City, Edo State on Thursday, October 29, 2020 in a presentation titled: “Life beyond oil: Toward a post petroleum economy for Nigeria.”

In particular, Nigeria’s Green Bond, and the Bank of Industry, it said, should support and step up investments to individuals and Community Energy Cooperatives in the renewable energy sector.

Dr Ojo, a political ecologist, wants the renewable energy sector encouraged through subsidies, grants, and tax holidays including elimination or reduction of the Value Added Tax (VAT) from the current level of 7.5% “as a crucial step to encouraging the transition”.

“While demonstrating political will and reduce corruption for renewable energy to thrive in Nigeria, government should include renewable energy technologies and climate change in the school curriculum to empower the youths and make them solutions to the national energy poverty,” he said, calling on civil society groups to increase advocacy and policy engagement with the government to embrace renewable energy and take action to put an end to oil and gas development.

“Civil society should demand federal, state and local governments’ involvement in the provision of mini-grids and off-grids solar systems and other renewable energy options. They should also conduct practical demonstrations and cluster community energy projects in the communities to promote access to cleaner energies,” said the ERA/FoEN head.

According to him, government intervention through subsidies, grants, and tax holidays are crucial steps to achieving the transition. “Apart from dealing with the problem of political will and corruption in government establishments, Nigeria’s Bank of Industry should step up support and investments in the renewable energy sector.”

He insisted that the lack of a timely shift to renewable energy sources development in Nigeria means that the country is being left behind in the new global energy transition, warning that the country may pay a huge price of becoming a dumping ground for cleaner technologies and products.

“Nigeria can quickly become the renewable energy hub of West Africa if it makes the right investment on human capital development with our youths at the driving seat of sustainable development and in the generation of green jobs that are far more rewarding with high employment absorption than oil and gas,” Ojo stated.

He noted that the research toward a post petroleum economy was commissioned by ERA/FoEN to provide some cost-benefit analysis of oil and gas and the prospects of renewable energy for Nigeria.

His words: “It is to help policy makers to take the bold step toward a post-petroleum economy for Nigeria while depending less on oil and gas revenues. The research, which builds on decades of campaign to “leave the oil in the soil”, focuses on the benefits of oil and gas in relation to the renewable energy sector.” 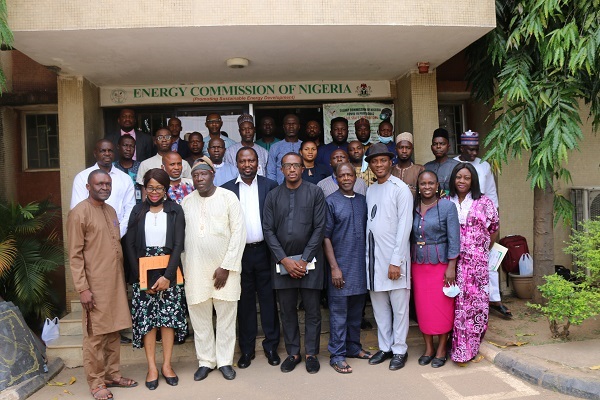