September 12, 2016 Comments Off on Earthquake occurrences, observations in Nigeria 8,979 Views

Although Nigeria is not located within the major seismic zones of the world; over the years, several minor earthquakes have been experienced in some parts of the country. 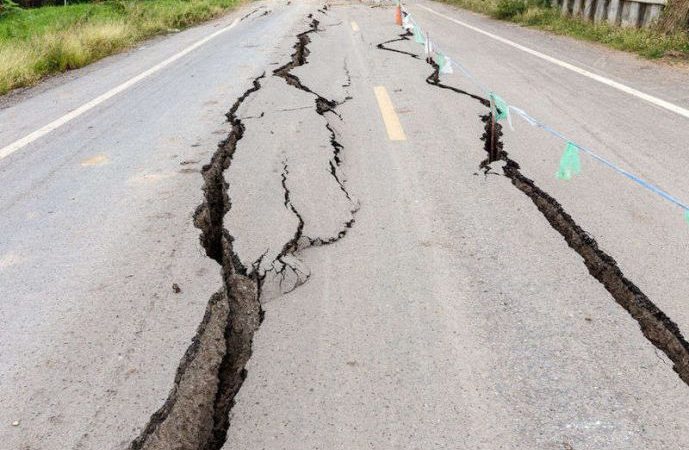 ALSO READ:  COVID-19: WHO has not delisted Nigeria from vaccines beneficiaries, says govt

These pockets of activities were felt in different parts of the country with the southwest region recording the highest number of events and moderate magnitudes of between 4 and 4.5.

The geology and the structural tectonic setting of the region in question are the probable mechanisms that are responsible for the observed and recorded events in Nigeria.

When these events occurred, there were no functional seismological observatories in Nigeria. However, that has now changed with the establishment of a seismographic network managed by the Centre for Geodesy and Geodynamics (CGG), Toro, Nigeria.

In 2006, the Centre for Geodesy and Geodynamics in Toro took over the management of the Nigerian National Network of Seismographic Stations (NNNSS) established by the National Agency for Science and Engineering Infrastructure (NASENI).

Presently, the network has four operational stations equipped with 24-bit 4-channel recorders and broadband 30-second seismometers. Efforts are being made to establish more stations and migrate to real-time collection of seismic data using the general packet radio service (GPRS) technology as well as automatic location of events.

Effort to increase the number of stations has reached an advance stage. The Centre also intends to modify the monitoring framework to collocate with Continuously Operating Reference Stations (CORS), Global Positioning System in the exiting five stations and the proposed additional one station.

Remote sensing, geological and geophysical studies have revealed the presence of a NNE-SSW trending Ifewara-Zungeru fault zone which has been shown to be linked with the Atlantic fracture system. The dynamics of the Atlantic fracture zones have been suggested to be responsible for the seismic activities experienced in the areas.