The World Igbo Environment Foundation (WIEF) has called for the dredging of River Niger and de-silting of water bodies to solve the perennial problem of flooding in Nigeria. 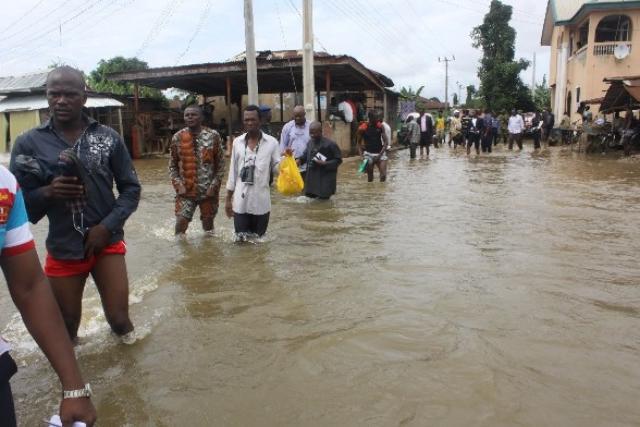 The foundation’s Executive Director, Dr Odili Ojukwu, suggested this in an interview with the News Agency of Nigeria (NAN) on Wednesday, October 31, 2018 in Awka, the capital of Anambra State.

Ojukwu said that apart from mitigating the impact of flooding on the lives in affected communities and the national economy, dredging had immense potential for trade and industry.

He said climate change had come to stay with all its consequences and called on the Federal Government to come up with sustainable ways of managing it and exploring other opportunities.

The foundation said it would also facilitate the development of vibrant economy along the coastal lines and decongest some major cities of the country.

“River Niger needs to be dredged for the benefit of the entire Nigeria; this flood would have been effectively contained if river Niger was appropriately dredged before now.

“The streams and rivers which serve as flow corridors for floods are clogged up, they have to be de-silted so that they can withstand flood considerably when it comes.

“The benefit of dredging is so enormous; it will increase coastal transport system, easier and cheaper movement of goods and also enhance irrigation for farming,” he told NAN explaining the causes and benefits of dredging.

“Again, it will help to develop the glass industry because sand is a major raw material in the production of glass and reduce the indiscriminate mining of sand which leads to erosion of the environment.

“Why should we continue to neglect a critical sector like that which borders on the human person, ecology, environment, economy and industry.

“We are having issues of congestion in Lagos, Kano, Abuja, Kaduna while we can open up other areas for economic purposes and move some of our population there,” he said.

The WIEF chief also called for an environmental policy that would be proactive, people oriented and cost efficient.

He decried the huge amount of money spent on relief materials and rebuilding of destroyed properties and livelihoods because of flood disaster.

“I can challenge anybody; the cost of responding to flood and erosion emergencies (relief materials and repairs) is much higher than the budget for environment ministry both at the federal and state levels.

“The approach of government to these emergencies is more of reactionary that proactive, when the alarm is sounded by the National Emergency Management Agency (NEMA), the next move be `what can be done to reduce the effect’?

“But they were busy setting up Internally Displaced Peoples (IDPs) camps without working on possible mitigation of factors like what we see in Asia and America.

“They don’t have to wait until erosion by flood cuts off major roads and vehicles plunge into them and when it begins to claim human lives,” Ojukwu said.

“Nigeria needs actionable environmental policy which is people-driven, gone should be the days when Abuja conceive projects and give it to people without knowledge of the terrain to implement.

“There are non-structural issues that can be done without much money, but government will not deal with those issues until the whole issues degenerate.”

Ojukwu said Ecological Fund should be scrapped and be made part of the federal allocation so that states could use the increase to deal with their peculiar challenges.

According to him, the Ecological Fund is just free money for politicians; it should be scrapped completely because it was no longer serving the original purpose.

“Rather, the Federal Government should make it part of the money shared among the tiers of government, this will increase what is available to states to fund the various sectors of their economy,” he said.