Gov. Umaru Al-Makura of Nasarawa State has urged the federal and state governments to set up grazing areas to address the incessant clashes between herders and farmers in the country. 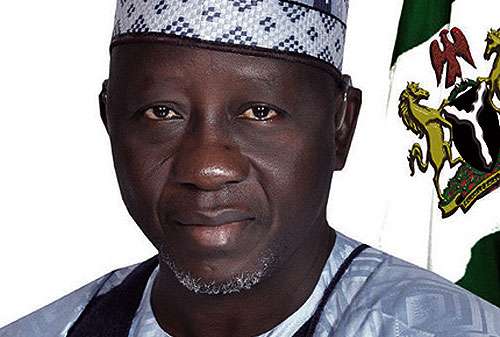 Al-Makura made the call on Wednesday, October 31, 2018 in Lafia, the state capital, at the stakeholders’ meeting organised by the Presidential Committee on Farmers/Herders crises in collaboration with the Nasarawa State Government.

Represented by Haruna Osegba, the state Commissioner for Local government and Chieftaincy Affairs, the governor also called on private individuals, groups and organisations to set up private ranches to curb the farmers/herdsmen clashes.

He maintained that all established cattle routes should not be blocked during and after harvest to guarantee the constitutional rights to the free movement of citizens.

Al-Makura stressed the need to intensify surveillance and patrol by security agencies and urged farmers and herders to refrain from taking laws into their hands but rather report cases of trespass to constituted authorities for redress.

The governor said perpetrator and sponsors of heinous crimes, including the farmer/herder conflicts, should be promptly arrested and prosecuted to serve as a deterrent to others.

Al-Makura noted that the establishment of the Community-Based Conflict Resolution Committees at the state, local government, district and village levels by his administration had yielded tremendous results in resolving conflicts among individuals and communities.

He lauded the intervention of the Federal government over the farmers/herder crises, especially the establishment of the Presidential committee headed by the Vice President, Prof. Yemi Osinbajo.

“Let me commend the efforts of the presidential committee for your commitment toward engendering symbiotic and peaceful relationship between farmers and herders with a view to harnessing our agricultural potential for socio-economic growth of the country.’’

He stated that the assignment of the committee was in line with the vision of the President Muhammadu Buhari-led administration.

Al-Makura added that hosting the meeting in Nasarawa state was apt, particularly as harvest season usually characterised by incessant farmers/herder conflicts was approaching.

“It’s my belief that this meeting will draw inspiration from our unique broad-based community-based conflict resolution mechanism for possible adoption,” Al-Makura added.

Earlier, Dr Andrew Kwasari, secretary of the Presidential Committee, said the meeting was the third in the state since its inauguration in 2017.

He said the essence of the stakeholders’ meeting was to put in place machinery for the commencement of the implementation of resolutions reached by stakeholders in the previous engagement toward resolving such crises.

Kwasari noted that the harvest season (November-February) mostly witnessed perennial crises, hence the need to build the capacity of the local communities to be able to amicably resolve conflicts that might arise between farmers and herders during the period.

He explained that the Federal and state government had developed an expanded plan following inputs from the stakeholders in the state during the fact-finding visits of the committees earlier in this year.

He said the 10-year plan aimed at developing a robust livestock and crop production system in the country could only be implemented with the support and commitment to conflict resolution by all stakeholder, especially those in the rural communities.