Is the Dead Sea dying?

On the Dead Sea’s coast in the occupied West Bank, Israeli settlers, Palestinians and tourists make the downhill trek from the former waterline to its new resting place. 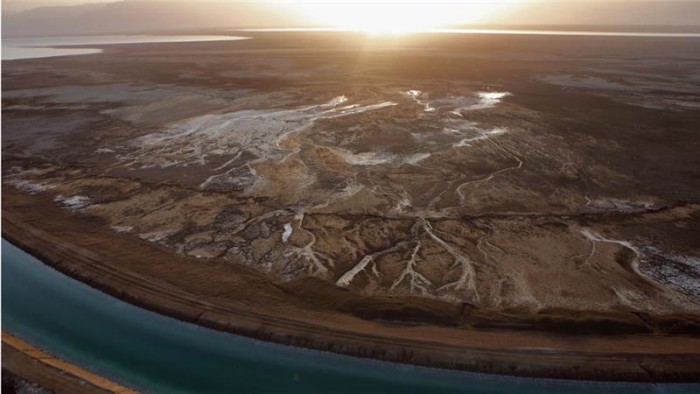 Israel, Jordan, and the occupied West Bank all border the Dead Sea and have taken steps to deal with its disappearance. Photo credit: Getty Images

The Dead Sea, a unique body of water marked by mineral-rich, unusually salty water – nearly 10 times saltier than the world’s oceans – is dying. Its water level is dropping by roughly one metre each year.

“We think that the current situation is an ecological disaster,” said Gidon Bromberg, director of EcoPeace Middle East (EPME), an organisation that brings together Israeli, Jordanian and Palestinian environmentalists to protect their shared environmental heritage.

“It’s unacceptable: The unique ecosystem is in severe danger, threatening biodiversity, and you see dramatic sinkholes opening up along the shore,” Bromberg said, referring to the large, unpredictable cavities that have appeared recently. Some are so cavernous that they swallow entire structures. 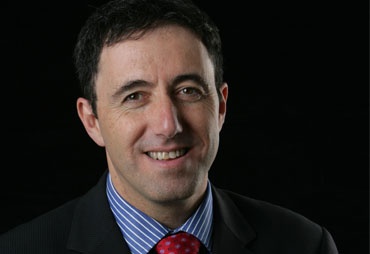 According to Bromberg, the two main reasons for the dropping water level are mineral extraction by Israeli and Jordanian companies in the artificially shallow southern basin, and the fact that 95 percent of the Jordan River – the Dead Sea’s main source of replenishing water – is being diverted. The river used to provide 1,350 million cubic metres (mcm) of water each year, but that flow has dwindled to just 20 mcm.

Israel, Jordan, and the occupied West Bank all border the Dead Sea, and have taken steps to deal with its disappearance. The first concrete plan was signed in 2005, when all three parties signed a letter to the World Bank that allowed the international financial institution to investigate the feasibility of a $10 billion project to pump 850 mcm of water from Jordan’s section of the Red Sea to a desalination plant at the southern end of the Dead Sea.

The 2,000 mcm of ultra-saline brine that results from the desalination process would then be pumped to the Dead Sea over the course of 40 years. Bromberg said EPME was unable to support this project, because the “environmental impact was unknowable”.

A main concern for environmental groups has been the effect that introducing such high volumes of foreign brine water would have on the Dead Sea’s unique ecosystem, which features unique bacterial and fungal life forms.

After years of consultations involving government officials and civil society groups, including EPME, the original project was put on hold. However, the parties continued negotiations, and in February, a final agreement emerged: a $950m “pilot programme” water-sharing arrangement, in which Jordan will construct a desalination plant near Aqaba, on the coast of the Red Sea.

The scheme will produce about 85 mcm of fresh water a year. Up to 50 mcm will be sold to the southern Israeli resort city of Eilat, leaving about 35 mcm for use in Aqaba city. As part of the agreement, Israel will sell another 50 mcm of freshwater to Amman from the Sea of Galilee.

EPME supports the new water change agreement between Israel and Jordan. Bromberg told Al Jazeera that this much smaller project “will have manageable environmental impacts that make a lot more sense”. However, EPME does not support the deal’s proposed pipeline that will pump desalinated water to the Dead Sea from Aqaba, saying the projected cost of $400m is “not realistic” and would only halt the drop in the Dead Sea’s water level by about 10 percent, without addressing related environmental concerns.

Jordan, as one of the world’s most water-scarce countries, stands to gain from the agreement. But the Palestinian Authority (PA), the governing body of the occupied West Bank, was left out. Israel and Jordan are approaching the new arrangement bilaterally.

The PA is awaiting negotiations with Israel on a separate agreement, in which Israel would sell another 20-30 mcm a year to the West Bank.

Clemens Messerschmid, a German hydrogeologist who has been working on water projects in the Gaza Strip and West Bank since 1997, told Al Jazeera that these agreements were nothing more than an attempt by Israel to cement the current status quo, in which it controls water extraction from the occupied territories and the Jordan River basin then sells this water back to Palestinians.

“Palestinians, by default, are the real loser of these agreements, whether the ‘pilot programmes’ or the $10 billion World Bank scheme,” Messerschmid said.

Israel became a water-surplus country in 2013. Often, programmes encouraging conservation and recycling of waste water are cited as the reason for Israel’s water surplus, but Messerschmid said the overwhelming majority of the surplus comes from the five desalination plants constructed along Israel’s Mediterranean coast.

The Palestinian Central Bureau of Statistics says that roughly 100 mcm of water are extracted for use in the occupied territories from their own resources, namely aquifers in the West Bank, every year. The West Bank’s yearly water need is 400-450 mcm, leaving a gap that must be filled by purchasing water from Israel.

“Under international law, Palestinians in the West Bank have the right to access the water of the Jordan River, but they haven’t seen a drop since 1967,” Messerschmid stated. “Furthermore, Israel doesn’t allow them access to more than microscopic amounts from the local mountain aquifer sources.”

“I would say that the situation in the West Bank is worse than ever before, with water access and availability at dire levels,” Rabi told Al Jazeera.

Both Rabi and Bromberg were hopeful about one aspect of the new water reality in the region: Israel’s water surplus should make negotiations on Palestinian water rights easier.

“Five years ago, had you wanted to share the water more fairly, Israeli farmers would have blocked every road. With this surplus, natural water can be shared more fairly,” Bromberg said.

Messerschmid, meanwhile, believes that the uproar over the Dead Sea’s water needs pales in comparison to the water needs of the Palestinians. “These are real people, with real concerns regarding access to water; 4.6 million Palestinians [have been] held hostage to Israel’s hydro-apartheid for half a century,” he said.

“Their rights should be held above that of the bacteria at the bottom of the Dead Sea.”

Like Loading...
2015-09-09
admin
Previous: Middle East nations most likely to be water-stressed in 2040
Next: Micro-hydro scheme to transform Malawian communities