Rodriguez aims to scale up action on forestry, food and land use, and biodiversity loss, and to support ambitious results from upcoming international climate and nature negotiations.

Rodriguez, an environmental lawyer and internationally recognised expert on financing for nature conservation, was selected for the post in June by the GEF Council, the multilateral trust fund’s governing body representing 184 countries.

“I am humbled and honoured to embark on this journey, and am very optimistic about what the Global Environment Facility will be able to achieve working together with its partners to increase investment in environmental protection at a critical moment for the world economy and for society,” he said. “The COVID-19 pandemic has driven home just how fragile life is when nature is under strain. We simply cannot have healthy people without a healthy planet.”

Rodriguez added: “While the year ahead holds a lot of uncertainty, it also has enormous potential and I am eager to work with leaders in government, civil society, and the private sector through the GEF partnership to achieve the breakthrough we need after 2020.

“When the COVID-19 recovery occurs, we will have a once-in-a-lifetime chance to scale up support for critically needed nature-based solutions to help our forests, lands, and oceans sequester carbon and protect habitats. The GEF is uniquely poised to lead this change and I look forward to working with our partners to seize this moment and rewrite the narrative for biodiversity and the climate, the underpinnings of human life.”

Prior to joining the GEF, Rodriguez served three terms as Costa Rica’s Environment and Energy Minister, and spent 12 years as Vice President for Global Policy at Conservation International where he supported environmental action in 30 tropical countries in Central and South America, Africa, and Southeast Asia.

He was also a pioneer in the development of Payment for Ecosystem Services initiatives and strategies for forest restoration, ocean conservation, and de-carbonisation. During his tenure as Minister of Environment and Energy, Costa Rica doubled the size of its forests, made its electricity sector 100 percent renewable, and consolidated a National Park System that has positioned the Central American country as a prime ecotourism destination.

Rodriguez has participated in all the major multilateral environmental negotiations since the 1992 Earth Summit, including those on climate change, biodiversity, and desertification, as well as negotiations for the creation and implementation of the GEF and the Green Climate Fund.

Rodriguez’s educational background includes a legal degree from the Law School of the University of Costa Rica, and a master’s degree in Environmental Law and Policy from Southern Methodist University in Dallas, Texas.

He takes over from Naoko Ishii of Japan, who served two terms as GEF CEO and Chairperson and is now Director of the Centre for Global Commons at the University of Tokyo.

Since its establishment on the eve of the 1992 Rio Earth Summit, the GEF has reportedly provided close to $20.5 billion in grants and mobilised an additional $112 billion in co-financing for more than 4,800 projects in 170 countries. Through its Small Grants Programme (SGP), the GEF has provided support to nearly 24,000 civil society and community initiatives in 133 countries. 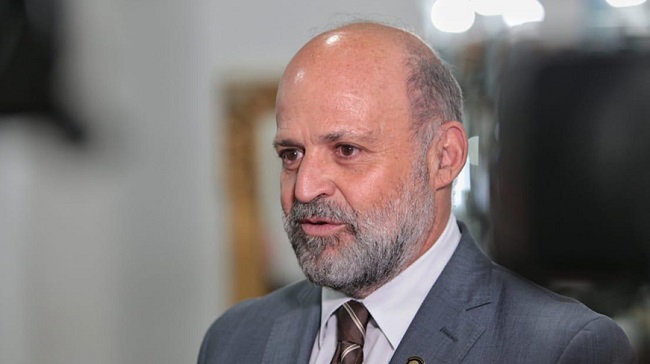