Voting members of the International Union for Conservation of Nature (IUCN) World Conservation Congress on Wednesday, September 8, 2021 passed a motion calling for a moratorium on ocean mining.

The World Conservation Congress is a major global gathering on nature that brings together 1,400 members from more than 170 countries.

One of the many motions under consideration by the conservation body – motion 069: “Protection of deep-ocean ecosystems and biodiversity through a moratorium on seabed mining” – received over 80% of the votes from government agencies participating in the IUCN and 90% of the votes from NGOs and civil society organisations.

The landmark decision on ocean mining comes at a time when the deep-sea extractions industry is pushing forward with efforts to mine the ocean, despite a growing chorus of concern, by scientists, businesses, NGOs and others, about its potentially devastating impacts on ocean life, the fishing industry and the climate.

In addition to a coalition of organisations seeking to halt the extraction of minerals from the ocean floor, representatives from the German and Fijian governments voiced their support for the motion in the leadup to the vote.

Earlier this year, a statement signed by more than 570 scientists urged a pause to ocean mining until sufficient scientific information on potential environmental impacts could be collected. Of particular concern is the impact ocean mining can have on deep sea life; scientists say they have only begun to identify the rich marine life in the ocean’s deepest waters. Potential impacts could also be detrimental to commercially important seafood resources and risk disrupting the capacity of the ocean to capture carbon and slow climate change.

Douglas McCauley, Professor, University of California Santa Barbara, said: “The passage of this motion sends a strong and clear statement from the global leaders in government, civil society, indigenous communities, business, and academia to the world: our ocean should not be mined. As a scientist, I am heartened by their decision. The passage of this motion acknowledges research from scientists around the world showing that ocean mining is simply too risky a proposition for the planet and people.”

Jessica Battle, Lead, Deep-Sea Mining Initiative, WWF, said: “The resounding Yes in support for a global freeze on deep seabed mining is a clear signal that there is no social licence to open the deep seafloor to mining. Instead, focus needs to be on reducing consumption of primary metals, through a circular economy and innovation.”

Matthew Gianni, Co-Founder of the Deep-Sea Conservation Coalition (DSCC), said: “We are very pleased to see so many governments, agencies and NGOs voting for a moratorium on deep-sea mining; the support has been overwhelming. Member countries of the ISA, including France which hosted this Congress, need to wake up and act on behalf of civil society and the environment now, and take action in support of a moratorium.”

Sian Owen, Director of the DSCC, said: “Hopefully the vote in Marseille will translate into a vote at the ISA to adopt a moratorium on deep sea mining.” 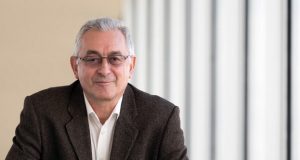 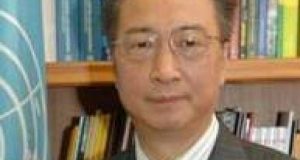 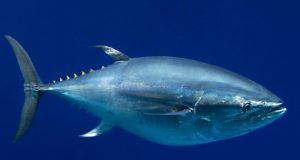