The final report of the National Conference is ready and will be debated by delegates on Aug. 13 in Abuja, Assistant Secretary, Media and Communications of the conference, Mr James Akpandem, has said.

Akpandem told the News Agency of Nigeria (NAN) on Wednesday in Abuja that the report of the conference was already being reproduced to meet the required number of the delegates. 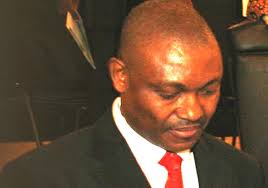 He expressed the hope that the required copies would be ready before the resumption of plenary on Aug. 11.

The media officer said: “The report is ready and is being reproduced.

“It is hoped that before the scheduled date, the required number in the produced volumes will be available.”

Akpandem, however, said that copies of the report would not be given out to delegates ahead of the resumption date.

According to him, however, each delegate will only be given copies on resumption.

The media officer explained that delegates, after collecting the reports, would be expected to study them in two days ahead of the final discussion.

NAN reports that the conference Chairman, Justice Idris Kutigi (rtd), had on July 14, adjourned plenary until Aug. 4 and subsequently to Aug. 11 for adoption of the final report. (NAN)