May 27, 2021 Comments Off on Coalition lauds Dutch court ruling against Shell 401 Views

Health of Mother Earth Foundation (HOMEF), Corporate Accountability and Public Participation Africa (CAPPA) and Environmental Rights Action/Friends of the Earth Nigeria (ERA/FoEN) have hailed the Wednesday, May 26, 2021 court ruling against Shell in The Hague in a climate change case brought by several groups including Friends of the Earth Netherlands.

The landmark ruling mandates Shell to reduce its carbon emissions throughout its supply chain (including its suppliers and customers) by 45% as compared to 2019 levels by the end of 2030. The ruling comes amidst the immense global pressure the company is facing to set short, medium, and long-term emissions targets that are consistent with the Paris Agreement.

The lawsuit was filed in April 2019 by seven activist groups – Friends of the Earth Netherlands, Greenpeace, Both ENDS, Fossielvrij Netherlands, ActionAid, Jongeren Milieu Actief and the Waddenvereniging – on behalf of 17,200 Dutch citizens.

In a joint statement issued in Lagos on Thursday, May 27, HOMEF, CAPPA and ERA/FoEN welcomed the judgement and revealed that Shell knew for several decades that its activities was responsible for global warming, putting people and the planet at grave risk, but continued to deny and live in denial.

Director, Health of Mother Earth Foundation, Nnimmo Bassey, said: “We expected nothing less. The court at The Hague rightly held that Shell’s plan to cut emissions by 20% by 2030 relative to 2016 levels was measly and grossly inadequate. Even worse is the fact that the so-called cut was to put them on the path to achieving “net zero” status by 2050.”

Bassey explained that “Net zero” does not mean ending of emissions; It simply means Shell would continue polluting and merely carry out some activities that assume to absorb some of the carbons they emit using mathematical formulations. The court apparently did not buy the idea and demanded a cut of 45% of their emissions compared to 2019 levels.

Executive Director of CAPPA, Akinbode Oluwafemi, said: “The Dutch ruling is a clear and an unmistakable warning to oil companies that believe they can deny climate change and keep engaging in destructive exploitation of fossil resources across Africa and elsewhere. Shell thought it could pollute in the Niger Delta and other communities in the global south and enjoy immunity in the global north. Obviously, the company was wrong. Judgement day has already begun for Shell.”

Oluwafemi added that the ruling will further embolden impacted communities that have long sought justice to look to the courts for reprieve against Shell and other oil companies perpetrating ecocide on African soil and elsewhere in the global south.

Acting Executive Director of ERA/FoEN, Chima Williams, said: “The landmark Dutch court ruling is heartwarming because it reinforces our conviction that the tragedy of the Niger Delta must be nipped in the bud without delay. Shell must not dream of running into the deep offshore in the Niger Delta, dodging responsibility for over six decades of its onshore pollutions and stereotyping of the locals. Cutting their emissions as demanded by the Dutch Court is a first step, they must also clean up their mess in the Niger Delta and restore the environment to its pristine.”

The groups said: “The future of fossil fuels investment is fast becoming history. This is the time to wake up from the deadly fossil fuel revenue dreams. As the African proverb says, those who burn their father’s house inherit the ashes. We are at a pivotal moment in time. It is a time for urgent transition from fossil fuels dependency rather than not trap needed resources in stranded assets.

“The case is the first in which activists have taken a major energy firm to court to compel it to overhaul its climate strategy. In January, some Niger Delta farmers also secured a win against Shell.

“The court has ruled. Oil companies and governments must listen,” the groups insisted. 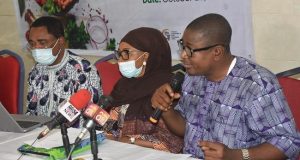 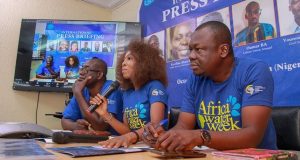 Civil society and labour activists from Africa campaigning against water privatisation will hold the first ...